The student activists who blamed Chelsea Clinton for the New Zealand mosque shootings say their only aim was “to speak truth to power.”

The aggressive group confronted a pregnant Clinton at a New York University vigil Friday for the 49 Muslims killed in the Thursday attack. But the students, who say they “are unafraid to speak the truth,” wrote in a BuzzFeed News op-ed piece posted Sunday that cornering Clinton was all about their “duty to call out any bigotry wherever it exists.”

“This right here is the result of the massacre stoked by people like you and the words that you have put out into the world,” one student said to Clinton. “I want you to know that. I want you to feel that deep inside. The 49 people died because of the rhetoric you put out there.” (RELATED: Chelsea Clinton Apologizes To Students Who Blame Her For NZ Attack)

The activists apparently did not think Clinton had any business offering her condolences to the dead or attending any vigils.

“We did a double take when we first noticed Chelsea Clinton was at the vigil,” they wrote. “Just weeks before this tragedy, we bore witness to a bigoted, anti-Muslim mob coming after [New York Democratic] Rep. Ilhan Omar for speaking the truth about the massive influence of the Israel lobby in this country.” (RELATED: Minnesota Democrats Want To Topple Ilhan Omar And Nominate New Candidate)

U.S. Representative Ilhan Omar (D-MN) participates in a news conference to call on Congress to cut funding for ICE (Immigration and Customs Enforcement), at the U.S. Capitol in Washington, U.S. Feb. 7, 2019. REUTERS/Jonathan Ernst

Clinton disagreeing with Omar’s contention that Israel was buying-off Congress supposedly made Omar “vulnerable to anti-Muslim hatred and death threats” and therefore the group was “shocked when Clinton arrived at the vigil, given that she had not yet apologized to Rep. Omar for the public vilification against her.” They claimed “many students were dismayed to see her there.” 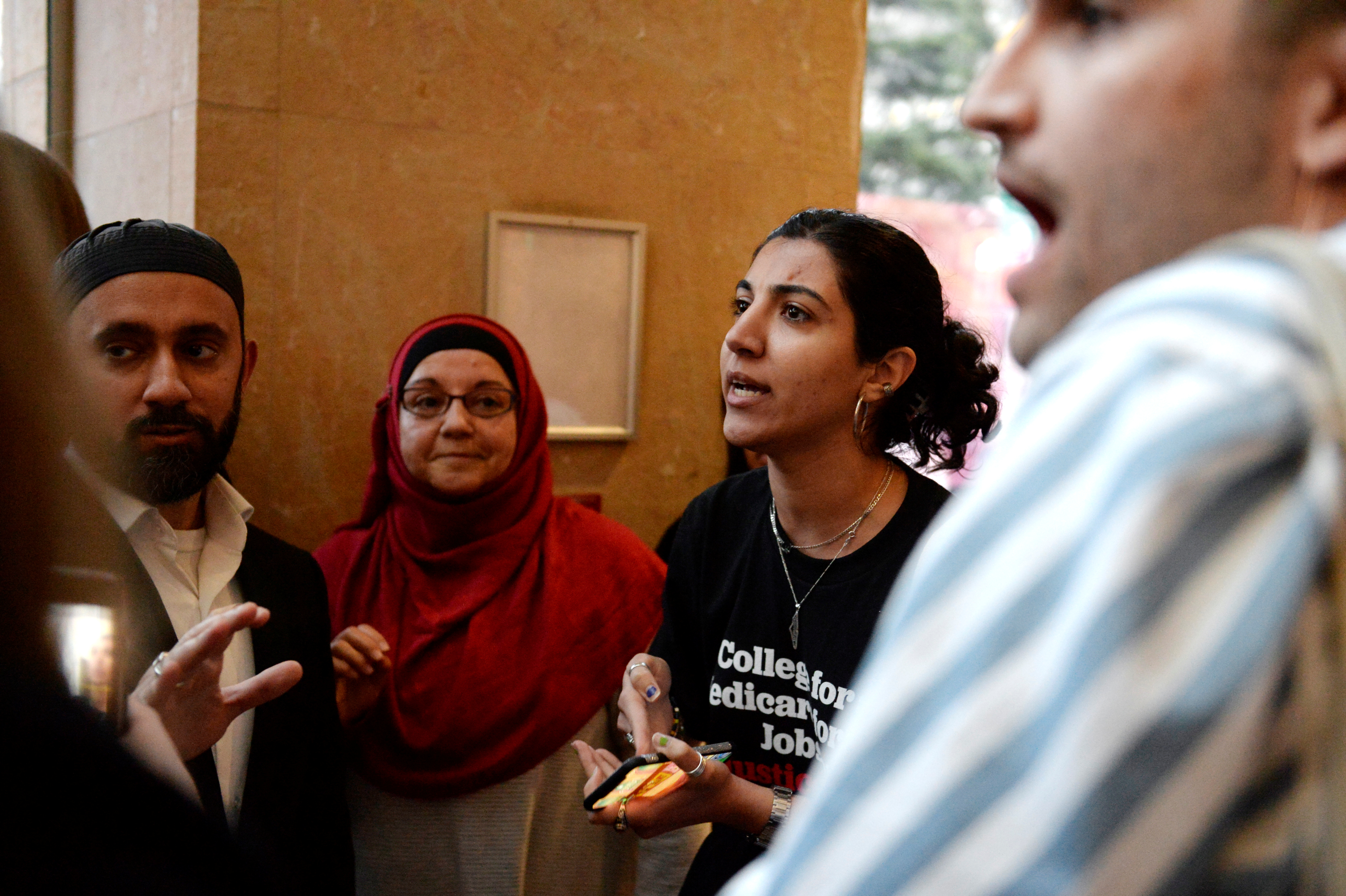 The activists noted they found the “opportunity to have her ear and confront her on her false charge of anti-Semitism against our only Black, Muslim, Somali, and refugee member of Congress. We took our chance to speak truth to power.”

While maintaining that “Chelsea hurt our fight against white supremacy” and reiterating their right to tell her she was unwelcome at a vigil, the student activists nonetheless argued that “for any of us to be safe, all of must be safe.”