Republican Indiana Sen. Mike Braun, co-sponsor of a recently introduced bill banning ex-congressmen from lobbying Congress, said his bill would help get Congress out of a “rut” — but he’s not expecting the legislation to gain traction anytime soon.

“I think that here you’d attract better people if you didn’t have them make a career out of it,” Braun told The Daily Caller News Foundation. “But so many incentives are put in place with pensions, the ability after you’re done to become a lobbyist, so you do nestle in, and then you start maybe not making the right long-term decisions. You basically make a decision: what will be best for me to nestle in further, be around here longer.”

Braun and Republican Florida Sen. Rick Scott are the cosponsors of the Banning Lobbying and Safeguarding Trust (BLAST) Act, introduced Feb. 28. Braun connected the legislation to his reform agenda, including doing away with taxpayer-funded pensions for members of Congress. (RELATED: Two Senators Introduce Bill To Keep Members Of Congress From Cashing In As Lobbyists)

Although the lawmakers are “barking up the right tree,” their solution might not be realistic, a government transparency expert told TheDCNF. 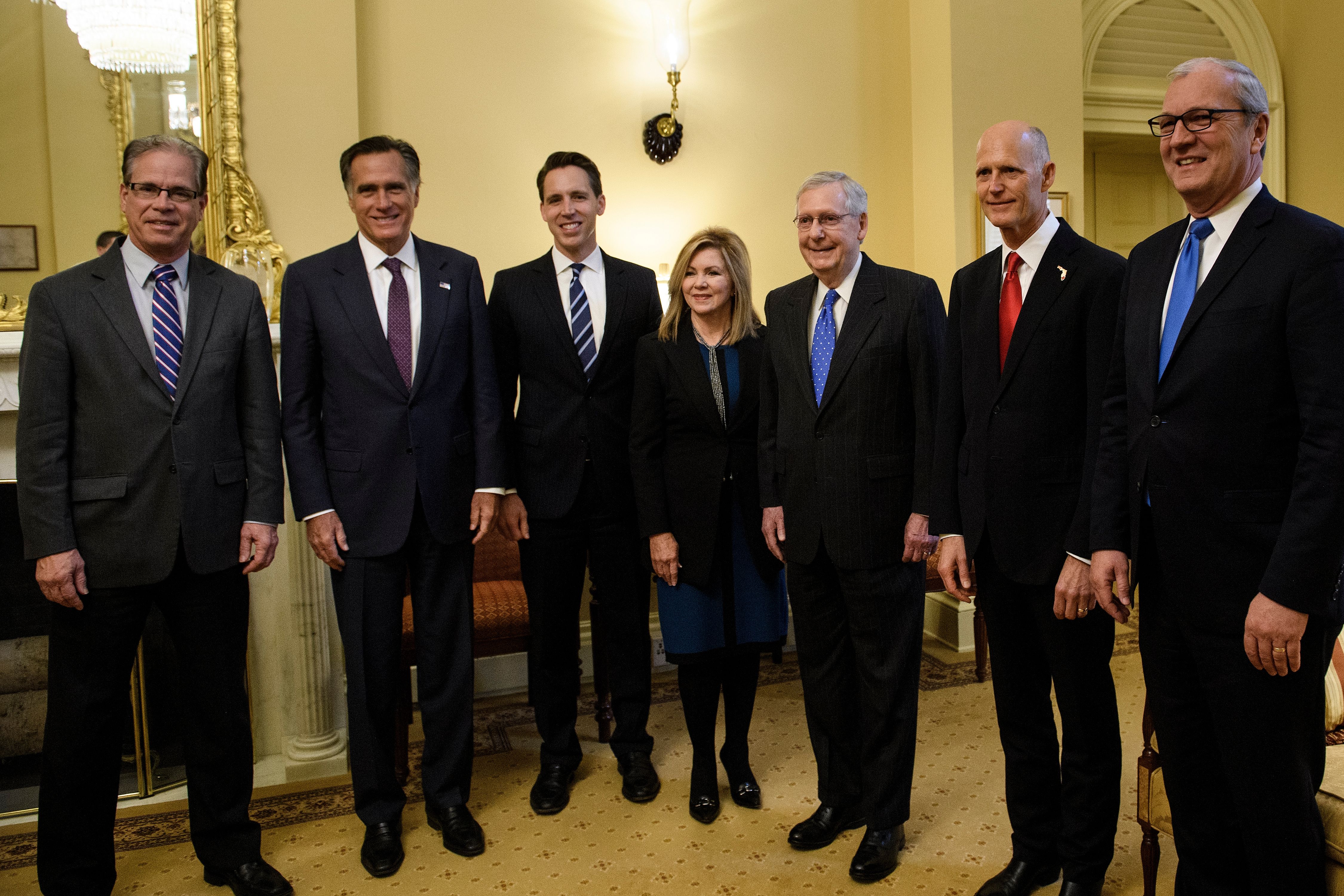 “You generally do see more of a reform agenda from some of the newer members that come into the Senate or into the House. We’re hoping some of their policies actually gain traction and can be supported in a bipartisan way,” Scott Amey, general counsel at the Project on Government Oversight, said in a phone interview. “The public is tired of politics as usual.”

Scott and Braun want to put an end to lawmakers stepping into the so-called “revolving door of K Street.” Current law mandates ex-House members must wait a year to lobby their former colleagues, while ex-senators must wait two.

Few have voiced opposition to the BLAST Act, but Braun predicts “people from everywhere coming out against it” if it ever received a committee hearing.

“Part of it would have to be where you grandfather the people that are here so you can get people to vote for it,” Braun said. “To be honest, there’s not enough urgency among the average individual here … That’s what we’ve had running the place the last three, four decades and look at the results.”

“The bigger challenge is that registered lobbying represents only a small part of the total spent on influencing government policy, and this proposed law would merely encourage even more ex-Members to avoid disclosure while serving as ‘senior advisors,’ ‘strategists’ or ‘consultants at law and PR firms,'” Mehlman said in an email.

“Whenever you’ve got a system that is so ingrained like this one, I’m sure there will be resourceful ways to skirt,” Braun said in response. “If you craft good legislation from the get-go … you have a way to at least throw something out there as the first barricade.”

Braun also discussed President Donald Trump’s “Drain the Swamp” slogan, which the senator said he used some while campaigning.

“I think [Trump] just shook the system, like maybe on the Richter scale a seven earthquake, but not many buildings toppled,” Braun said.

Braun and Scott want to topple those buildings one at a time, although it’s slow-going. Both were in the small club of freshman senators who arrived on Capitol Hill for the start of the 116th Congress. They would always beat the other lawmakers to lunch by at least 15 minutes, and a friendship was born, Braun said.

“Scott said, ‘Oh yeah, I’ve always believed in being punctual,’ and I said, ‘Well, I just like to be the first one in the food line,'” Braun said with a laugh.

They’ve worked on numerous reform-minded pieces of legislation together, including a bill introduced during the partial government shutdown to cut off congressional salaries if Congress fails to pass a budget. It gathered more than 10 cosponsors.

“I think until Scott and I got here a lot of people spoke about it in their campaigns, but we’re in here actually dropping bills. That’s the difference,” Braun said.

Braun is serving his first term in the Senate after beating former Democratic Indiana Sen. Joe Donnelly in a close race during the 2018 midterm elections. A former state representative, Braun grew his father’s automotive parts business Meyer Distributing and has a multimillion-dollar net worth. He self-funded his Senate campaign through the Republican primary, reported The Indianapolis Business Journal.