“When I am president of the United States, right away I will end this ridiculous, insulting, un-American ban on transgender Americans serving in the military,” Booker said during a Davenport, Iowa, town hall meeting over the weekend.

The senator was asked by one transgender member of the audience about what he planned to do to promote LGBTQ policy if he is elected president in 2020, NBC News reported. 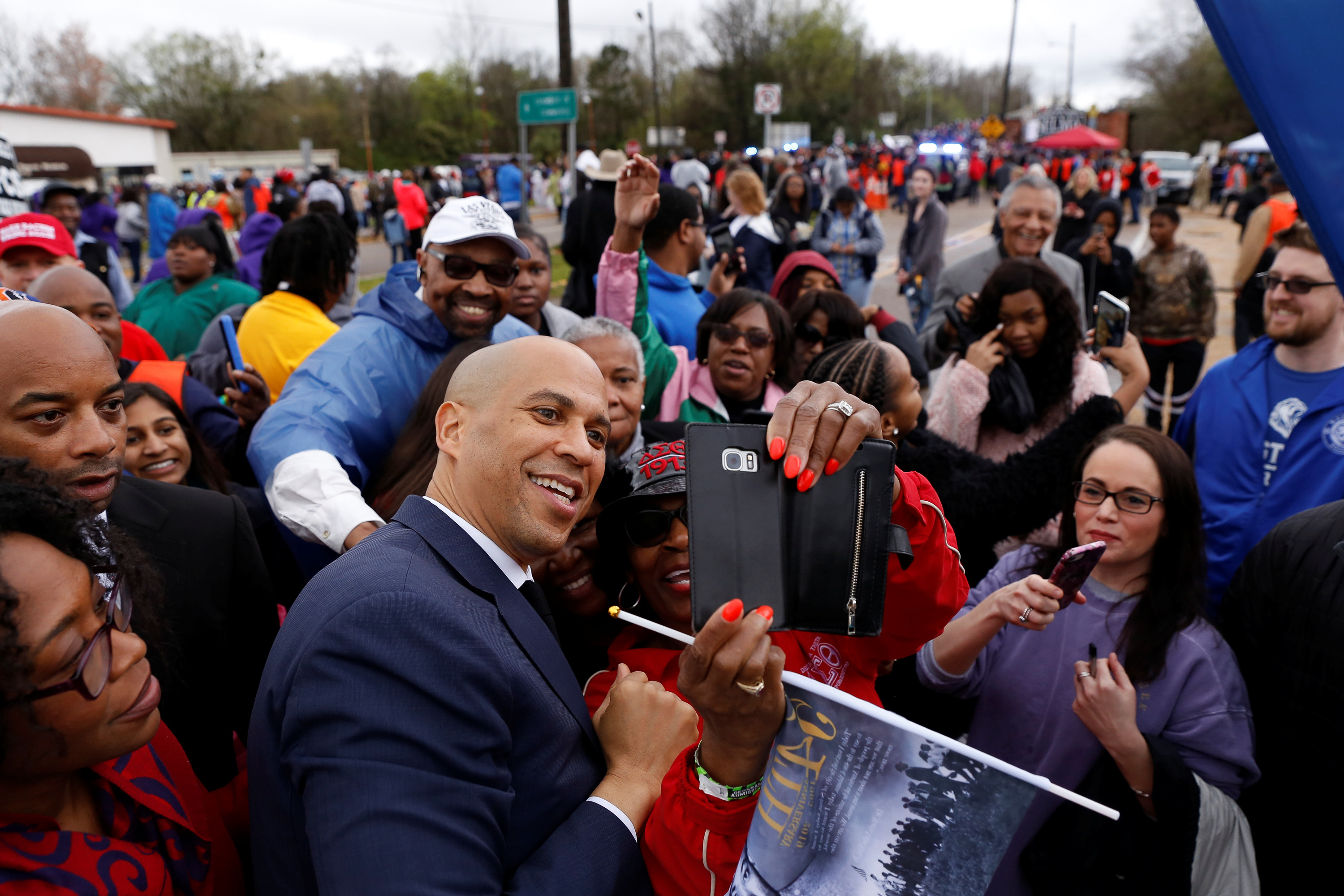 The Democratic presidential candidate tweeted that “Trump’s ban on transgender Americans serving in the military is insulting and deeply un-American. The next president should immediately end this ridiculous policy — if elected, I plan to do so.”

Trump’s ban on transgender Americans serving in the military is insulting and deeply un-American. The next president should immediately end this ridiculous policy—if elected, I plan to do so. https://t.co/qcXR4HGlRr

People attend a protest against U.S. President Donald Trump’s announcement that he plans to reinstate a ban on transgender individuals from serving in any capacity in the U.S. military, in Times Square, in New York City, New York, U.S., July 26, 2017. REUTERS/Carlo Allegri

Booker been an active opponent of the Trump administration’s transgender troop policy — since the present publicly declared his intention of changing course in 2017.

Even though the U.S. military has not accepted transgender recruits for most of its history, Booker claimed a ban “flies in the face of the values the United States was built upon” and “undermines our national security,” according to The Hill. (RELATED: ‘Our Planet Is In Peril’: Cory Booker Compares Green New Deal To Fighting Nazi Germany)

At his Iowa town hall, Booker also promised to repeal other parts of the Trump legacy, including the president’s 2017 tax cuts and his policy of deporting some illegal immigrant children who are brought across the U.S. border by their parents, NBC reported.