Chinese authorities said they arrested nearly 13,000 “terrorists” and punished more than 30,000 for “illegal religious activities” in the Xinjiang region since 2014.

The Chinese government issued a report Monday about its ostensible security measures employed in Xinjiang, in response to international backlash about the use of internment camps, which officials call “vocational training centers,” and severe legal restrictions against Uyghur Muslims in the region, according to The Associated Press.

Government officials also said in the report that they confiscated 345,229 copies of “illegal religious publicity materials,” likely meaning Korans, as the Chinese government banned owning or selling a Koran in Xinjiang. Chinese authorities have provided little to no evidence that those who they charge with terrorism in the region actually have ties to foreign terrorist groups, as Beijing claims.

Chinese authorities also outlawed fasting during Ramadan, public prayer, beards and forbade anyone under the age of 18 from participating in religious services. Beijing’s severe crackdown against Islam in the region come as part of Chinese president Xi Jinping’s policy of sinicization, which is a campaign to bring all religions in line with the Communist Party’s vision of Chinese culture.

The report all but confirms Beijing’s goal of forcefully sinicizing the Uyghur Muslims, saying though it “cannot be denied that Xinjiang received the influence of Islamic culture,” it is an “objective fact” that Xinjiang’s culture is ultimately part of Chinese culture. 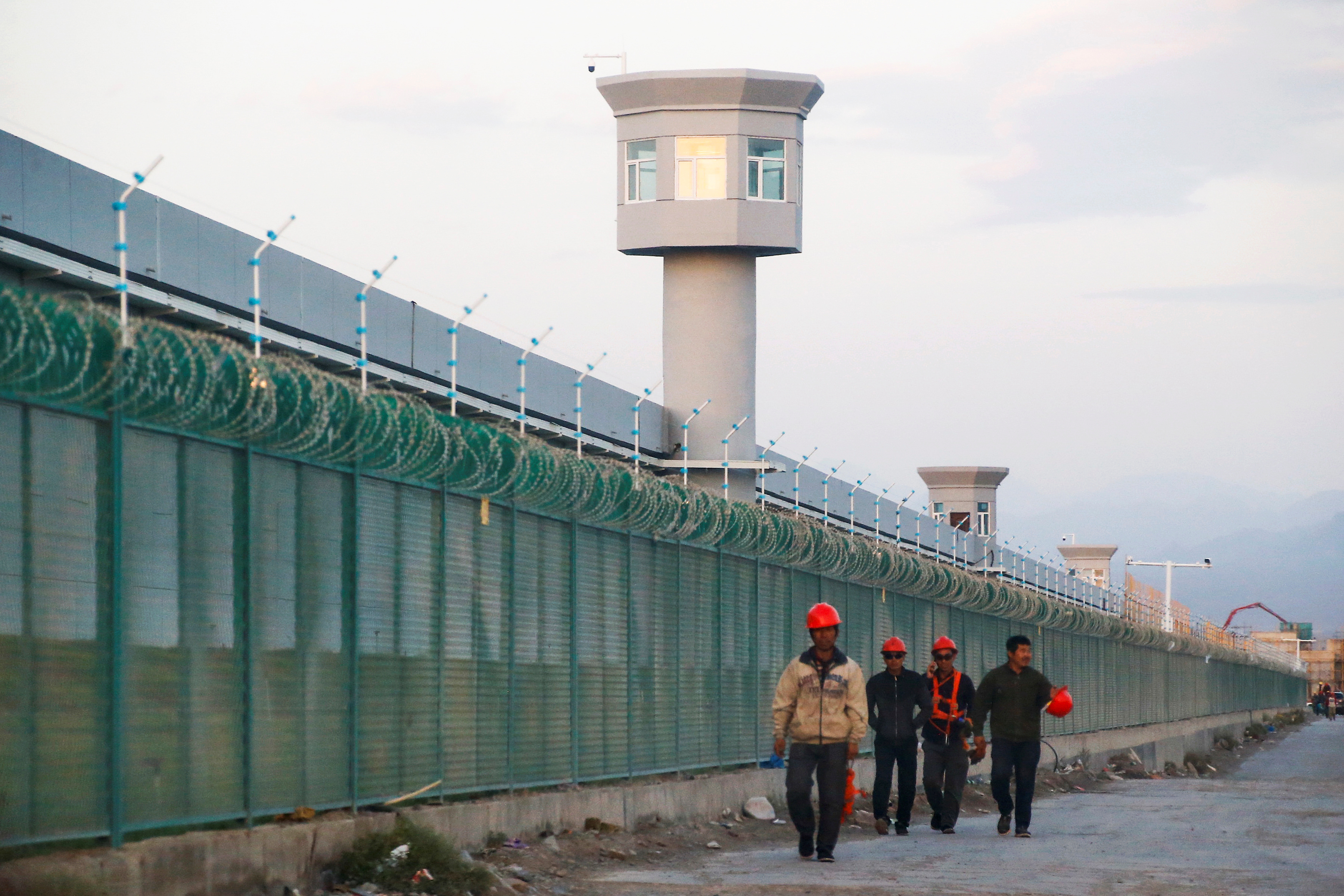 Workers walk by the perimeter fence of what is officially known as a vocational skills education centre in Dabancheng in Xinjiang Uighur Autonomous Region, China September 4, 2018. REUTERS/Thomas Peter

“Islam is not the natural faith of the Uyghurs and other ethnicities, nor is it their only faith,” the report reads.

Patrick Poon, an Amnesty International China researcher, said Beijing’s report proves Chinese authorities are using a vague definition of terrorism to justify what he says is the arbitrary arrest and detention of thousands of people.

“It’s exactly because of the Chinese government’s arbitrary and vague definition of these terms that leads to mass arbitrary detention of many ordinary people in Xinjiang,” Poon said, according to the AP.

“It’s simply not normal at all for people losing contact with their relatives if they are merely receiving ‘vocational training’ as the Chinese government claims,” Poon said.

Dilxat Raxit, a spokesman for the World Uyghur Congress, said China was using the report to try to garner international sympathy for its harsh treatment of Uyghurs.

Maya Wang, a senior China researcher for Human Rights Watch, went so far as to call China’s bluff, saying the government should open the camps to investigation if it had nothing to conceal.

“If the Chinese government is so certain that it has nothing to hide in Xinjiang, then it should allow independent international observers such as the U.N. into the region,” Wang said.