“The thing about arguing with @AnnCoulter is that in a small restaurant — EVERYONE HEARS IT.”

—  Eddie Scarry, commentary writer, The Washington Examiner, getting readers ready for his visit with Coulter in LA.

Scarry grew a little prickly with a reader who wrote, “This is a shameless ploy to get TONS of @AnnCoulter fans and followers to read your column, which until now, perhaps many of us were unaware of – brilliant marketing sir!!”

Tweet that set this reader off: “Had a very SPIRITED and somewhat uncomfortable conversation over dinner with @AnnCoulter this weekend. Column on our exchange to come (spoiler: she is wrong and I am right).” Scarry replied to him by calling him a “freak.” He wrote, “Why would it be a ‘ploy’ if it’s ‘shameless’? Get a dictionary, you freak.” 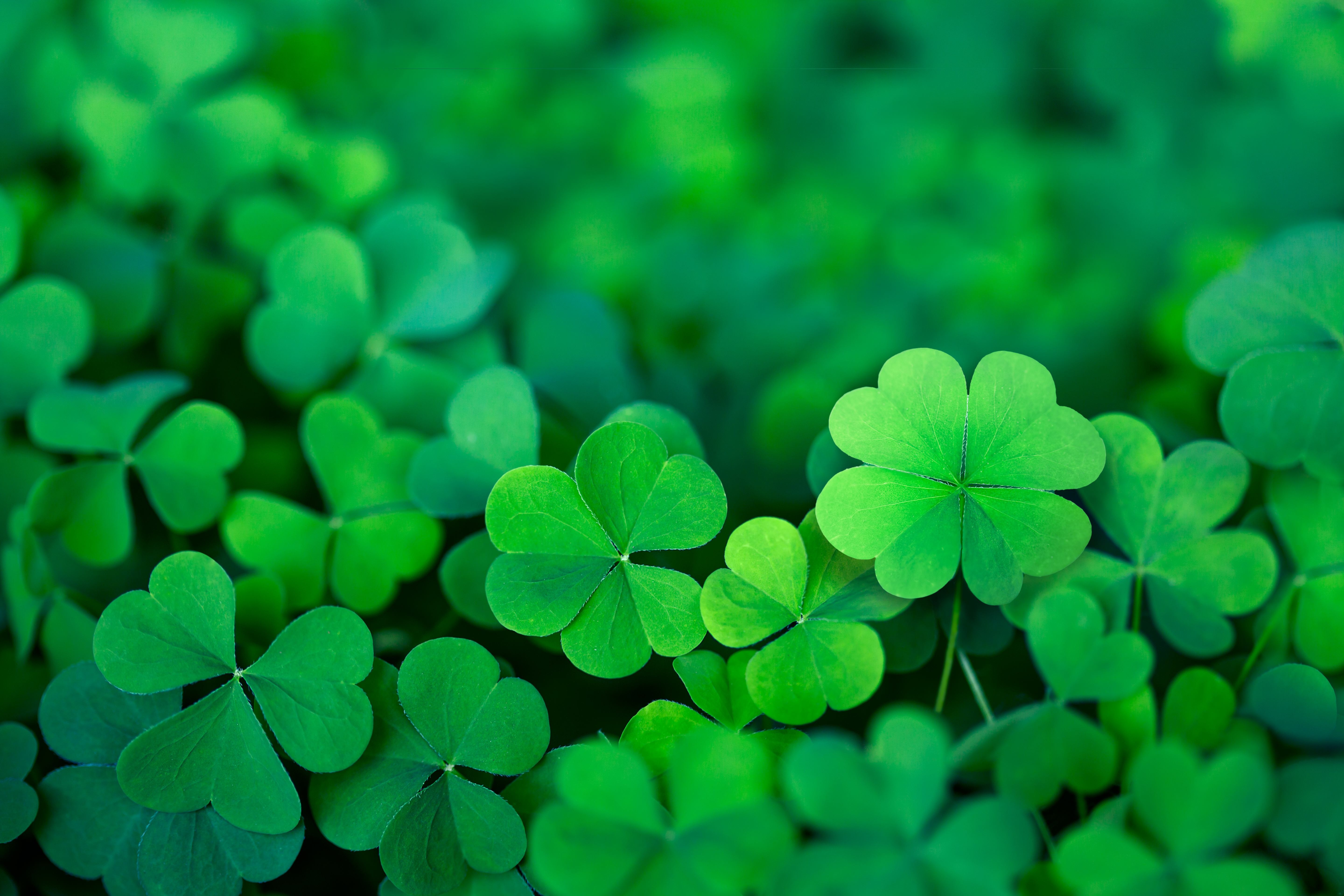 “Reporter texts me at 3:17 in the a.m. to tell me he’s been throwing up for a couple hours, but assures me it is not St. Patrick’s Day-related. Should I believe him? Oh, and did I mention today is the day we were to go over his annual performance review?” — Matt Schwartz, assistant city editor, Houston Chronicle.

Joe Biden nearly declares his run for the White House

“In what I think is a most endearing typo, Trump lawyer Rudy Giuliani calls it “tweeter” in a message to @thedailybeast just now.” — Asawin Suebsaeng, reporter, The Daily Beast.

Trump ravages the late Sen. McCain in a weekend tweet

“Spreading the fake and totally discredited Dossier ‘is, unfortunately, a very dark stain against John McCain.’ Ken Starr, Former Independent Counsel. He had far worse ‘stains’ than this, including thumbs down on repeal and replace after years of campaigning to repeal and replace!” — President Trump on Saturday afternoon.

HuffPost/New York Mag’s Yashar Ali: “My god let the poor man die. . . . I would really like to see @LindseyGrahamSC stand up for his dear departed friend right here on Twitter.”

Megyn Kelly, ex-FNC, NBC: “I can’t help but think that, at worst, John McCain would have been mildly amused by the Trump attacks. The guy had been thru so much, gracefully; to think he would have been irritated by someone’s self-serving jabs? I doubt it.”

ABC “The View’s” Meghan McCain: “No one will ever love you the way they loved my father…. I wish I had been given more Saturday’s with him. Maybe spend yours with your family instead of on twitter obsessing over mine?”

Maggie Haberman, NYT: “An attack on @MeghanMcCain and a tweet completely distorting a report about @IlhanMN maybe possibly facing a primary challenge in future. POTUS’s weekend reminder that he may smash whatever remaining norms that exist/will continue in 2020 race to try to shock.”

Sen. Lindsey Graham (R-S.C.) did not reply directly to Trump. But on Sunday he tweeted this: “As to @SenJohnMcCain and his devotion to his country: He stepped forward to risk his life for his country, served honorably under difficult circumstances, and was one of the most consequential senators in the history of the body. Nothing about his service will ever be changed or diminished.”

Journo washes the gray right out of his hair

“I just dyed my hair to get rid of the gray and I successfully look like someone who has dyed their hair to look younger. Nice!!!!! …Can’t wait to wake up in the morning and find out I didn’t wash all the dye out and ruined my sheets.” — Ben Dreyfuss, editorial director, Mother Jones.

“The reason people know more is bc Fox News has turned into ‘AOC TMZ’ (no offense to TMZ), so awareness is growing w/ GOPers. @JaneMayerNYer has reported deeply on this propaganda machine + it will be aimed at any Dem they want. Nothing changes that. We can’t be scared by that.” — Rep. Alexandria Ocasio-Cortez (D-N.Y.).

Katie Couric really wants you to read her newsletter

Nathan Barry asks, “Who is someone famous you follow who writes an email newsletter?”

Couric: “Me! Sign up at katiecouric.com and let me know what you think? (smiley emoji)”

And he says absolutely NOTHING.

I’m all for getting dirt out of someone. But BuzzFeed‘s Editor-in-Chief Ben Smith is going to need a bigger shovel if he wants California Democratic Gov. Gavin Newsom, the ex-husband to Kimberly Guilfoyle, to dish about his ex-wife dating Donald Trump Jr. Newsom said he finds it “interesting.” It’s a big fat so what! When asked if his ex-wife’s relationship with Don ever came up in a conversation with President Trump, Newsom replied, “We may have had a private moment on that conversation, which in and of itself, makes life just interesting.”

No, it doesn’t. None of that is interesting.

Watch here. (RELATED: BuzzFeed Listicle — You Still Have A Job At BuzzFeed Bro?)

“After more than a year of reporting, [Joseph] Menn persuaded O’Rourke to talk on the record. In an interview in late 2017, O’Rourke acknowledged that he was a member of the group, on the understanding that the information would not be made public until after his Senate race against Ted Cruz in November 2018.” — Reuters backstory of how Menn got the story of Beto’s membership in a computer hacking group called the Cult of the Dead Cow.

“His dad once bought a tandem bicycle and entered them in races without asking him. ‘I hated it, because it involved a lot of yelling at me, like, ‘Quit leaning to the right, goddammit!” he recalls. ‘And then just harrowing, just racing through an intersection and he’s got the breaks and the steering and all I can do is just pedal my balls off and hope that we don’t die.'”

Journo is in therapy to boost her self-esteem

“I graduated high school with few of the real learning skills I needed because I was relatively well-behaved and had an excellent memory. Because I was an early reader, but my math skills were average for a child my age, I was constantly told, ‘You are good at words’ and ‘You are bad at numbers.’ I got the message that having to try at something meant I was bad at it. Now I’m 32 ywca old and working with my therapist to undo my belief that every hard-won win is also proof that I’m not ‘good’ at anything.”

“So like. I don’t wanna be obnoxious or anything. but there’s this dude at the [coffee shop] I’m in literally snapping photos of me while pretending to take a selfie lmfao. Is it crazy that I’m low-key digging the shit out of this?” — Pardes Seleh, formerly a scriptwriter at Fox News.

Bette Midler lashes out at Trump his view on planes

“Conald Trump says planes have gotten ‘too complex’ to fly, but…really? this is a guy who struggles mightily with the umbrella and the water bottle.” —  Bette Midler, singer, actress.

“Big League Politics will spare Tucker and Judge Jeanine in our Investigative Series on Fox News. They don’t deserve our scorn. But the Fox News Corporation is against us, and they think they are untouchable. They are doing this to themselves.” — Patrick Howley, editor-in-chief, Big League Politics, former reporter, Daily Caller.

“If you find yourself using the tragedy in New Zealand to take backhanded swipes at conservatives in America – many of my colleagues already have – then you really have no shame and you are part of the problem. It should be easy for us to stand united and condemn terrorism.” — Rep. Dan Crenshaw (R-Texas).

NBC foreign correspondent Richard Engel gets a much awaited “Dada” from his son, Henry, 3, who has Rett Syndrome, a rare genetic disorder that keeps him from walking or moving independently. Here.

Sec. Ben Carson lunches with My Pillow founder…“Sec. Carson’s daily schedule from 2017 shows a HUD [secretary] who held senior staff [meetings] once a week, lunched with the author of ‘Chicken Soup for the Soul’ and the founder of My Pillow, and left work before 2 p.m. on some Fridays to fly to his Florida mansion.” — NBC Politics. Here.

“It’s sickening to see people blame @ChelseaClinton for the NZ attacks because she spoke out against anti-Semitism. We should all be condemning anti-Semitism & all forms of hate. Chelsea should be praised for speaking up. Anyone who doesn’t understand this is part of the problem.” — Donald Trump Jr. on Saturday morning.

Even MSNBC’s Joe Scarborough is patting Don Jr. on the back for that one

“I believe in finding common ground wherever possible. This should be common ground for us all.” — Joe Scarborough, co-host, MSNBC’s “Morning Joe.” (RELATED: Beto’s Message is All ‘Goop’)

Khloe Kardashian says… Tristan Thompson is a good father to daughter, True, despite reports to the contrary. Here.