Democratic Minnesota Rep. Ilhan Omar blamed President Donald Trump on Sunday after reports that members of the Minnesota Democratic Party are considering removing her from congressional office for her repeated anti-Semitic statements.

“I’m sorry Mr. [Trump],” Omar tweeted in response to the reports. “I am for real, you can’t #MuslimBan us from Congress!”

I am sorry Mr. @realDonaldTrump

I am for real, you can’t #MuslimBan us from Congress! pic.twitter.com/EX1KNeUPiA

Minnesota Democrats are reportedly dismayed that Omar has made a string of bigoted comments about Jews, which have received massive condemnation from both sides of the aisle. Consequently, members of the state party are looking for someone to contest her nomination in 2020 and run a different candidate in her place.

Rather than blaming the Minnesota Democrats, Omar focused the backlash on Trump’s 2017 executive order, which has been referred to as a Muslim ban. The executive order suspended U.S. entry of those whose counties do not meet adjudication standards under federal immigration law for 90 days and included exceptions on a case-by-case basis.

Omar, along with fellow Democratic Rep. Rashida Tlaib of Michigan, became America’s first Muslim congresswomen when sworn into office in January. Both congresswomen’s time in office has been embroiled in allegations of anti-Semitism.

Omar has defended the anti-Semitic statements, such as ones invoking Allah to expose Israel’s “evil doings,” and she is on record stating that Israel is not a democracy. She also gave an interview to a host that referred to Israel as the “Jewish ISIS” and mocked how Americans speak about al-Qaeda and Hezbollah. (RELATED: Nancy Pelosi Sees Herself In Alexandria Ocasio-Cortez And Ilhan Omar)

Both Omar and Tlaib waited until after they won their congressional elections to reveal their support for the Boycott, Divestment and Sanctions (BDS) movement, which seeks to punish Israel by economically depriving the country for its alleged mistreatment of Palestinians living in the Gaza Strip and West Bank. The Anti-Defamation League describes the movement as “the most prominent effort to undermine Israel’s existence.” 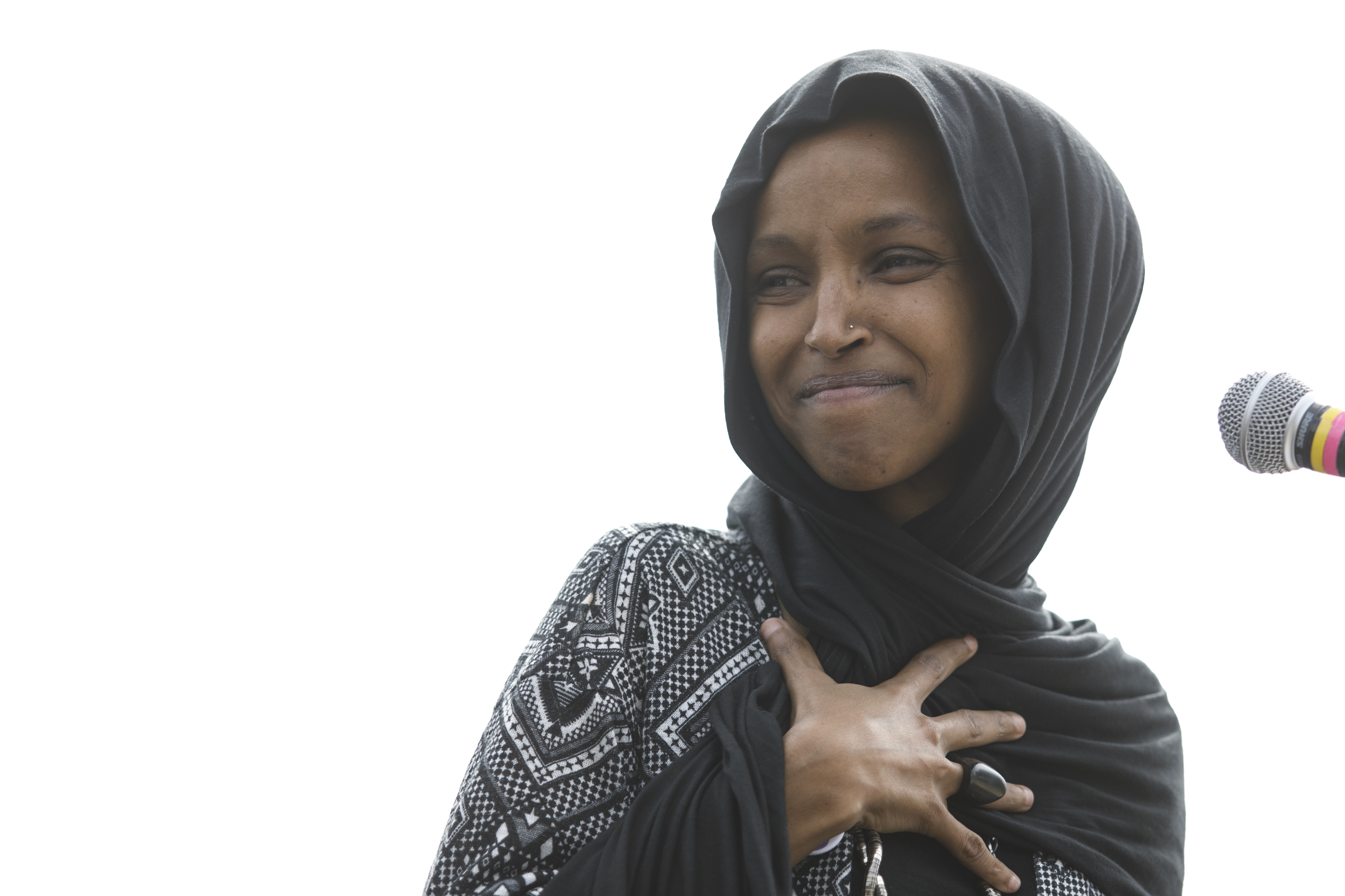 BDS has metastasized through college campuses, initially promulgated by Students for Justice in Palestine (SJP), the movement’s most visible arm. SJP has been linked to the Islamic terror group Hamas, according to The Washington Free Beacon. Moreover, the U.S. Campaign for Palestinian Rights, the American umbrella group of the BDS movement, has reportedly given money to terrorist organizations like Hamas, Islamic Jihad and the Popular Front for the Liberation of Palestine.

Omar announced in February that she is scheduled to raise money with the Hamas-linked Council on American-Islamic Relations (CAIR) only a week after she used an anti-Semitic trope to claim Israel has paid for GOP support.