The 18-year-old male student, referred to as “John Doe” in the lawsuit, said the district violated his free speech, due process rights and did not investigate the situation properly. Doe was suspended and sent to a different school, according to the lawsuit given to The Daily Caller News Foundation by attorney Jesse Binnall.

A Robinson Secondary School female accused two male students of sexual harassment after her buttocks were allegedly slapped in December 2018. Surveillance video showed Doe did not hit the female student, according to the lawsuit.

Doe befriended the female student who was new to the school.

“Doe and Student A had classes together and would see each other at school outside of class,” the lawsuit said. “Doe flirted with Student A, which included friendly conversations, putting his arm around her and playfully poking her in class. Student A did not reject these overtures. In fact, she would often seek out Doe’s company and return his flirtations.”

The lawsuit claims the female student “colluded” with her friends to make false statements and the assistant principal was allegedly “seeking evidence that was inculpatory and ignored exculpatory evidence.”

Binnall told TheDCNF one of the witnesses changed her story. 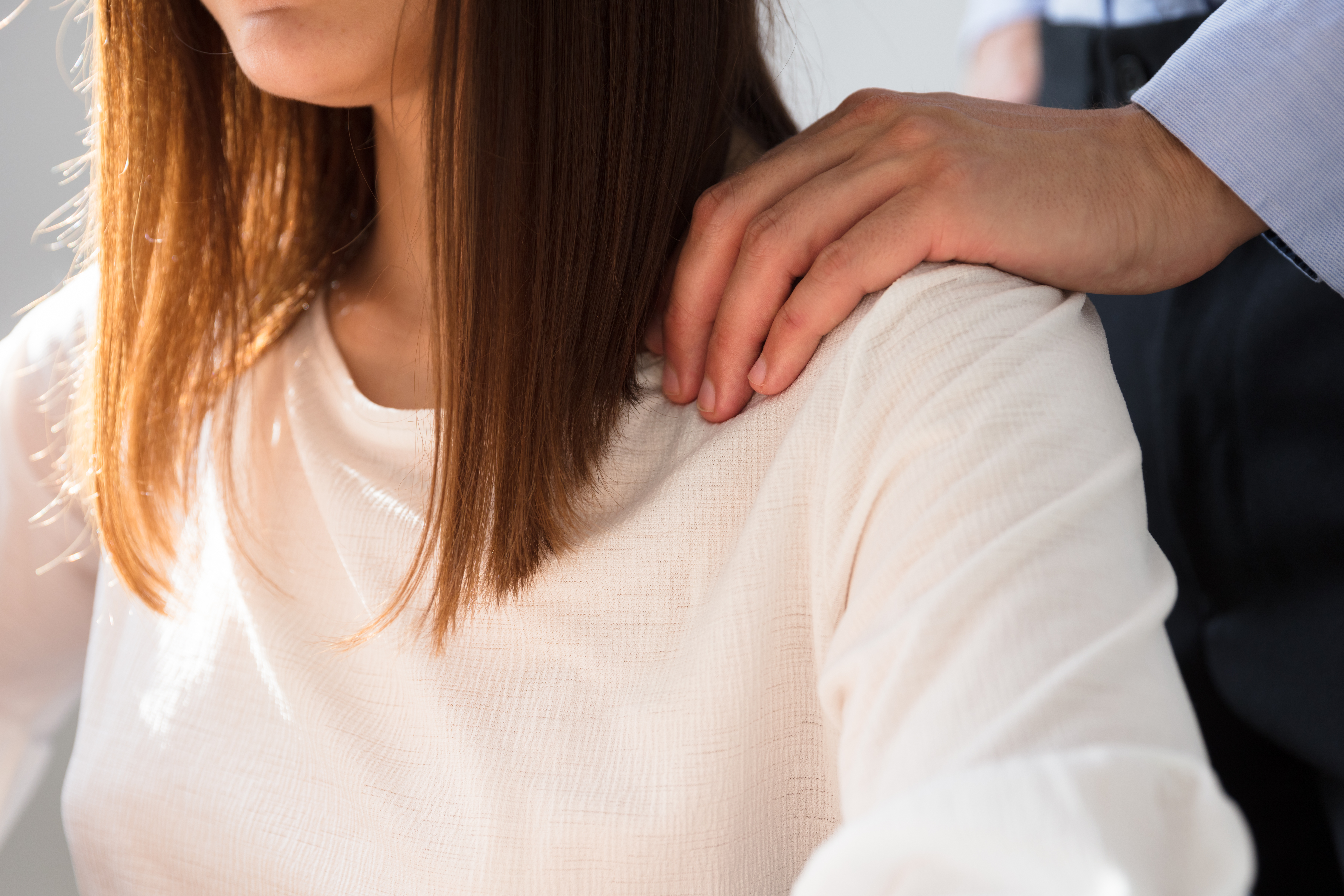 Pictured is a hand on a shoulder. SHUTTERSTOCK/Andrey_Popov

Doe’s punishment could affect his college wrestling scholarship and entry to a “prestigious” university unless his record gets cleaned by a judge, The Washington Post reported Sunday. A hearing is expected March 22. (RELATED: Education Department’s Budget Proposal Includes First Ever Teacher Voucher Program)

“He was never given a fair shot to make his case to prove that he was innocent in a school district that doesn’t even have a presumption of innocence,” Binnall told TheDCNF.

John Torre, a spokesman for FCPS, would not comment on the specifics of the case to WaPo, but said the school district “thoroughly investigates all allegations of Title IX violations and takes action, where appropriate.”

FCPS is dealing with two other federal lawsuits over mishandling of sexual allegation cases, according to WaPo.

Robinson Secondary principal Matt Eline could not provide comment on the case.

FCPS did not immediately respond to The Daily Caller News Foundation’s request for comment.

1
'The Senate Is On Trial': Nadler Says The Impeachment Is No Longer Just About The President
Politics
2
Antifa Group To March Alongside Pro-Gun Protesters In Virginia
US
3
FBI Interview Notes With Page And Papadopoulos Are Released
US
4
Foster Friess Could Shake Up The Wyoming Senate Race
Politics
5
Herman Cain Reacts To Project Veritas Video: Bernie Sanders Is A 'Communist,' His Supporters Are 'Planning Violence'
Media