Michael Sanchez — the brother of Bezos’s lover, Lauren Sanchez — reportedly sold the billionaire’s secrets for $200,000 to the Enquirer’s publisher, American Media, the report notes. Michael denied sending the National Enquirer “the many penis selfies” but declined to comment about whether he sent the publication other photos of Bezos, according to WSJ.

The report appears to conflict with rumors that President Donald Trump was behind the caper.

Neither Bezos nor Lauren replied to requests from WSJ for comment. The story appears to conflict with media-generated rumors that the president or Saudi Arabia were behind the leaked text messages. (RELATED: Bezos Investigated An Expose Into His Affair And Now Thinks He Knows Who’s Responsible)

Longtime Bezos consultant, Gavin de Becker, suggested in February that reports about the billionaire’s relationship with Lauren, a former TV anchor, started with a “politically motivated” leak from Trump supporters. Bezos announced that he and his wife MacKenzie were divorcing in January, two days after American Media approached him about the texts. 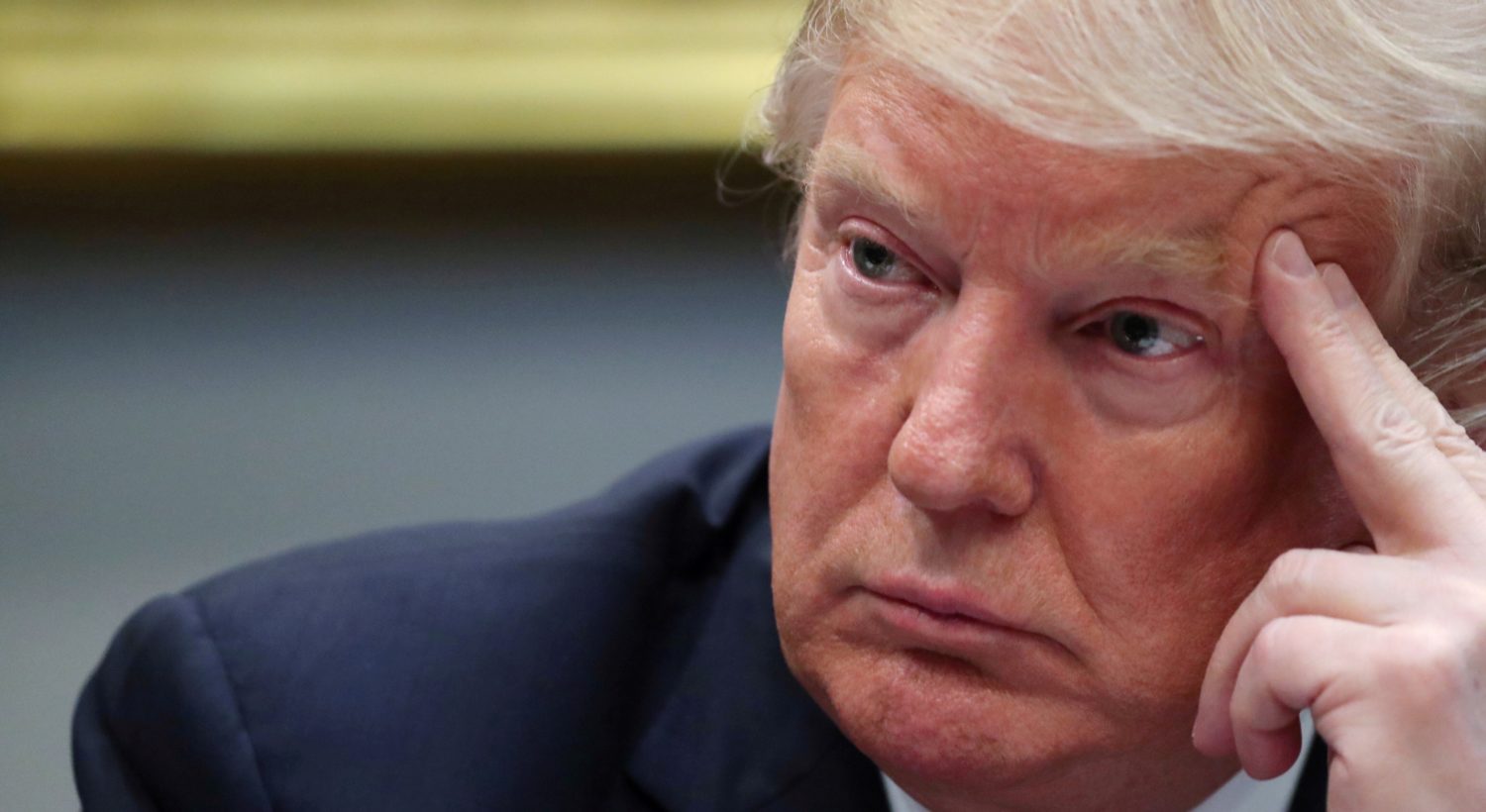 FILE PHOTO: U.S. President Donald Trump participates in a briefing on “drug trafficking on the southern border” in the Roosevelt Room at the White House in Washington, U.S., March 13, 2019. REUTERS/Jonathan Ernst/File Photo

Michael began conversations with the National Enquirer in 2018 about his sister’s relationship with Bezos, sources told WSJ. The Enquirer by then had already been following Bezos and Lauren, trying to determine whether the two were having an affair, sources claimed.

American Media CEO David Pecker was concerned that his connections with Trump would create the impression that the report was politically motivated. He was concerned Bezos would sue. Pecker and the company’s legal council, Cameron Stracher, argued during a lunch date in November 2018 about why Michael had been paid upfront for the texts.

Stratcher quit on the spot, sources said. His employment key card reportedly no longer functioned by the time he made the 10 minute walk back to American Media’s office.

Bezos struck back in February. He accused the National Enquirer’s parent company in a Feb. 7 blog post of trying to blackmail him with lewd photos of him and his mistress.

“I was made an offer I couldn’t refuse. Or at least that’s what the top people at the National Enquirer thought. I’m glad they thought that, because it emboldened them to put it all in writing,” Bezos wrote in a Medium post. “Rather than capitulate to extortion and blackmail, I’ve decided to publish exactly what they sent me, despite the personal cost and embarrassment they threaten.”

The billionaire owner of The Washington Post also pointed to his outlet’s coverage of the murder of Jamal Khashoggi as a potential reason for why people would target him. Subsequent reports have also noted that American Media once asked Saudi Arabian officials to invest in the company to stave off bankruptcy.