Joe Biden reportedly has told several supporters that he wants to run for president in 2020, according to a Wall Street Journal report published Tuesday.

However, the former vice president told the supporters his concerns about being able to raise the necessary cash at the same pace as his competitors, Independent Vermont Sen. Bernie Sanders and former Texas Rep. Beto O’Rourke.

It took O’Rourke just one day to raise over $6.1 million after his Thursday presidential bid announcement, and Sanders raised $10 million in just a week after he announced in February. Fundraising being key to what is considered the “money primary,” Biden reportedly expressed his desire to “announce a large fundraising number after his candidacy is official,” according to the WSJ. 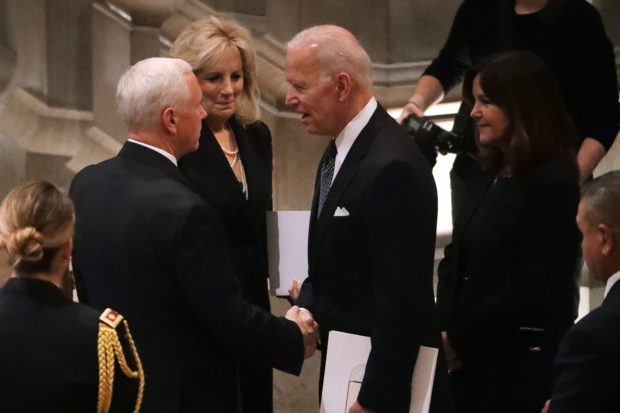 Earlier this month, Biden chief strategist Steve Ricchetti said his boss was around 95 percent committed to tossing his hat into the ring, the New York Times reported, but the former vice president did express concern about the fact that President Donald Trump is unlikely “to stop at anything” to defeat his Democratic opponent. (RELATED: Biden Gets Four Point Bump In Latest Poll)

Meanwhile, top Democratic fundraiser Philip Levine told the WSJ that it was “highly likely” he would back Biden were he to announce.

“I think he would be a great nominee. In order to win the general election, we must have an experienced centrist,” said Levine. “Progressives win districts. Centrists win states.”