“Part of the problem with Flint was there was a breakdown in once they got the data, once the city of Flint, the state of Michigan, the Obama EPA – they sat on it,” Wheeler told CBS News in an exclusive interview.

“Well, he left us with more Superfund sites than when he came in,” Pruitt said at the time. “He had Gold King [the 2015 mine wastewater spill] and Flint, Michigan [drinking water crisis]. He tried to regulate CO2 twice and flunked twice. Struck out. So what’s so great about that record? I don’t know.” Wheeler, who was confirmed in February, is taking a note out of his predecessor’s playbook. (RELATED: EPA’s Scott Pruitt: What Was So Great About Obama’s Environmental Record?) 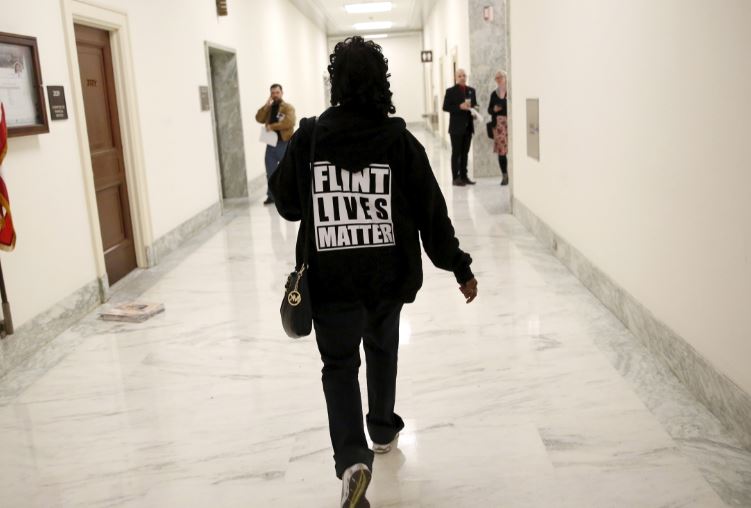 A woman with a “Flint Lives Matter” shirt walks toward a hearing room where Michigan Governor Rick Snyder and EPA Administrator Gina McCarthy will testify before a House Oversight and government Reform hearing on “Examining Federal Administration of the Safe Drinking Water Act in Flint, Michigan, Part III” on Capitol Hill in Washington, D.C, on March 17, 2016. REUTERS/Kevin Lamarque/File Photo

“We’re not doing that. As soon as we get information that there’s a problem, we’re stepping in, we’re helping the local community get that water system cleaned up,” he told CBS News’s Major Garrett. Wheeler also insisted that his EPA will focus on making sure children have ready access to clean drinking water — he noted in the interview thousands of children die globally every year due to unsanitary water.

Flint’s so-called water crisis became a political flash point during Obama’s second term after reports surfaced claiming the city’s drinking water was contaminated with unstable amounts of lead. The EPA’s top official for the region resigned after news came out that her office knew about the lead problem for months but ignored red flags.

News of Flint’s lead problems resulted in serious consequences. Nearly 2,000 citizens in the majority-black city filed a $722 million lawsuit in 2017 against the EPA for failing to handle the water crisis. The lawsuit claims the agency failed to take the proper steps to ensure state and local authorities were addressing the crisis.