Progressive lawmakers who decried the U.S. decision to recognize the rival of Venezuela’s socialist dictator Nicolas Maduro piled on the criticism of Brazil’s President Jair Bolsonaro Wednesday after he met with President Donald Trump Tuesday.

“We must call out human rights abuses worldwide,” concluded Omar, who is on the House Foreign Affairs Committee. (RELATED: Woman Who Climbed Statue Of Liberty To Protest Trump Sentenced To 5 Years Probation) 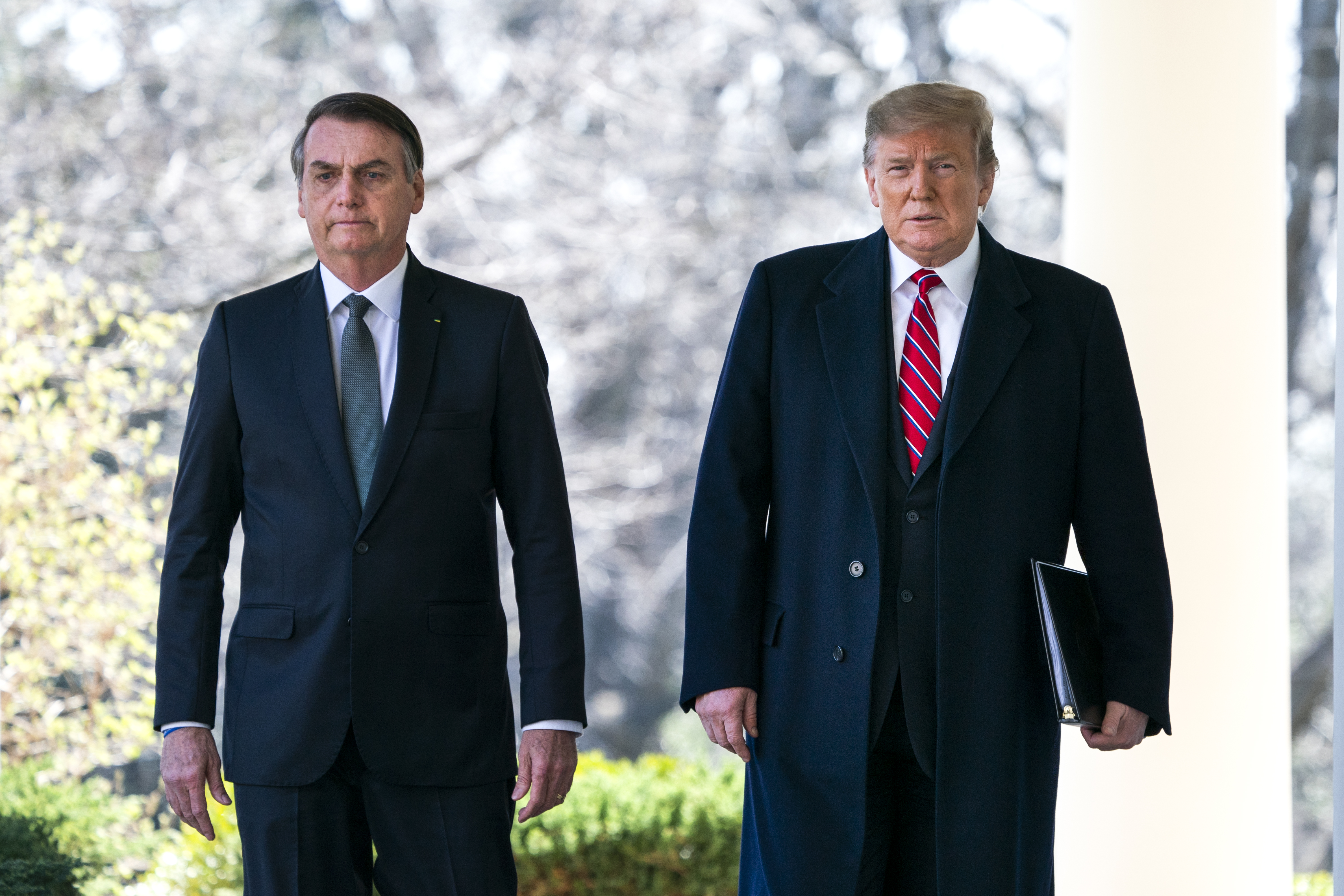 US President Donald Trump (R) and Brazilian President Jair Bolsonaro (L) walk down the Colonnade before a press conference at the Rose Garden of the White House March 19, 2019 in Washington, DC. (Photo by Jim Lo Scalzo-Pool via Getty Images)

“As Bolsonaro tours the CIA and meets Trump at the White House, we must speak out against his human rights abuses and attacks on marginalized Brazilians. Our democratic principles cannot be sidelined,” Khanna wrote along with a link to a story about the leaders’ meeting from The Washington Post.

Omar, Khanna and Democratic Hawaii Rep. Tulsi Gabbard broke with their party to criticize Trump for his decision to oppose Venezuelan dictator Nicolas Maduro in January. The people of Venezuela have faced extreme economic hardship and crackdowns on their freedom under Maduro, who succeeded infamous socialist dictator Hugo Chavez.

Omar has called the actions of the Trump administration a “US backed coup.” She has also compared the U.S. putting pressure on Maduro to a foreign country deciding to recognize Trump’s 2016 election rival Hillary Clinton as the nation’s leader instead.

“Now if a foreign country just said, ‘Well, we think because Hillary got lots of votes, we’re just going to acknowledge Hillary as the leader of the United States.’ We would have a problem with that,” she said Feb. 27. 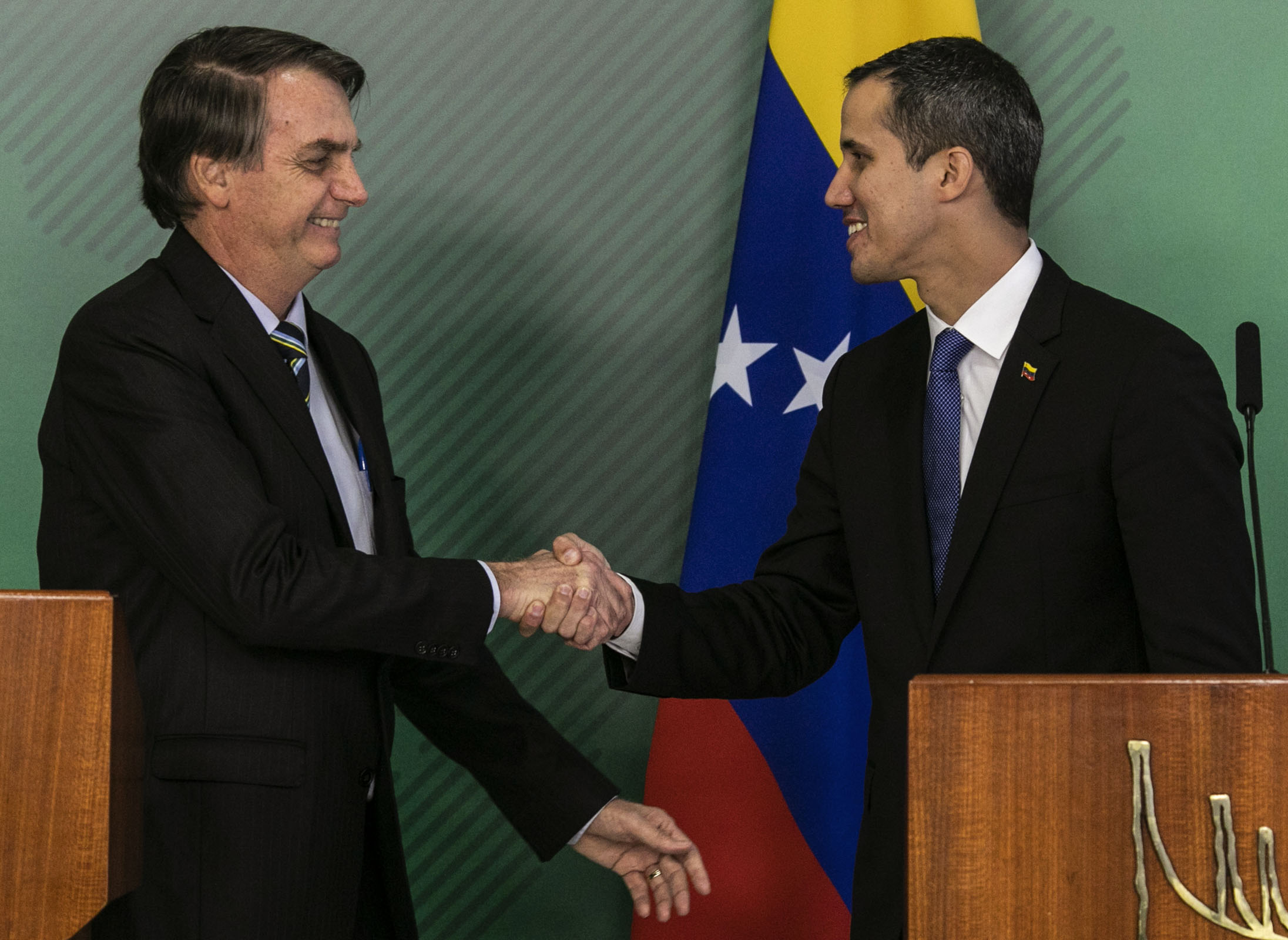 Omar, Khanna and Gabbard’s position is very different from that of more seasoned Democratic lawmakers, including Illinois Sen. Dick Durbin, a former member of the Senate Foreign Relations Committee.

Durbin sided with Trump on the foreign policy issue. He said in a Jan. 23 statement:

Last year I visited Venezuela and found a country on the verge of political, economic, and humanitarian collapse. I told then-President Maduro that if he went ahead with a sham election under absurdly rigged conditions he would find his regime even further isolated and in question. Tragically that is exactly what has happened and why President Trump, Secretary General of the Organization of American States Almagro, and other nations in the region have appropriately recognized National Assembly President Juan Guaidó as the constitutionally appropriate leader of Venezuela.

Bolsonaro gave an exclusive interview to the Christian Broadcasting Network while in the U.S.

“To a large extent, I support what Trump does; He wants to make America great, I also want to make Brazil great. I also have concerns about the indiscriminate entrance of foreigners without any criteria. But beyond this, we are both Christians and we are God-fearing men,” he told CBN in a story posted Wednesday.

Bolsonaro is only three months into his first term and has been nicknamed “Trump of the Tropics” for his brash rhetoric and desire to bring conservative reform to Brazil. Bolsonaro’s critics say he used “misogynistic and homophobic” rhetoric and took away land rights from indigenous people.

Brazil recognized Guaido over Maduro in January. Maduro compared Bolsonaro to former German dictator Adolf Hitler in a speech on Jan. 14 after he questioned the integrity of Venezuela’s elections.