The Washington Post offered Turkish President Recep Tayyip Erdogan a platform to express his opinion Tuesday for the second time in less than five months, despite the unparalleled number of journalists imprisoned by his government.

Sixty-eight journalists are imprisoned in Turkey, more than any other country in the world, according to the Committee to Protect Journalists (CPJ). Nevertheless, in an op-ed entitled “The New Zealand killer and the Islamic State are cut from the same cloth,” Erdogan used the Post as a soapbox from which to scold Western nations for failing to adequately distinguish Islam from terrorism.

Likening the New Zealand mosque shooter to radical Islamic terrorists, Erdogan maintained that the shooter’s motives were a distortion of Christianity and admonished that the world “must establish that there is absolutely no difference between the murderer who killed innocent people in New Zealand and those who have carried out terrorist acts in Turkey, France, Indonesia and elsewhere.” (EXCLUSIVE: A Look Inside Andrew Brunson’s Harrowing Turkish Courtroom Experience) 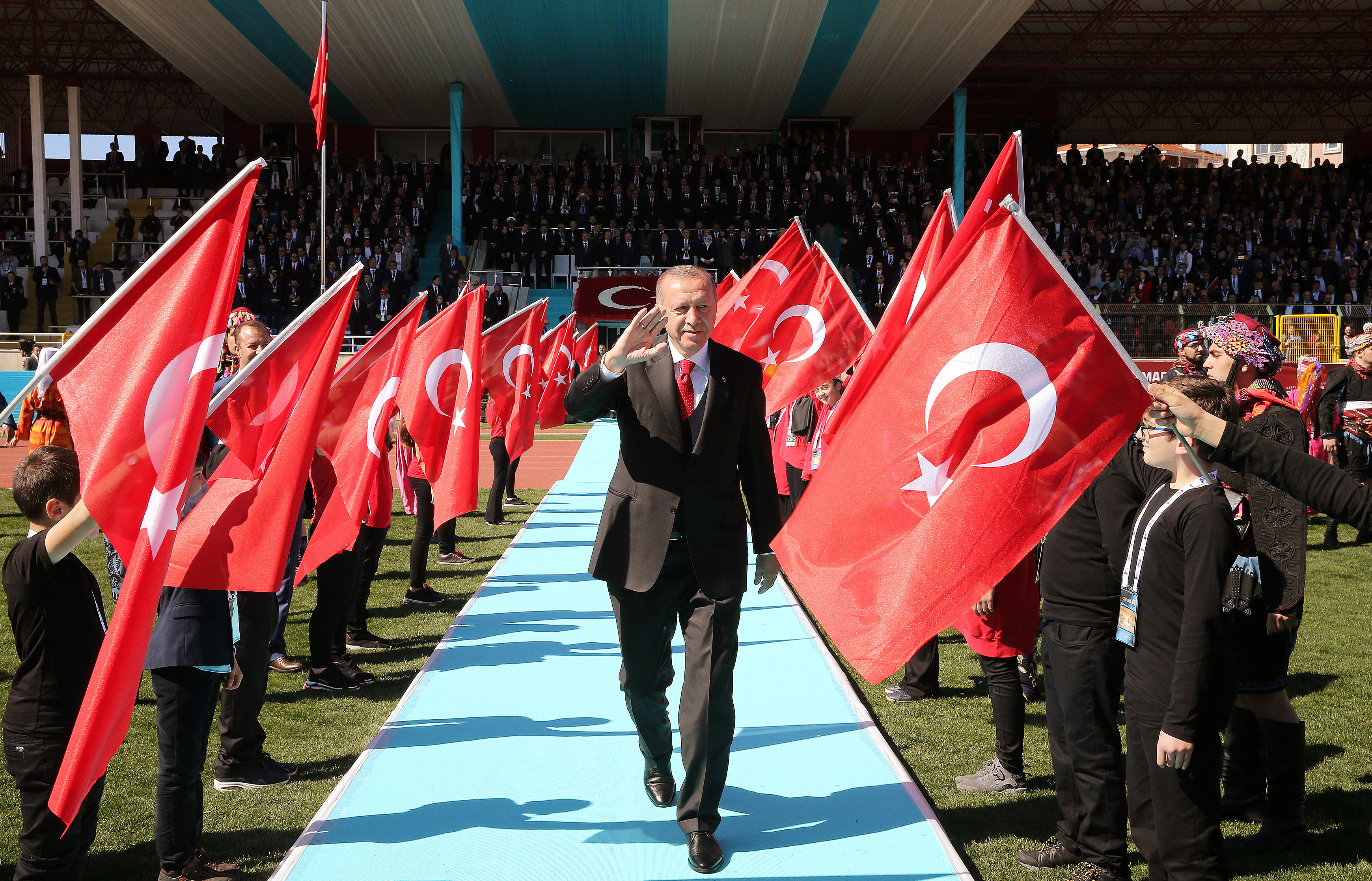 “Unfortunately, Islamophobia and xenophobia, among other practices incompatible with liberal values, were met with silence in Europe and other parts of the Western world,” he continued. “We cannot afford to allow this again. If the world wants to prevent future assaults similar to the one in New Zealand, it must start by establishing that what happened was the product of a coordinated smear campaign.”

Erdogan’s op-ed was a continuation of sentiments he expressed last week at the funeral of a Turkish minister, where he condemned the entire world — and the West, especially — for rising Islamophobia and racism.

“With this attack, hostility towards Islam, that the world has been idly watching and even encouraging for some time, has gone beyond individual harassment to reach the level of mass killing,” he said, according to Turkey’s Hurriyet Daily News. (RELATED: Erdogan Uses New Zealand Mosque Shootings To Condemn World For ‘Hostility’ To Islam)

The Post, which uses the slogan “Democracy Dies in Darkness,” also published Erdogan in a Nov. 2, 2018, op-ed that condemned Saudi Arabia for the murder of journalist and Post columnist Jamal Khashoggi. 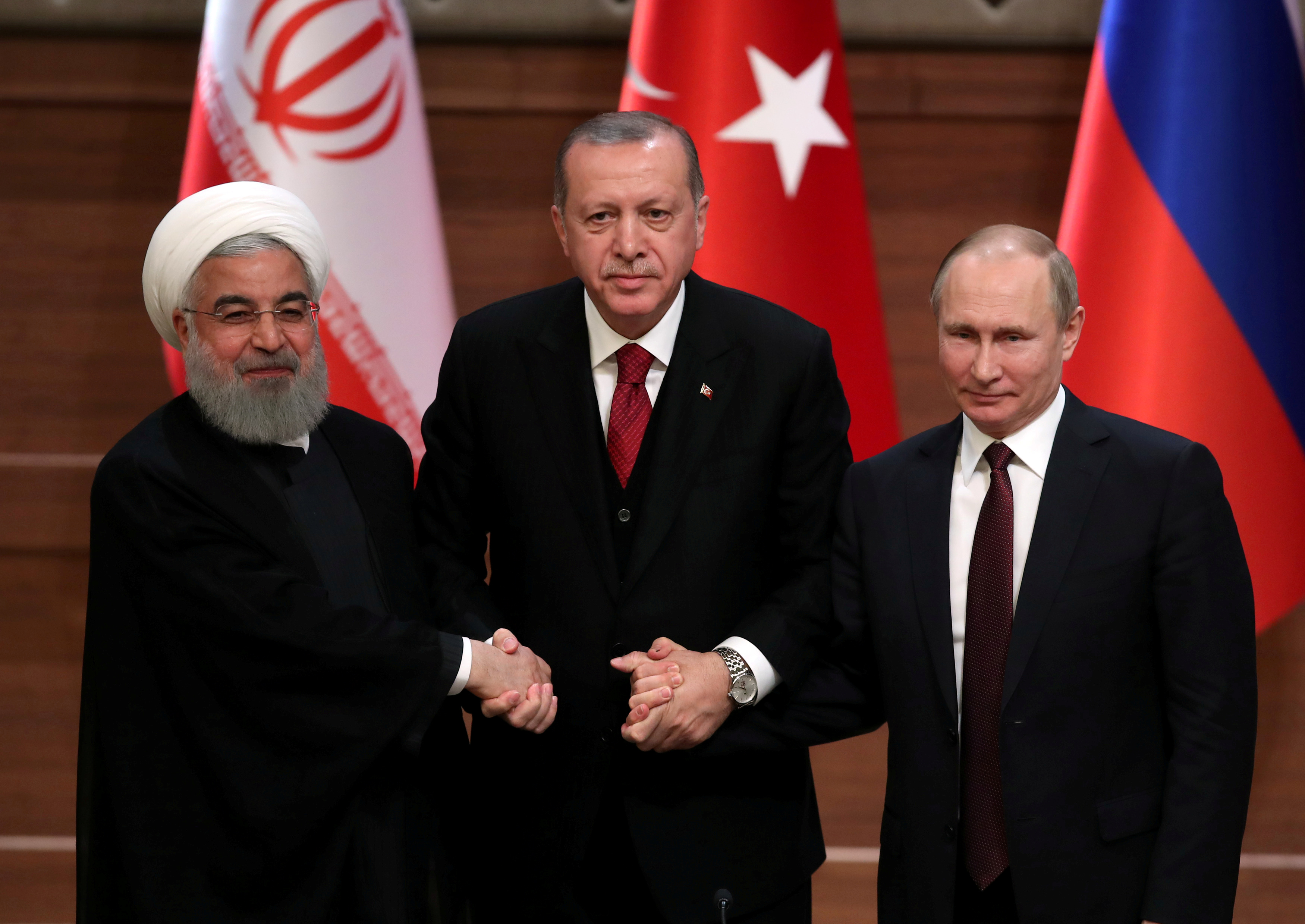 “Erdogan makes a solid point that all murderers or terrorists of innocent people should be treated alike and equally condemned,” said Jeffrey McCall, a professor of communication at DePauw University who specializes in journalism ethics. “Letting Erdogan come off as all righteous, however, given his track record of curtailing free expression in his own country, is quite unnecessary.”

“It was a curious move when the Post gave Erdogan op-ed space last fall in the wake of the Khashoggi murder, but a case could be made at that time because the assassination took place in Turkey,” McCall continued. “There is no particular need now to give Erdogan a platform to broadly criticize other governments and suggesting the West is normalizing extremism.” (RELATED: Turkey’s Erdogan Wants Twitter To Silence American Critic)

“The Post, in a sense, seems to be giving Erdogan a legitimacy that is undeserved, given his own record on human rights and the many other measured voices that are available to weigh in on such a serious topic,” he added. 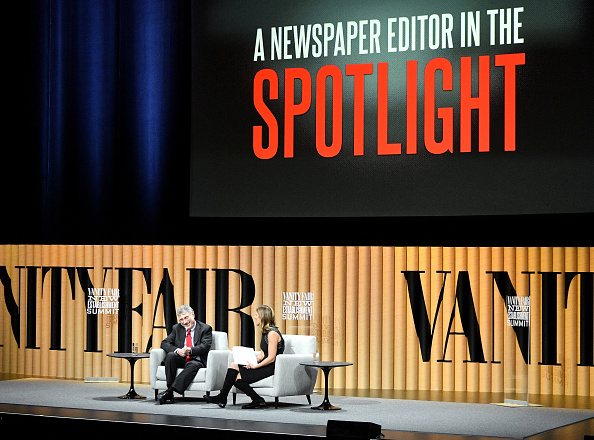 Shortly after the 2016 presidential election, the Post’s executive editor, Martin Baron, used Erdogan as an example of the possible dangers that could befall American journalists under President Donald Trump. In remarks delivered at a Manhattan dinner party upon winning an award, Baron quoted CNN’s Christiane Amanpour, saying:

This is how it goes with authoritarians like Sisi, Erdogan, Putin, the Ayatollahs, Duterte, et al. … First the media is accused of inciting, then sympathizing, then associating—until they suddenly find themselves accused of being full-fledged terrorists and subversives. Then they end up in handcuffs, in cages, in kangaroo courts, in prison — and then who knows?

“When the press is under attack, we cannot always count on our nation’s institutions to safeguard our freedoms—not even the courts,” Baron then warned, adding, “Many journalists wonder with considerable weariness what it is going to be like for us during the next four — perhaps eight — years. Will we be incessantly harassed and vilified? Will the new administration seize on opportunities to try intimidating us? Will we face obstruction at every turn? If so, what do we do?” (RELATED: Koppel: NYT And WaPo Not What They Used To Be Thanks To Trump Vendetta)

Baron went on to emphasize the importance of “holding the most powerful to account,” and that failing to do so raises the question, “If we do not do that, then what exactly is the purpose of journalism?”

“If you want to know the Editorial Board’s view of Erdogan’s treatment of the press, you can read the many unambiguous editorials we have published on the subject,” the Post’s editorial page editor told The Daily Caller. “At the same time, we publish op-eds that are newsworthy and informative, providing our readers with the full debate on issues.”