New Jersey commuters got a surprise, and not the good kind, Thursday when they showed up to the train station and the doors were locked.

When train riders started asking why on social media about why the doors to the Hamilton train station weren’t open, the New Jersey Transit responded that it wasn’t there fault, per the New York Post.

In a series of tweets, someone speaking for the agency stated that under its contract with Dunkin’ Donuts, the shop was responsible for making sure the doors of the train station were opened every morning. (RELATED: Last ‘Panera Cares’ Pay-What-You-Want Restaurant Closes Its Doors Due To Failed Business Model) 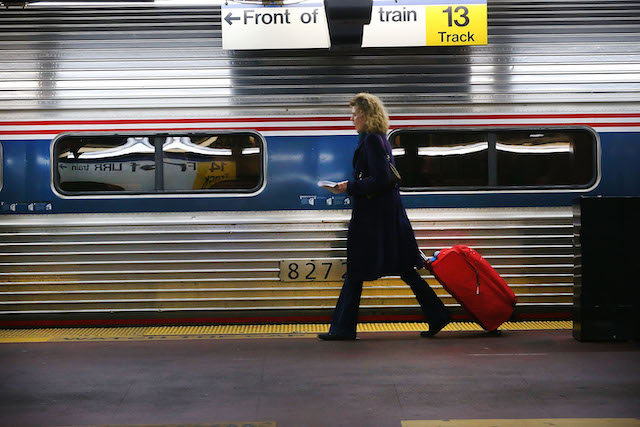 Yes, you read that correctly. The NJT, which is the “nation’s third largest provider of bus, rail and light rail transit” had no obligation to make sure the doors of the train station are opened every day. (RELATED: Dunkin’ Donuts Sign Advertises Free Pastries If Customers Report Employee Not Speaking English)

“Hi Steve,” a person identified only as TB tweeted from the NJT official Twitter account. “Like previously stated, Dunkin’ Donuts is responsible for opening the doors in the morning at Hamilton station.” (RELATED: Man Wins Doughnut-Eating Contest, Then Robs A Dunkin’ Donuts)

Hi Steve, like previously stated, Dunkin Donuts is responsible for opening the doors in the morning at Hamilton station. NJT has spoken to the vendor multiple times. If you would like to file a formal complaint, use the link below. -TB https://t.co/XKn7GOjKzM

“NJT has spoken to the vendor multiple times,” TB added. “If you would like to file a formal complaint, use the link below.”

There was quite a few riders that seemed less than pleased about what had happened and they didn’t sugar coat it.

“Why is a donut shop in charge of opening a train station?” asked Jerry Burke.

why is a donut shop in charge of opening a train station?

In response, the transit agency explained that, “Hi Jerry, this was presented in their contract with NJT when purchasing the location. -TB.”

“Why is a donut shop in charge of opening a train station?”

A Dunkin Donuts controls access to a NJ Transit station

…and you thought the MTA had issues. https://t.co/Qt4YF6Xjwk

“NJ TRANSIT has an arrangement with Dunkin Donuts that allows the vendor access to Hamilton station to prepare for business before the station’s ticket window officially opens at 6 a.m.”spokesperson Nancy Snyder with NJ Transit shared in a statement to NJ.com.

The Dunkin’ manager then threw the transit company under the bus, so to speak, and said he was under the impression that the “responsibility to open the doors falls on a transit employee or janitor.”

“We have to open our store at 4:30 in the morning, so if the lobby is not open, we have to open it for them. Without the lobby open, there’s no access to come in the store,” Fazid, the manager of the store explained, without providing his last name.