New Zealand broadcast the Islamic call to prayer nationwide Friday to honor the Muslim community in the wake of the Christchurch mosque attacks.

Prime Minister Jacinda Ardern, adorned in a hijab, attended an Islamic service in Hagley Park near the Al Noor mosque, in which thousands of mourners observed the Islamic call to prayer, or adhan, live at 1:30 p.m. local time. The ceremony was one of several conducted throughout New Zealand to honor victims of the March 15 attacks and also included a 2-minute national moment of silence, which people across the country were encouraged to observe as a time of reflection, according to the BBC. (RELATED: New Zealand Attacker Wasn’t Finished When He Was Apprehended, Police Say)

Ardern recited a passage from the Koran just before the recitation of the call to prayer, first in Arabic and then in English.

“According to Muslim faith, the prophet Muhammad …. The believers in their mutual kindness, compassion and sympathy are just like one body. When any part of the body suffers, the whole body feels pain,” she recited

“New Zealand mourns with you. We are one,” she added. 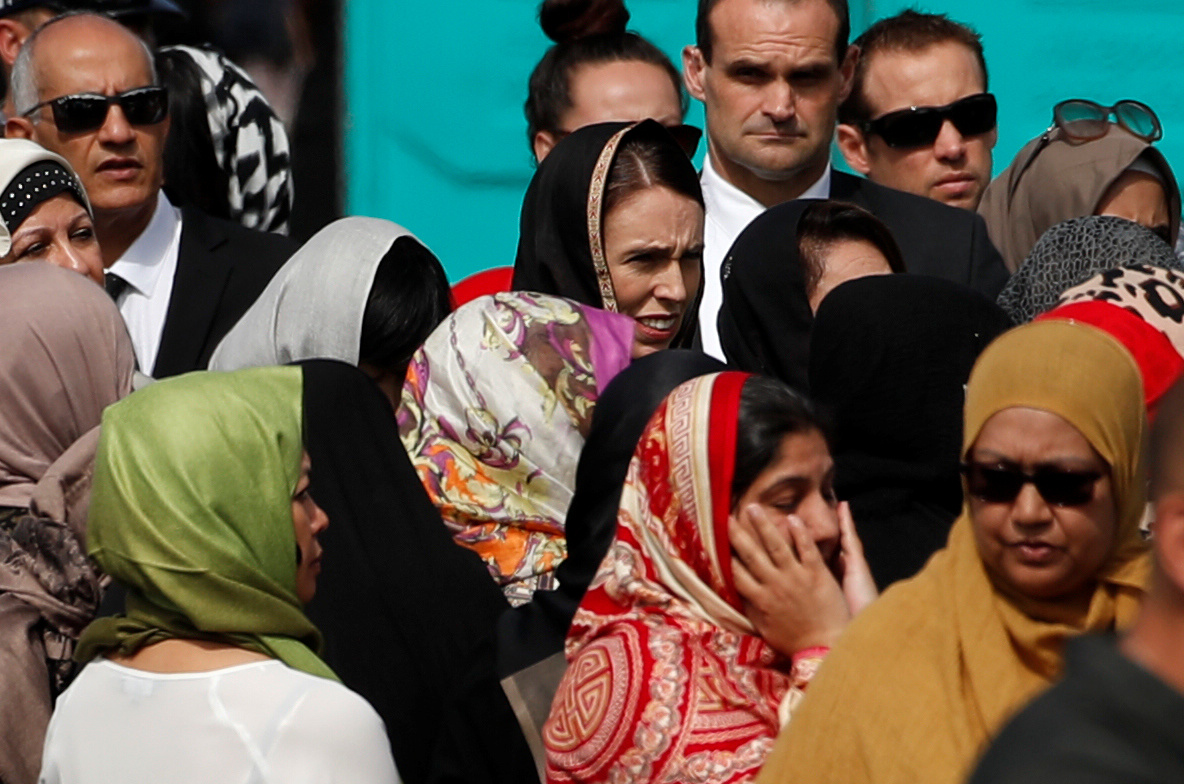 An imam then gave the call to prayer, which was broadcast on both television and radio across the country. A social media campaign also called for non-Muslim women to wear a hijab on Friday in solidarity with the Muslim community.

“I know many New Zealanders wish to mark the week that has passed since the terrorist attack and to support the Muslim community as they return to mosques,” Ardern said prior to Friday’s ceremonies, according to BBC. “How we choose to reflect during the silence will be different for each of us. Everyone should do what feels right for them, wherever they are, at home, at work, at school.”

A mass burial for the 50 people killed in the attacks is expected to take place later on Friday. Government officials reportedly worked to prepare the bodies for burial until 1:30 a.m. local time on Friday.

“All the bodies are washed. We finished around 1:30 a.m. It was our duty,” said one person who helped with burial preparations. “After we finished there was a lot of emotion, people were crying and hugging.”