“If I had a gun, I’d blow away Sampson and a large group of NRA,” a photo of a text message she was in the midst of creating revealed.

The sender of the text was escorted out but faced no further punishment.

“We investigated it and we didn’t feel there was a threat,” Lt. Glen Richards of the Connecticut Capitol Police stated.

When a Connecticut gun owner made similar private threats, however, the full force of the law was employed against him.

On Aug. 29, 2014, Edward “Ted” Taupier, of Cromwell, Connecticut, was part of an email discussion when he said this about his divorced judge, Elizabeth Bozzuto: “Bozzuto lives in Watertown with her boys and Na! … There [are] 245 [yards] between her master bedroom and a cemetery that provides cover and concealment. They could try and put me in jail but that would start the ringing of a bell that can be undone.”

At the time he wrote the email, Bozzuto had ordered no contact between Taupier and his two children for more than three months, he told The Daily Caller.

Bozzuto was not one of the recipients of the email; instead, it was a discussion between other court litigants and activists.

One of the recipients, Jennifer Verraneault, days later shared the email with an individual at the Greater Hartford Legal Aid Society, a state legislator and others. A copy made its way to the Connecticut Judicial Marshals before Bozzuto received a screenshot, Taupier said.

Verraneault and Bozzuto did not return emails for comment.

This triggered an investigation and on Aug. 29, 2014, the Connecticut State Police filed a risk warrant against Taupier.

That risk warrant cited Taupier’s gun collection: “That an inquiry through the State of Connecticut Department of Emergency Services and Public Protection Special Licensing and Firearm Unit database revealed Edward Taupier has a valid Connecticut pistol permit and twelve firearms.”

Risk warrants are the result of so-called red flag laws and Connecticut was the first to pass such a law in 1999.

They allow law enforcement to temporarily remove firearms from individuals deemed dangerous without that individual being charged with a crime as long as a judge signs a warrant.

The risk warrant against Taupier was as a result of Connecticut’s “red flag law.” Taupier said the Connecticut State Police used overwhelming force to execute the warrant.

Though not charged with a crime, Taupier’s guns were confiscated, he was taken into custody and Taupier said his bond was in excess of $1 million. He was also placed on two ankle monitors with a GPS device monitoring.

Connecticut Judge David Gold, who ordered the restrictions, did not respond to a request for comment.

Ironically, Judge Bozzuto recused herself from Taupier’s divorce and the judge who replaced her ordered visitation for Taupier starting in December 2014.

Even though the risk warrant was later dismissed, Taupier was kept on ankle monitors and his guns stayed confiscated until he was formally charged on Nov. 14, 2014. Taupier opted for a bench trial, but before a decision could be made, the U.S. Supreme Court made a pertinent decision.

In Elonis vs. United States, the court heard another case involving a threat made in a divorce. In the case, Anthony Elonis said on Facebook, referring to his ex-wife, “Took all the strength I had not to turn the bitch ghost. Pull my knife, flick my wrist, and slit her throat.”

The U.S. Supreme Court, in an 8-1 decision, reversed a lower court and said those words did not constitute a “true threat.” Chief Justice John Roberts authored the majority opinion and argued that because Elonis did not have mens rea, a guilty mind, it was not enough to convict.

In light of the foregoing, Elonis’s conviction cannot stand. The jury was instructed that the government need prove only that a reasonable person would regard Elonis’s communications as threats, and that was an error. Federal criminal liability generally does not turn solely on the results of an act without considering the defendant’s mental state. That understanding ‘took deep and early root in American soil’ and Congress left it in here: Under Section 875, “wrongdoing must be conscious to be criminal.”

Judge Gold was not convinced: “The objective test described in Krijger as the means of determining what constitutes a true threat continues to be good law in Connecticut even after Elonis.” 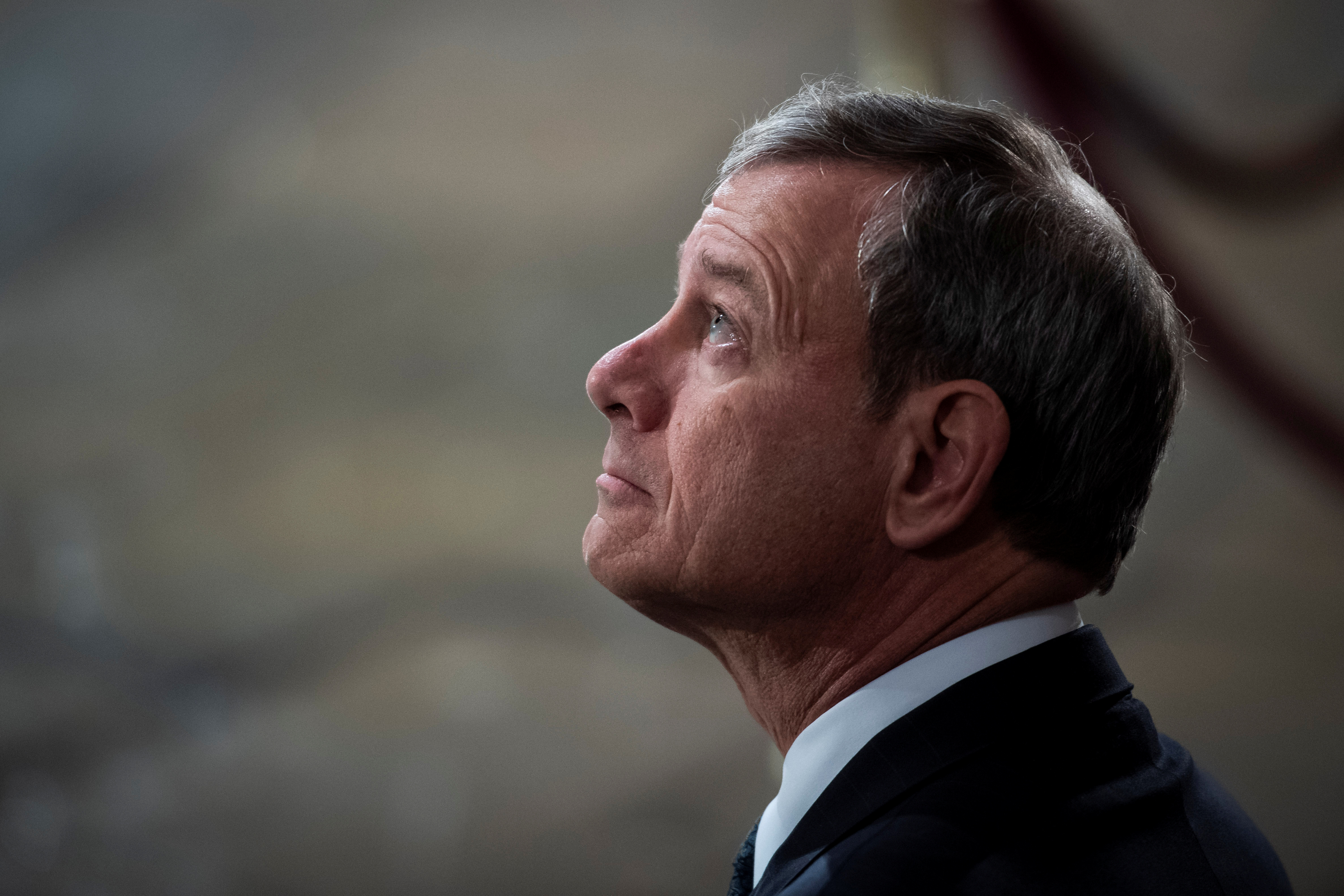 State v. Krijger, the case cited by Judge Gold, also appears to be a poor precedent because the threat was made directly to the person.

“The defendant was alleged to have made threatening statements to a town attorney immediately after the conclusion of a court hearing at which the town attorney advised the court of the town’s intention to seek to impose fines against the defendant for his continued zoning violations.” Judge Gold stated in his decision.

Even though the Krijger threat was made directly to the person, unlike in Taupier’s case, was still found guilty.

Judge Gold ruled that Taupier’s private email did constitute a “true threat” the legal standard he used to convict:

Using rhetorical embellishments to drive home the point, the defendant’s language was the rough equivalent of “I am going to shoot Judge Bozzuto and there is nothing she can do to stop me” — thereby reasonably suggesting that the defendant had become desperate enough not only to make the threat but also to carry it out.

Judge Gold even noted law enforcement tested Taupier’s guns: “Trooper Matthew Eagleston, of the Connecticut State Police, a firearms expert, inspected and test fired those four weapons (from those taken from Taupier) and concluded that each was fully operable and capable of accurately firing a projectile 245 yards.”

Sunny Kelley was one of the recipients of the email and she disagrees.

“Ted was convicted for his private thoughts,” she told the Caller. Kelley was one several parents featured in a 2018 story from the Caller. She has been barred from seeing her son since 2012.

Taupier was ordered to serve 18 months in prison but allowed on bail while his case was appealed.

In 2017, he made what law enforcement determined was another threat when he wrote on Facebook, “KILL COURT EMPLOYEES AND SAVE THE COUNTRY.”

He was taken into custody but eventually struck a deal, which did not add any prison time. He was released from prison on Dec. 24, 2018. While in prison, his parental rights were terminated.

“I was brought into court handcuffed and shackled,” Taupier said.

“Until further order of the court, the defendant shall have no in-person access with either of the children, and he shall not communicate or attempt to communicate with them in any manner, including by telephone, email, text message, video or internet call, social media, or by any other written or electronic means,” the order stated.

The court justified its order by concluding that “the contact between the children and their father since the date of judgment has been harmful to them. The father argues that he was only trying to teach the children to question authority. In reality, he was abusing his own parental authority to enlist them as foot soldiers in his war against the family court system.”

His case also nearly sparked a new law. In 2017, then Connecticut Democratic Rep. William Tong introduced a law that would increase the penalties for threats to a judge.

“In one especially chilling case, a top judge in the family court system has been subjected to repeated threats sent by email and recorded on YouTube from a man who said he was going to train his children to kill judges,” The Hartford Courant said in covering debate on the law, presumably referring to Taupier.

Taupier said he did make YouTube videos but never said he was going to train his children to kill judges.

Daniela Altimari, who wrote the story, did not return an email.

Tong is now the Connecticut attorney general, and his director of communications, Elizabeth Benton, confirmed Taupier’s case inspired the proposed law, which ultimately did not pass.

While Taupier has been released, he continues to be on an ankle monitor and has never received his guns back.

Taupier said he feels the real crime has not been prosecuted: “[Connecticut] spent millions prosecuting me while they ignored a real crime.”