Barr sent a letter to Capitol Hill committee chairmen in both chambers, informing them that the report was submitted to the Justice Department. (RELATED: Breaking: Mueller Submits Report To Justice Department)

Senate Majority Leader Mitch McConnell said in a statement he welcomed that the announcement from the special counsel has finally completed his investigation into Russia’s efforts to interfere in the 2016 elections.”

He continued, “Many Republicans have long believed that Russia poses a significant threat to American interests. I hope the special counsel’s report will help inform and improve our efforts to protect our democracy.”

McConnell said Barr will now need time to review the report, adding, “The attorney general has said he intends to provide as much information as possible. As I have said previously, I sincerely hope he will do so as soon as he can, and with as much openness and transparency as possible.”

Little is known about the contents of the report that was two years in the making and led to the indictment or guilty plea of six Trump associates. However, not one indictment was related to conspiracy or collusion with Russians. 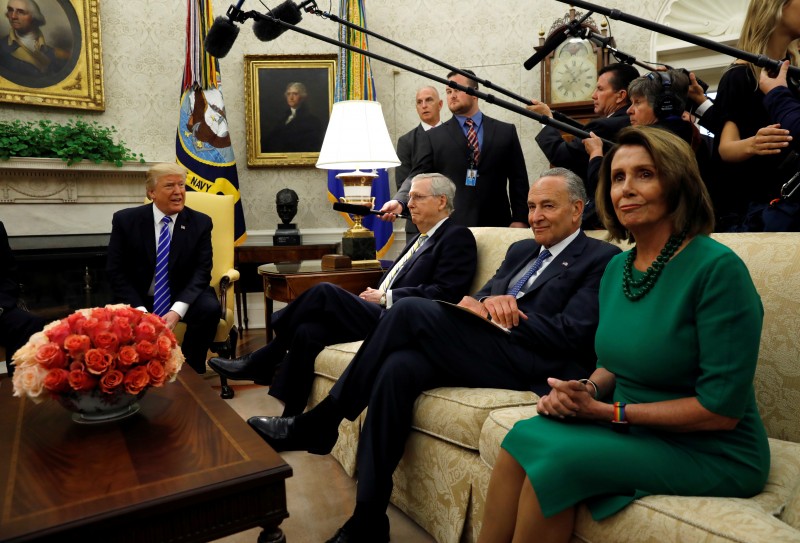 A senior Justice Department official told Fox News that the special counsel has not recommended any further indictments.

House Speaker Nancy Pelosi and Senate Minority Leader Chuck Schumer called for the complete public release of the report in a joint statement:

Now that special counsel Mueller has submitted his report to the Attorney General, it is imperative for Mr. Barr to make the full report public and provide its underlying documentation and findings to Congress.

Attorney General Barr must not give President Trump, his lawyers or his staff any ‘sneak preview’ of Special Counsel Mueller’s findings or evidence, and the White House must not be allowed to interfere in decisions about what parts of those findings or evidence are made public.

The Special Counsel’s investigation focused on questions that go to the integrity of our democracy itself: whether foreign powers corruptly interfered in our elections, and whether unlawful means were used to hinder that investigation. The American people have a right to the truth. The watchword is transparency.