Judging by the photos and clips on her social media account, the honor is well deserved. (RELATED: Celebrate Alessandra Ambrosio’s Birthday With Her Most Scandalous Pics [SLIDESHOW])

“I found out I was going to officially become a Victoria’s Secret Angel when I was at dinner with my best friend. . . . It’s very exciting! It still feels so surreal, to be honest, I have been working so hard to get to this moment — it’s a real mixture of feeling emotional, nervous and excited,” the 29-year-old Victoria’s Secret model shared with Glamour UK Thursday. 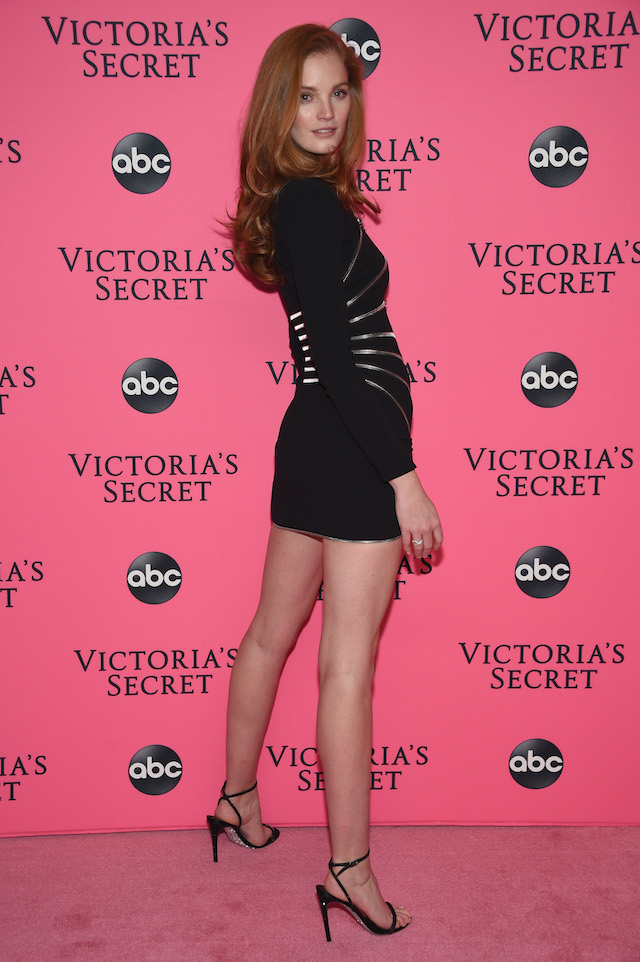 “I found out when I was having dinner with one of my best friends, just in a restaurant in Soho, New York,” she added. “My agent sent me a screenshot of an email saying, ‘You are joining the [Victoria’s Secret] family in 2019!’ So, I called her thinking she was joking, and she said, ‘No, it’s true!'”(RELATED: Take A Look Back At Adriana Lima’s Career With Victoria’s Secret)

Graham continued, “So, me and my friend just got champagne — it was such a great way to find out! We kept it chic though, darling!”

The beauty from Nottingham, U.K., announced Thursday on Instagram that she had officially got her wings — following in the footsteps of such huge supermodels as Gisele Bundchen, Adriana Lima and Jasmine Tookes, just to name a few.

She first walked the annual lingerie show catwalk in 2017 and then once again in 2018. Lots of models walk the show, but getting wings is a special honor.

“Being an angel is part of having that media outreach so that I can say to young red-head kids, ‘you can do anything you want! Nothing is impossible!'” she added. “This is a ‘two fingers up at my bullies’ moment…”

Graham continued, “Like most redheads, I did get bullied at school because we just stand out. I was this skinny little, geeky thing with no boobs but now I have embraced it as a woman. Having red hair is now a powerful part of my identity. It took me a long time to get here, I have gone through so much in the last ten years both in terms of my career and my life.”

At one point, she said she almost gave up her dream of modeling about “[five-to-six] years ago,” but her mom encouraged her to “keep going.”

And clearly it was a great decision. We can hardly wait to see what the future will bring for her. Congratulations!