OTTAWA, CANADA — Karl Rove said Friday he’s not surprised that the Mueller report has apparently found no evidence of collusion between President Donald Trump and Russia.

The former senior adviser and deputy chief of staff to President George W. Bush was speaking to 2,000 people at the Manning Networking Conference that brings together Canada’s conservative politicians, political action committees and opinion leaders every year. 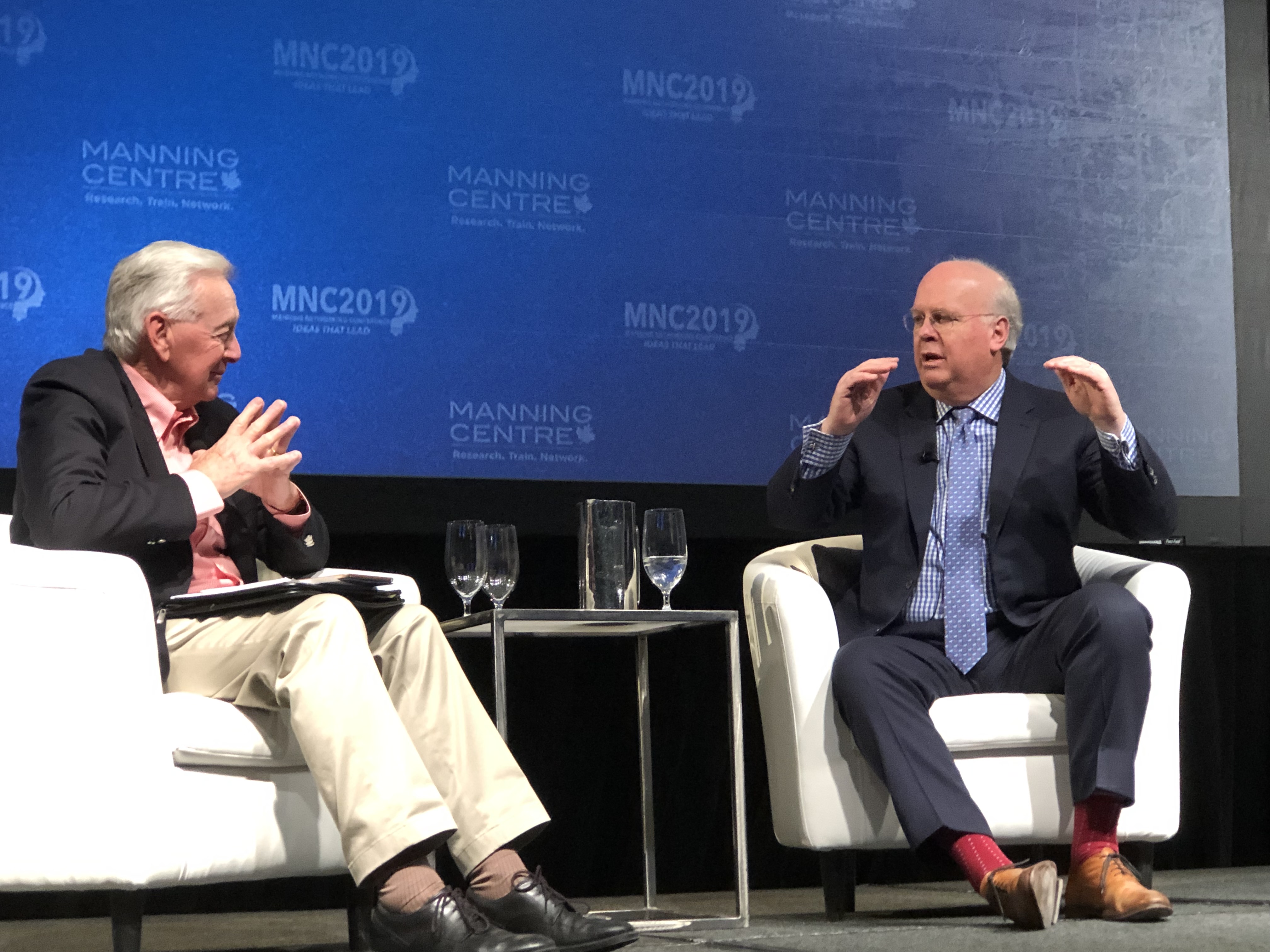 Karl Rove answers questions from the crowd at the Manning Networking Conference in Ottawa, Canada on March 22, 2019. The Daily Caller photo by Janet Krayden

Rove said if there had been any collusion between the Trump campaign and Russia, we would have known about it long before Robert Mueller, whom Rove described as being a “straight arrow.” (RELATED: White House Reacts To Mueller Report Release)

“Every campaign leaks … no campaign in my experience has leaked worse than the Donald Trump campaign: 2016 was like if you wanted to know who had gone to the restroom at 11 o’clock in the morning, somebody would tell you,” Rove quipped.

Rove, who is known as “The Architect” for having masterminded Bush’s election victories, reserved his harshest words for former FBI Director James Comey.

“Under U.S. law, [Comey] had no authority whatsoever to make the decision not to indict Hillary Clinton … He’s the head of the FBI. His job is to investigate and to make what’s called ‘a referral’ to the main Justice Department. He decided not to. Why? Because the attorney general of the United States was compromised by having met with William Jefferson Clinton on the tarmac in Phoenix. Well, fine. He should have referred it to the Justice Department. She should have said ‘I recuse myself.’”

Rove added that having decided not to charge Hillary Clinton, there was no point in then describing her email habits as “extremely careless.” (RELATED: New Emails Revealed By Judicial Watch Seem To Show More Classified Documents On Clinton’s Private Server)

When asked if he thinks the Mueller report will still hurt Trump’s chances for re-election, Rove said the ball is in the president’s court.

“I think it all depends upon how Trump reacts,” he said, suggesting that the chief executive should focus on his successful fiscal policies.

”Our economy is going to beat the band. We’ve got low unemployment, we’ve got wages growing faster than the economy, we’ve got more job openings than we’ve got job seekers, we’ve got the lowest unemployment rates for African-Americans since we began keeping the records by race in 1948 … ”

Rove said Trump has proven his economic critics wrong. “I love all these idiots who served in the previous administration who said, ‘Oh no, conservative economics will never achieve growth of three percent’… all these smart people who said, ‘That’s a fairy tale; it’s not going to happen.'”