Erdogan suggested turning the Byzantine cathedral in Istanbul into a mosque during a televised interview, saying that the site could “change its name from museum to Hagia Sophia Mosque,” contradicting his March 16 speech in which Erdogan denied that the site would ever be turned into a mosque. (RELATED: Trump Says Extradition Of Erdogan Foe Is ‘Not Under Consideration’)

“It’s not impossible … but we would not do it under the name ‘museum’ but ‘Hagia Sophia mosque,'” Erdogan said according to AFP.

“Tourists come and go at the Blue Mosque. Do they pay anything? … Well, we will do the same with the Hagia Sofia,” he added.

The Greek government railed against the idea, arguing that the 6th century cathedral was once the seat of eastern Christendom and has been recognized  by UNESCO as a world heritage site.

“It is not only a great temple of Christendom — the largest for many centuries — it also belongs to humanity. It has been recognized by UNESCO as part of our global cultural heritage,” Greek Foreign Minister George Katrougalos said according to The Associated Press. “So any questioning of this status is not just an insult to the sentiments of Christians, it is an insult to the international community and international law.”

“We want to hope that the correct statements of March 16 by the Turkish leadership will be valid and there will be no change of this status,” he added. 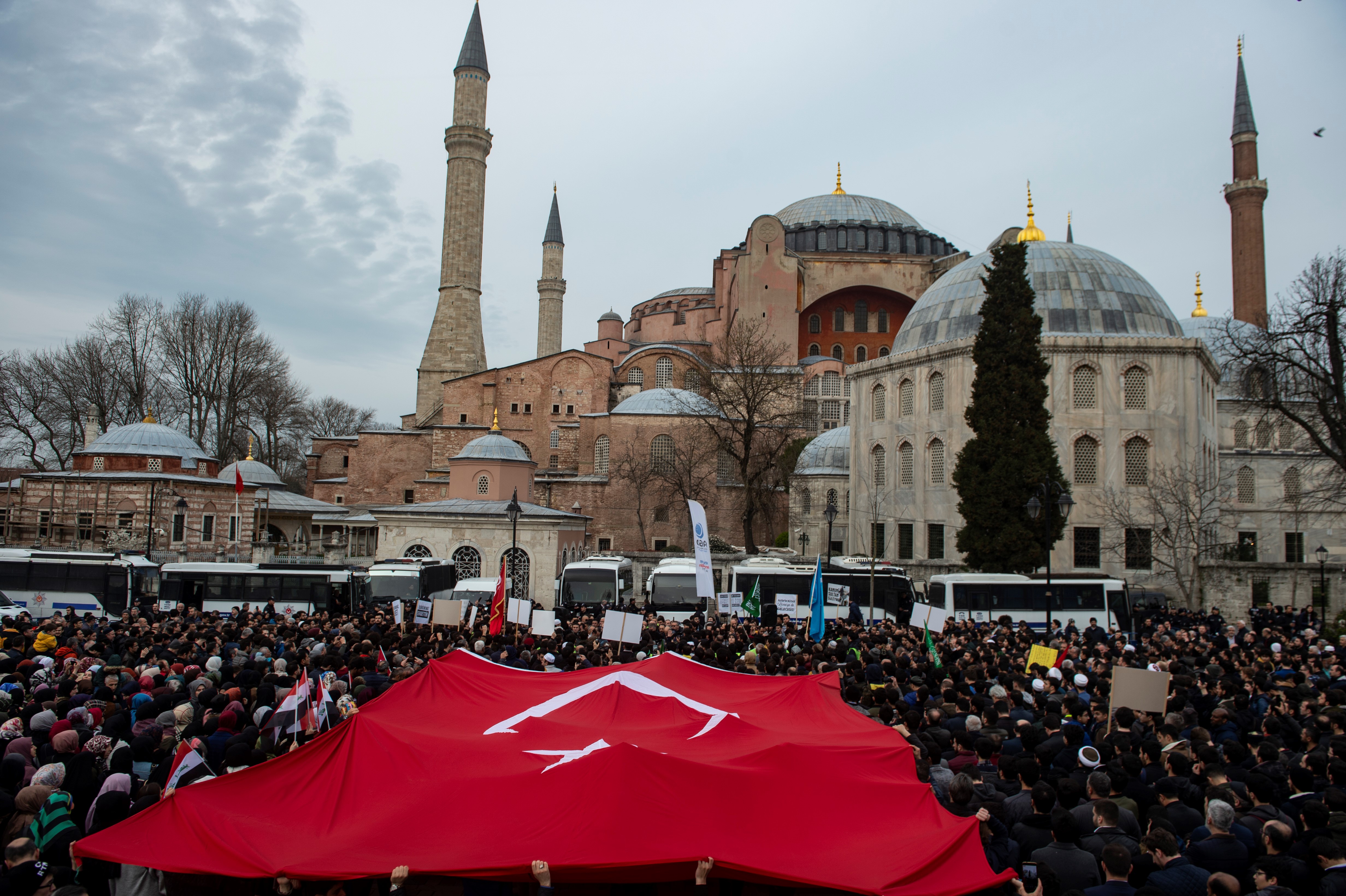 The Hagia Sophia was first commissioned by Byzantine Emperor Constantius in 360 A.D. The basilica was destroyed and rebuilt twice over the years as a result of riots. Emperor Justinian I ordered the construction of the third and final iteration of the basilica built in 532 A.D. Construction finished five years later.

The structure remained a Christian basilica until 1453, when the Ottomans conquered the city (then Constantinople) and converted the Hagia Sophia into a mosque. The Ottomans covered much of the Christian iconography inside with Islamic calligraphy and used the Hagia Sophia as a place of Islamic worship until Mustafa Kemal Ataturk had it converted into a museum in 1935, nine years after founding the Republic of Turkey.

Erdogan brought up the possibility of converting the Hagia Sophia into a mosque in response to the manifesto of the gunman who killed 50 people in mosque shootings in Christchurch, New Zealand. The gunman reportedly wrote that the site should be “free of minarets.”

Proponents of the form of secularism that Ataturk established in Turkey have openly criticized Erdogan and his party, partly out of concern that Erdogan supports conservative Islam over secularism and has planned to convert the Hagia Sophia to a mosque for some time.