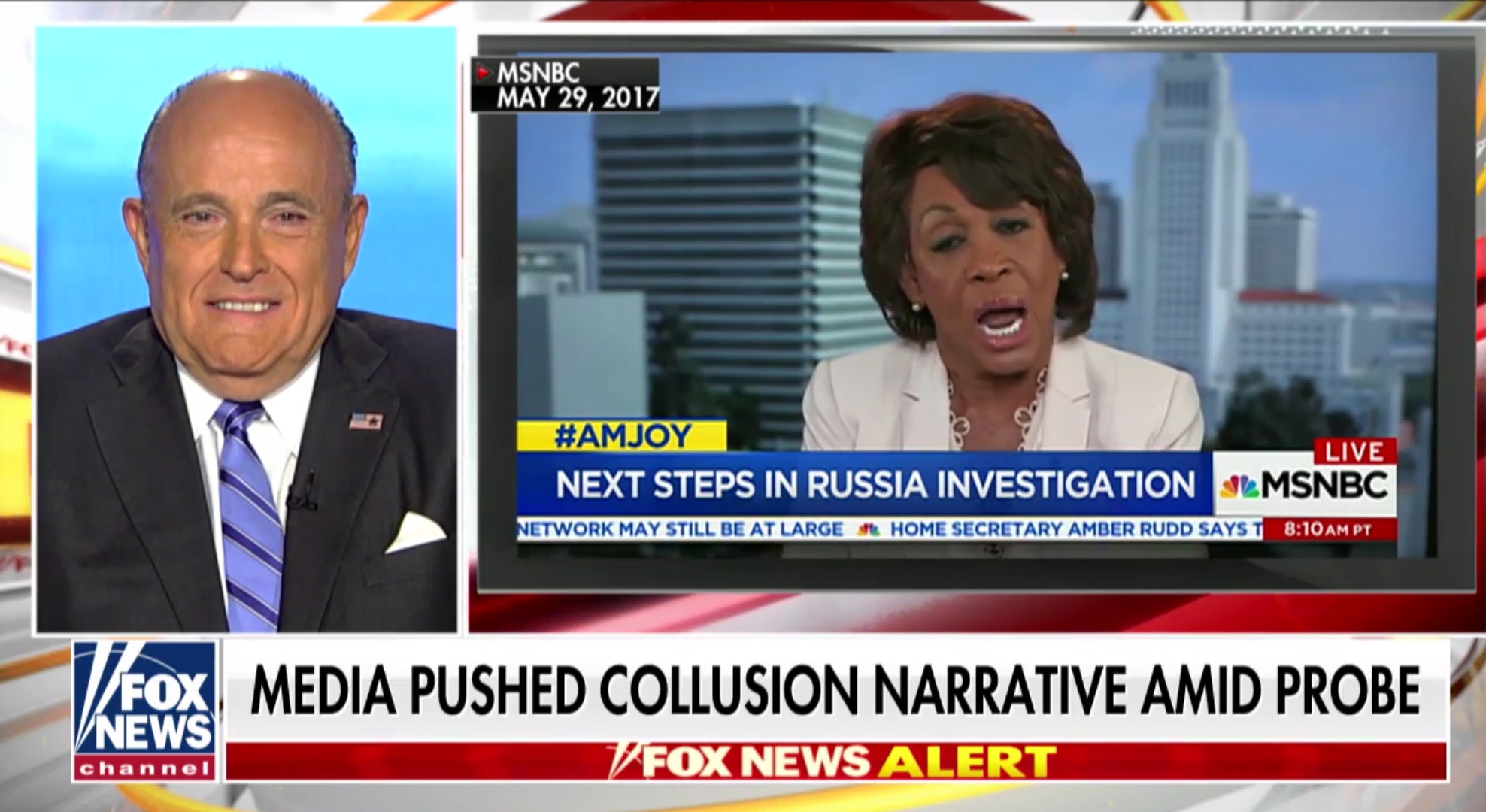 “I think they’re shameless,” Giuliani told Fox & Friends Monday morning. “You would think they would have the decency to say, ‘I was wrong. I made a mistake.’” (RELATED: Top Ranking Democrat Says The Mueller Report Doesn’t Matter: ‘We Know There Was Collusion’)

The former mayor declared that Trump has “been absolved, vindicated, exonerated — you pick the word.”

After listening to a string of Democrats who all indicated they believed beyond a doubt that Trump had colluded with Russia to win the 2016 president leadership, Giuliani noted, “These people are unhappy with the finding. Shame on them! Shame on them!”

On Sunday, Independent Vermont Sen. Bernie Sanders demanded “the whole damn report,” even though significant portions cannot be released due to security and privacy concerns. 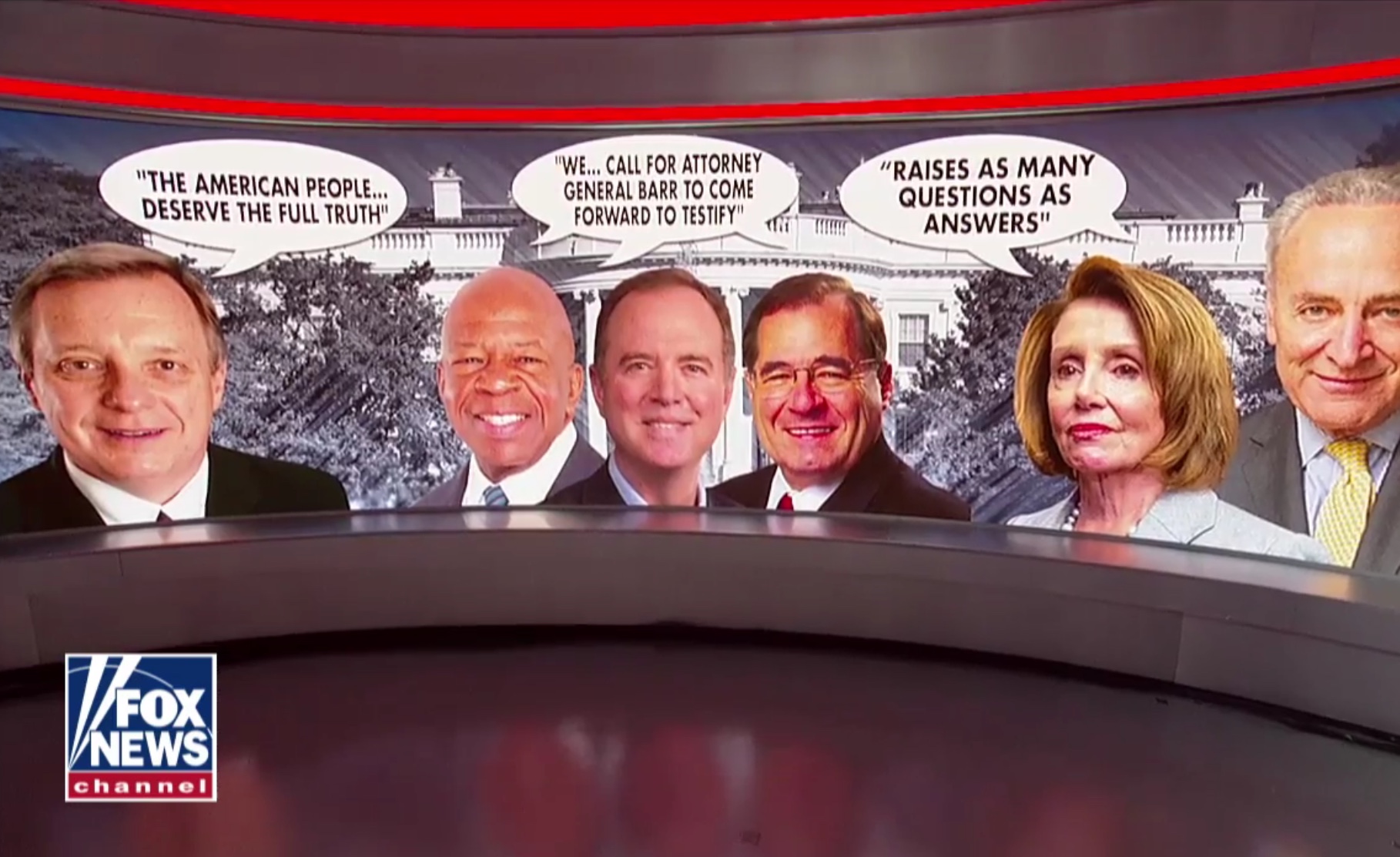 Just some of the Democrats who were certain that President Trump was guilty of collusion with the Russians. Fox News screenshot

Commenting on the Mueller probe and how they sent SWAT teams to arrest people in their homes, the presidential lawyer said, “They conducted this investigation as if this were a terrorism … or organized crime case.”

Referring to some of the members of Mueller’s team as “rabid partisans” Giuliani said, “If they can’t find [proof], it’s not there. There was no obstruction of justice. There was no collusion.” (RELATED: CNN Forced To Admit Mueller Report Vindicates Trump)

But he suggested people should be asking something else. “Now the question is if there were three investigations — no evidence of collusion — who made it up?” Giuliani asked on “Fox & Friends” Monday morning. “It didn’t just come out of thin air. I want to know who did it. Who paid for it? Who fueled it? Because the person that did it, and the group that did it, knows it’s untrue because they invented it.”

He insisted, “Every American should breathe a sigh of relief” over the release of the Mueller probe and its indication that the president did not commit “these crimes.”