Former Massachusetts Gov. Bill Weld says he is leaning toward a Republican presidential run, and will give himself until April to make a final decision.

“I’m leaning towards doing it unless something changes, and set myself an informal deadline of the month of April to pull the trigger,” Weld said Monday while visiting the early primary state of New Hampshire, according to Politico.

If he decides to take the plunge and officially challenge President Donald Trump in the 2020 Republican primary, Weld believes he would be competitive in the more progressive states in New England, as well as California. He says his campaign would actively seek support from suburban women, millennials and independent voters.

The moderate Republican expects his campaign would be adequately funded, and he would plan on using traditional means for raising money in lieu of online dollars.

“I’m looking for old-school money. My Rolodex of years’ past and those I’ve spoken to,” he explained.

Weld — who ran for vice president in 2016 under the Libertarian Party ticket, but is now a Republican once again — acknowledged the insurmountable odds of challenging a sitting president from the same party.

“Some independent voters might conclude choosing between simply two men who have nothing in common other than being large, orange men,” he said. “And I think politically, the president and I have not very much in common at all. That might be an appealing way to cast a vote that would make a difference.”

Since forming an exploratory committee in February, the former two-term governor has made several stops in the Granite State and visited the South by Southwest festival in Austin, Texas earlier in March. Weld is set to meet with New Hampshire GOP Gov. Chris Sununu on Tuesday. (RELATED: Paul Ryan Just Landed A Brand New Gig) 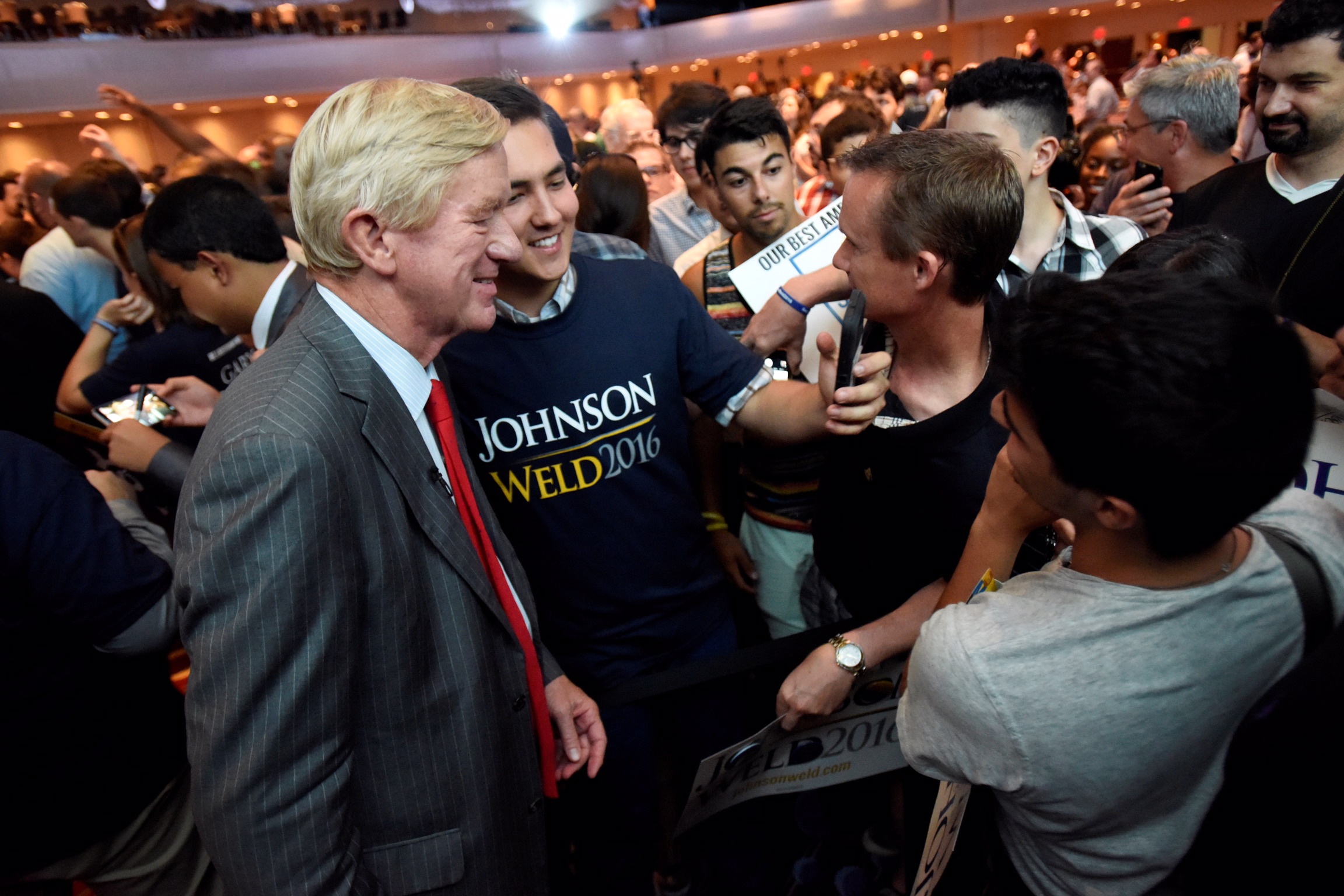 Weld is not the only Republican mulling a primary challenge against Trump.

Maryland GOP Gov. Larry Hogan originally said he would wait for the Mueller report to be released before making a final decision on whether to run. However, a Hogan aide said Monday that the report — which has cleared the president of Russian collusion — will make no bearing on his decision. Former Ohio Gov. John Kasich had also mulled a campaign run, but has since admitted that he would not be able to defeat Trump in a primary election.

Jeb Bush, a former presidential candidate himself, said he would like to see a Republican challenger step forward in 2020.