“The only farm animal I’ve fucked is the pig in the whitehouse [sic], thank you very much. And you clearly care enough about what I say to open Twitter, go to my page, read my posts AND type a response.”

— Stormy Daniels, when told no one gives a damn what she has to say and to get over herself. Hater also said, “You’re nothing but a woman who fucks men, women and farm animals for money. Go away.”

Van Susteren is a former anchor on MSNBC, Fox News and CNN. Broaddrick claims former President Bill Clinton raped her in 1978 when he was Arkansas’s Attorney General.

GRETA VAN SUSTEREN: “I don’t think putting gasoline on a fire is smart. Regardless of what HRC did or did not do, she is out of politics and the nation needs to move forward not be stuck in the past. I worry more about the now and the future for my fellow Americans than the past.”

JUANITA BROADDRICK: “Wow!! You are an imbecile, Greta. You just want to forgive Treason? Sorry…. majority of Americans are pissed!”

“Today I had an email calling me part of the Nephilim cult and engaging in child cannibalism. So of course I replied, ‘Well, you have to eat them when they’re young or they get gamy.'” — Rick Wilson, GOP media guy.

“I’m in a lengthy back & forth with a reporter who is convinced Democrat candidates skipped AIPAC because of scheduling conflicts & not because the far left of their party would have torched them for attending (see: Kamala’s tweet).” — Alyssa Farah, press secretary, VP Mike Pence.

“‘I want to help out,’ a chipper Page said as he strode earnestly through a House office building, briefcase in tow.” — a Politico story by Kyle Cheney.

“I wish i was a guy. guys don’t freak out over every little thing. I’m an emotional volcano all the time.” — Pardes Seleh, writer, Mediaite, formerly a scriptwriter for Fox News.

Clay Travis to CNN: Thanks for the memories!

Journo goes a week without a cig

“One week without a cigarette! The second week is always the hardest to get through.” — Gene Park, social media, WaPo.

“My hubby is so sweet. He told me he was going to Barnes & Noble after work (nothing unusual for him). Instead, he picked up a lemon bundt birthday cake for me from @nothingbundt! I know he loves me when he drove an hour out of his way.” — Beth Baumann.

Journo To Sarah Sanders: ‘How do you look your children in the eyes?’

“How is this an acceptable thing for the White House press secretary to tweet out about members of the press and ordinary American citizens?” — Susan Hennessey, CNN National Security and Legal Analyst.

“How do you look your children in the eyes, Sarah? The lying you do for that corrupt heathen is astounding.” — Jamie Schler, WaPo food writer.

Mueller Madness! Which of the angry and hysterical @realDonaldTrump haters got it most embarrassingly wrong? #YouDecide pic.twitter.com/IkzUesDdub

Michael Avenatti, 3:06 a.m.:”I want to thank all of my supporters for your kind words and support today. It means a lot to me. I am anxious for people to see what really happened. We never attempted to extort Nike & when the evidence is disclosed, the public will learn the truth about Nike’s crime & coverup.”

Hollywood’s Bette Midler goes off on President Trump: “Donald Trump has forced us to live through war as a nation for the last two years; he has caused depression, despair, confusion and death. We’re not just sick at heart, but literally sick from him; from uncontrollable rage at the thought that he will get away with his crimes.”

WaPo‘s Jennifer Rubin has a question. “What if Mueller report says here’s all the evidence of obstruction might guidelines tell me the remedy is impeachment? Isn’t that very possible?” — JR. 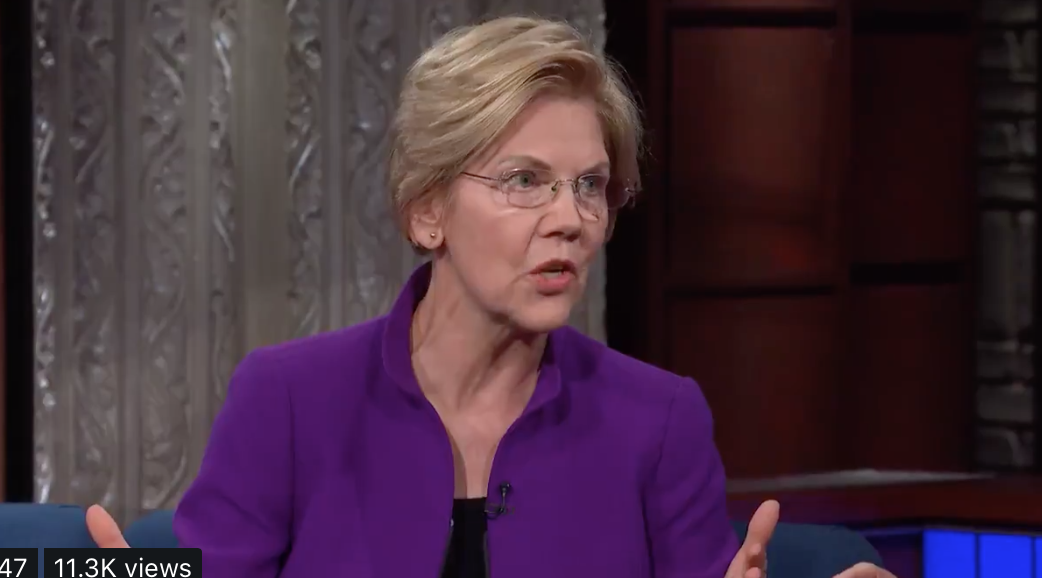 Brian Stelter, biased chief media correspondent, CNN: “From a source in Jussie Smollett’s camp: ‘In 2 1/2 weeks this was turned around because he is innocent and was the victim of a hate crime.'”

Cam Cawthorne, Washington Free Beacon, media analyst: “Brian Stelter to the rescue to provide a quote from a blatantly biased source to muddy the water and provide cover to Smollett. He will be a regular guest on Reliable Sources in the near future.”

Author Terry McMillan wants to move to another country

“I’m considering moving to another country at this rate. It’s gotten so exhausting to live in America the last two years which have felt like fifty.” — Terry McMillan.

“Pretty much everything Avenatti did was a disaster for Democrats politically, especially including completely fucking up on Kavanaugh, but he’s done them a solid by completely stealing the news cycle by being charged with so many crimes the day after Trump got good news for once.” — Nate Silver, editor of FiveThirtyEight.