Outlets had first reported on Pelosi’s intent to make a health care announcement Monday in the wake of Mueller probe news that had Democrats searching for a distraction. The push comes as roughly 100 House Democrats eschew Pelosi’s more moderate stance and support Medicare for all, a bill to place virtually all health care payment in the government’s hands.

Pelosi praised the ACA for “delivering a pillar of health and economic security” days after its ninth anniversary during a press conference to unveil the legislation Tuesday.

The legislation would also reinstate ACA advertising and outreach budgets and prevent the Trump administration from issuing many waivers that let states tailor how they provide coverage, Pelosi’s office told PBS. 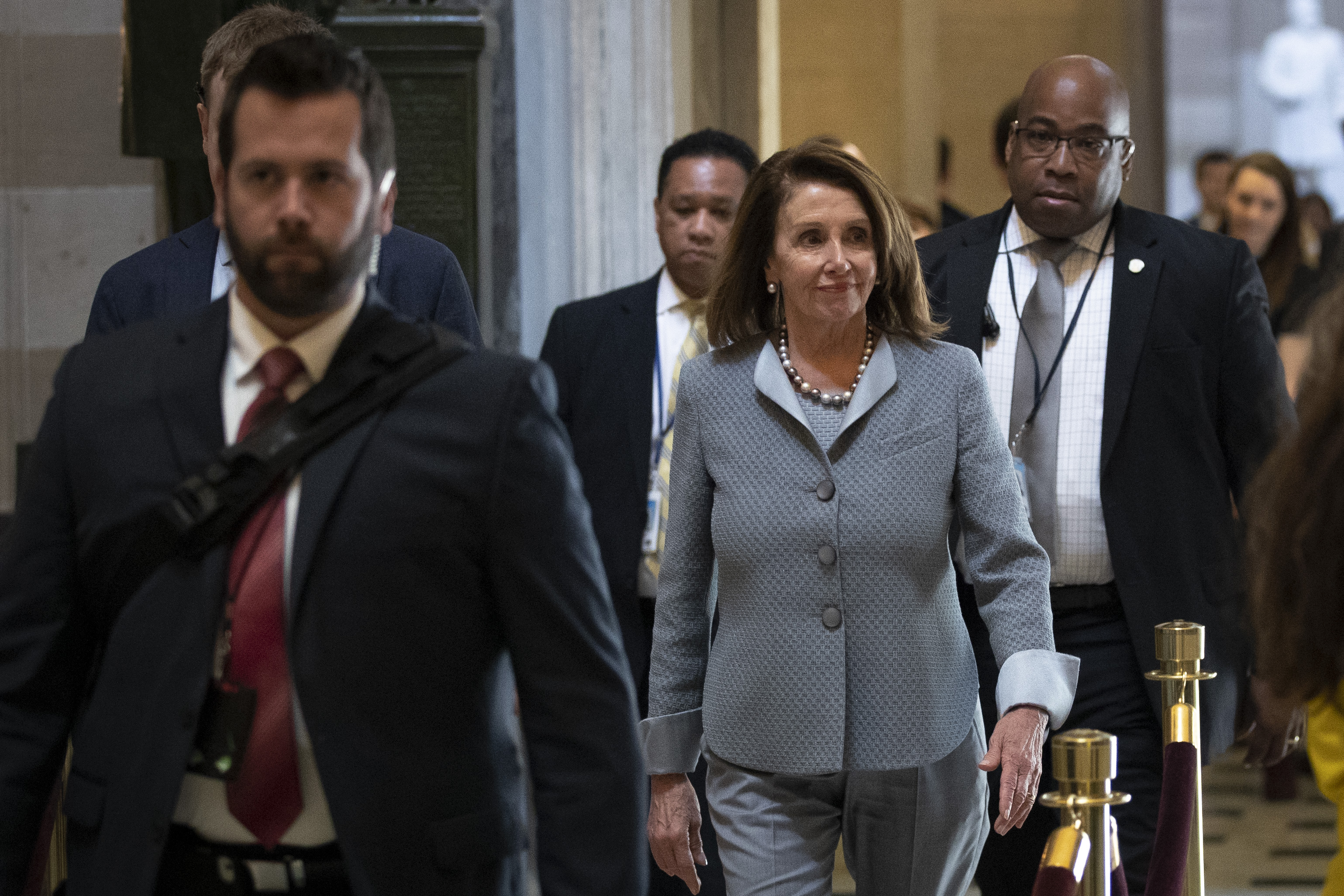 Speaker of the House Nancy Pelosi walks through Statuary Hall after leaving her office at the U.S. Capitol, March 26, 2019 in Washington, DC. (Photo by Drew Angerer/Getty Images)

Neither Medicare for all nor Democrats’ latest health care package have chances of passing the Republican-controlled Senate. But portions of the package unveiled Tuesday could garner bipartisan support and become law, according to PBS.

Many Democrats with more moderate bases would be in trouble should Pelosi put Medicare for all up to a vote.

“Most people receive health care from their employer,” Democratic California Rep. Scott Peters said according to The New York Times. “They do not want to replace it with an untested government system.”

Pelosi herself has not expressed enthusiasm for Medicare for all. The Times reported:

Ms. Pelosi has publicly stayed out of the fight, but with hearings on Medicare for all and other proposals scheduled in the coming weeks, that stance may not be sustainable. People close to her say she has serious reservations about the single-payer bill and believes the nation can achieve the goal of universal coverage at a more manageable cost by building on the framework of the Affordable Care Act, which she worked tirelessly to secure in 2010.

House Democrats’ push to cement parts of the Affordable Care Act as Republicans try to keep their “repeal and replace” campaign promises comes at an opportune time. The Department of Justice sided Monday with a December district court ruling that found the ACA violated the Constitution. The move could be the first step in a journey to the Supreme Court that could help President Donald Trump fulfill his campaign promise to get rid of Obamacare.