The late Barbara Bush told incoming first lady Melania Trump not let anyone pressure her to move into the White House, according to an excerpt from a new biography.

The biography titled “The Matriarch: Barbara Bush and the Making of an American Dynasty,” includes a letter Bush wrote to Melania just two weeks after Donald Trump won the election.

The letter welcomes Melania to the “First Ladies very exclusive club” and gave the incoming first lady some advice, saying she should do whatever she needs to do for her and her son, Barron Trump, per Today.com Wednesday. (RELATED: Celebrate Melania’s Birthday With Her Greatest Looks As First Lady [SLIDESHOW])

“Dear Mrs. Trump,” the former first lady penned, “The world thought I was writing this note to Bill Clinton. I am glad that I am not. I wanted to welcome you to the First Ladies very exclusive club.” (RELATED: President Trump Shows Remembrance Display For Barbara Bush In The White House) 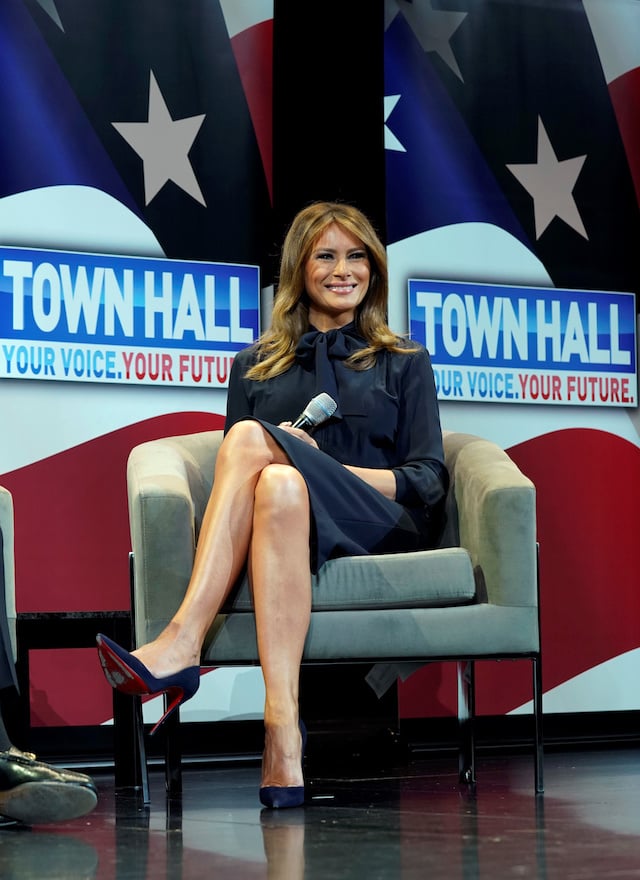 “My children were older and, therefore, I did not have the problems you do,” she added at a time when reports were saying FLOTUS had yet to move into the White House, and some even speculated that she might decide to stay in New York.

“Whatever you decide to do is your business and yours alone,” Bush wrote. (RELATED: Melania Sat Next To The Obamas, Clintons For Barbara’s Funeral – What She Did Next Was Pure Class)

Bush continued, “Living in the White House is a joy and their only job is to make you happy. If you decide to stay in NYC that will be fine also. When you come to the White House let your son bring a friend. That is my unasked for advice. God Bless you.”

The late FLOTUS passed away about one year ago, on April 17, after her long battle with congestive heart failure and pulmonary disease. She was 92. Her husband, the late President George H. W. Bush died in November. He was 94.