James Alex Fields pleaded guilty Wednesday to over two dozen federal hate crimes after he mowed over a crowd of protesters at a rally in Charlottesville, Virginia, killing a woman and injuring numerous others.

The Ohio native and self-avowed white supremacist pleaded guilty to 29 of 30 federal charges Wednesday, admitting he intentionally plowed through a crowd of anti-racism protesters at a white supremacist “Unite the Right” rally in Charlottesville on Aug. 12, 2017, The Associated Press reported.

Fields, 21, admitted Wednesday to driving his car over the protesters because of their race, religion, color or national origin, the AP reported. Fields’s guilty plea comes after he was convicted of first-degree murder in December for the murder of Heather Heyer. 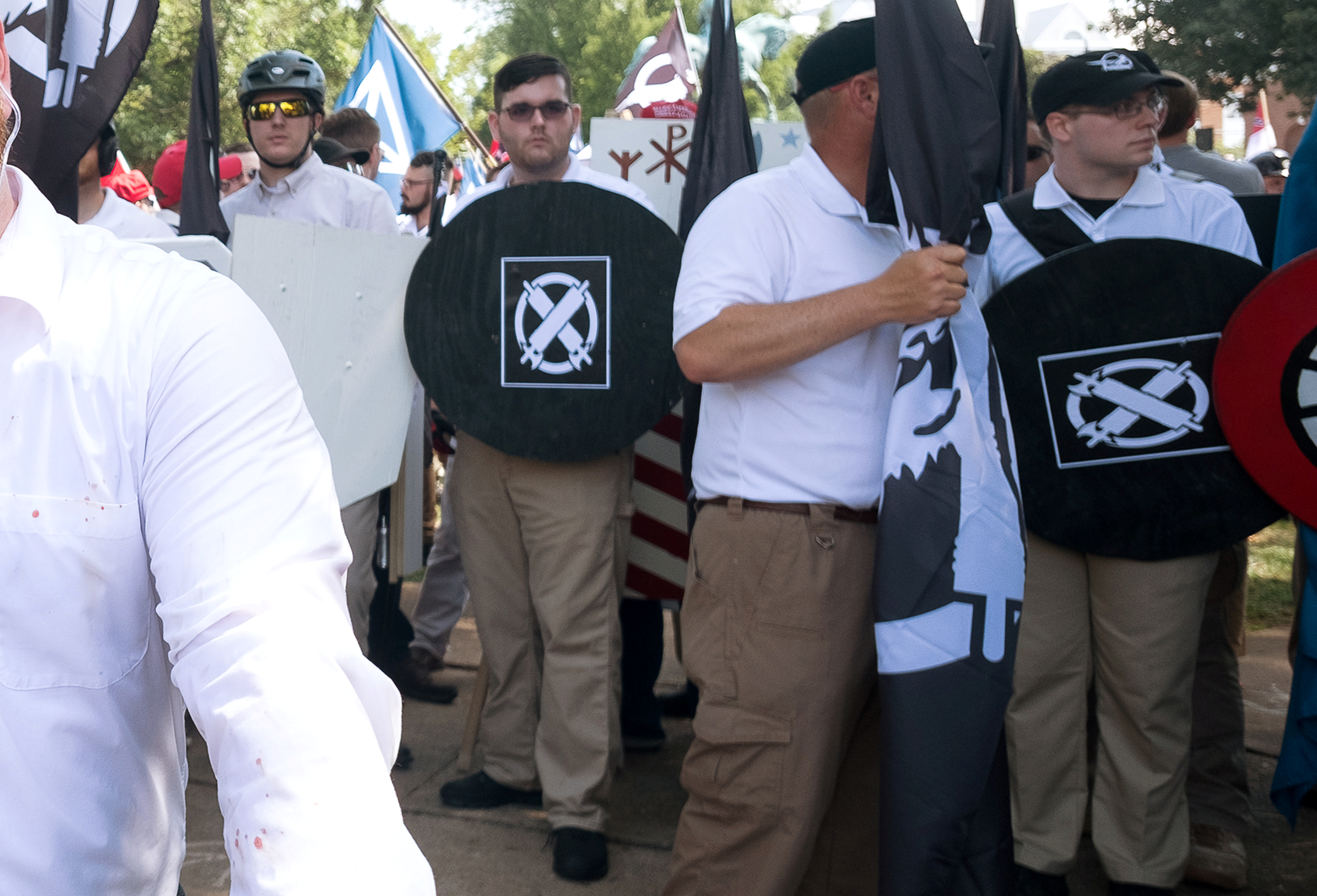 James Alex Fields Jr., (2nd L with shield) is seen attending the “Unite the Right” rally in Emancipation Park before being arrested by police and charged with charged with one count of second degree murder, three counts of malicious wounding and one count of failing to stop at an accident that resulted in a death after police say he drove a car into a crowd of counter-protesters later in the afternoon in Charlottesville, Virginia, U.S., Aug. 12, 2017. REUTERS/Eze Amos

“The defendant’s hate-inspired act of domestic terrorism not only devastated Heather Heyer’s wonderful family and the 28 peaceful protesters … but it also left an indelible mark on the city of Charlottesville, our state and our country,” said U.S. Attorney Thomas Cullen, according to the AP. (RELATED: Virginia Governor Declares State Of Emergency Before Charlottesville Anniversary)

Federal prosecutors will not seek the death penalty after Fields agreed to a plea deal that could put him in prison for life.

“There’s no point in killing him,” Heyer’s mother, Susan Bro, also told the AP. “It would not bring back Heather.”