Meghan Markle and Prince Harry’s plans to settle into Frogmore Cottage before the arrival of their first child have reportedly hit a snag.

A palace aid told Vanity Fair magazine Monday that the Duke and Duchess of Sussex were already given the keys to their new home on the grounds of Windsor Castle. But it will be “a couple of weeks” before the state-of-the-art renovations on the home are completed. (RELATED: Celebrate Prince William’s Birthday With Unforgettable Shots Of Kate Middleton [SLIDESHOW]) 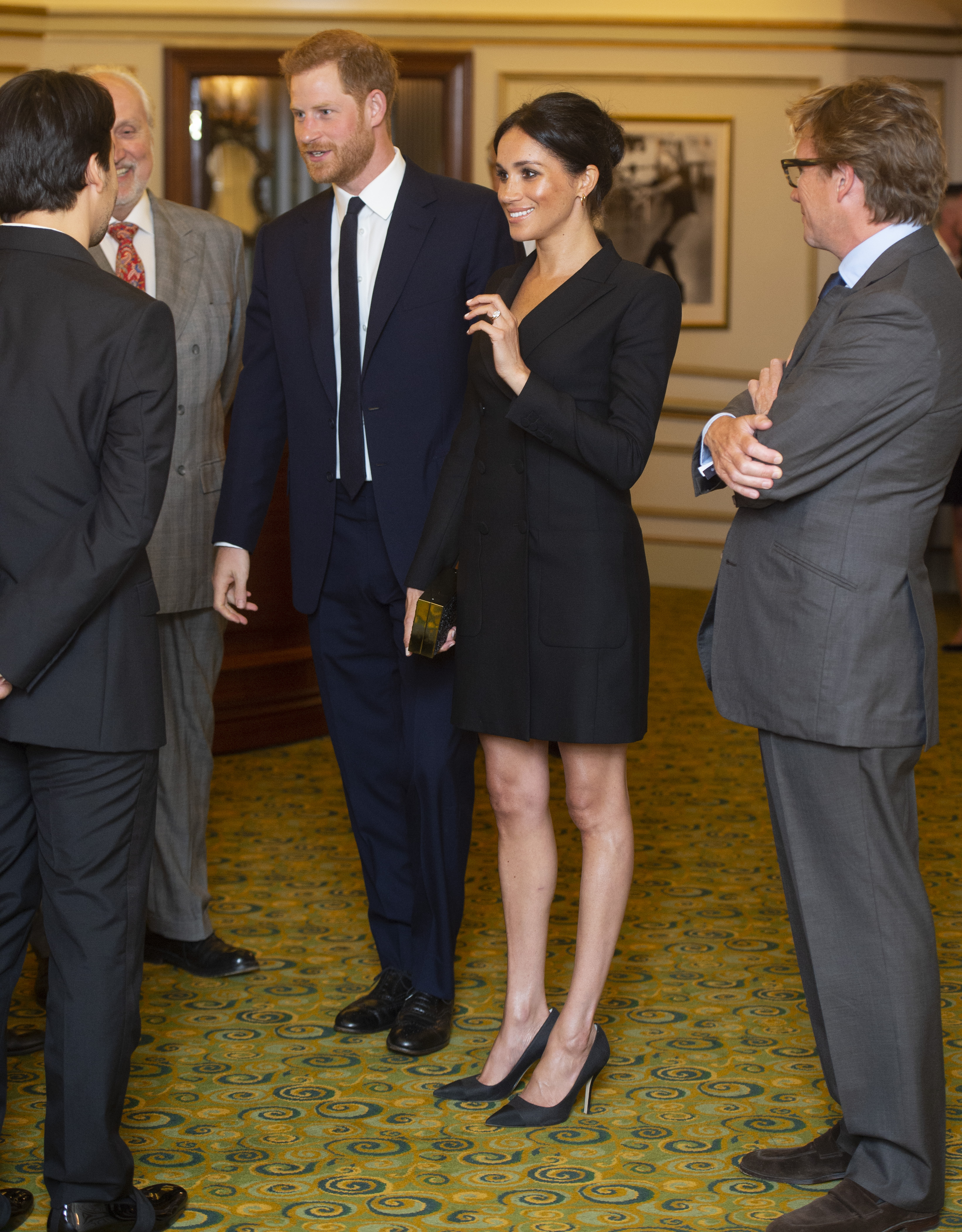 Prince Harry, Duke of Sussex and Meghan, Duchess of Sussex speak with writer Lin Manuel Miranda and others from Sentibale as they attend a gala performance of “Hamilton” in support of Sentebale at Victoria Palace Theatre on August 29, 2018 in London, England. (Photo by Dan Charity – WPA Pool/Getty Images)

“Given the scale of the project, a three or four-week delay isn’t too bad,” one source told The Sun outlet. “The couple are pleased with how it’s all going.”

Sources shared that some of the extensive renovations to the property include sound-proofing the place to block out the noise from planes flying in and out of Heathrow airport.

“The location has advantages and disadvantages. They are near Heathrow, which is great because Doria [Ragland, Markle’s mother] will be coming over a lot, but there are a lot of flights daily which is pretty noisy,” a source shared. (RELATED: Report: Meghan Markle And Kate Middleton’s Alleged Feud Really Between Prince Harry And Prince William)

Other upgrades reportedly include making a yoga studio for Markle, who is an avid yogi, creating a modern kitchen designed by the former “Suits” actress and a “state-of-the-art” nursery.

The home, which Markle and her royal husband received from Queen Elizabeth II was reportedly previously “divided into five units, and that turning it into a single-family home fit for a growing family of royalty will cost roughly £3 million (nearly $4 million).”

It all comes following reports that the expectant duchess and her husband had planned to move into Frogmore Cottage in March ahead of their first child’s due date, which has only been described as happening in spring 2019. They currently reside at a rented farmhouse in the Cotswolds.