House Minority Leader Kevin McCarthy is not behind the Trump administration’s latest move to overturn the Affordable Care Act (ACA), according to a report from Axios.

President Donald Trump’s Justice Department concurred Monday with a federal judge’s determination that the framework of the ACA, also known as Obamacare, is unconstitutional.

McCarthy told Trump during a phone call that the decision to focus on health care and fighting the ACA did not make sense, according to two sources familiar with the conversation told Axios. The top House Republican reportedly brought up the 2018 midterm elections, during which many Democratic candidates appealed to voters more than Republicans with their stances on how to provide health coverage to people with pre-existing conditions. (RELATED: Pelosi And Co Unveil Their Own Health Care Fixes As Party’s Far Left Rallies To Medicare For All)

Trump upped the ante Wednesday when he told reporters in the Oval Office that “we’ll have a plan that is far better than Obamacare” if the ACA is overturned. 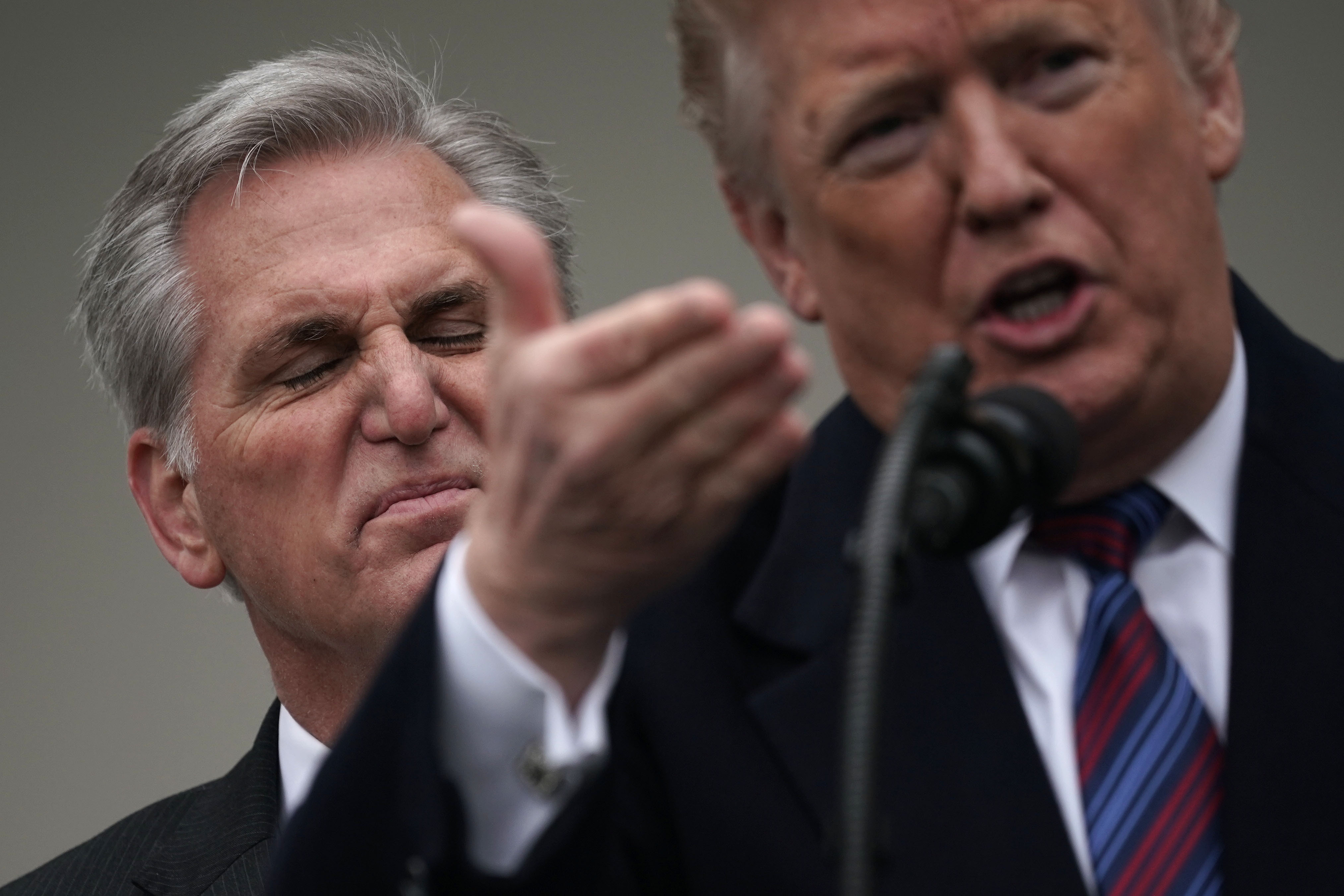 U.S. President Donald Trump (R) speaks as he joined by Rep. Kevin McCarthy (L) in the Rose Garden of the White House on January 4, 2019 in Washington, DC. Trump hosted both Democratic and Republican lawmakers at the White House for the second meeting in three days as the government shutdown heads into its third week. (Photo by Alex Wong/Getty Images)

McCarthy had declined to comment on the Trump administration’s latest ACA move, which could be the first step in a journey to the Supreme Court that would help Trump fulfill his campaign promise to get rid of Obamacare.

“Just call the office and we’ll follow back to you,” McCarthy told reporters when asked about the Trump administration’s concurrence Tuesday, reported The Hill.

“But I think the president has always been very clear that he wanted to repeal Obamacare and put a system in that actually lowers the cost, protects individuals’ pre-existing conditions and have a health care system that works that has a relationship between the patient and the doctor,” McCarthy continued according to The Hill.

The Republican Party will become “The Party of Healthcare!”

Many within and outside of the Republican party questioned the Trump administration’s decision to switch gears to health care just days after the long-awaited news from the Mueller investigation that Trump celebrated Sunday. The party may not be ready to rebrand itself as “The Party of Healthcare” as Trump wrote on Twitter Tuesday just yet, namely because it has put forward no alternative to the ACA.

McCarthy’s office did not immediately respond to request for comment when contacted by The Daily Caller News Foundation.