Abortion provider Whole Woman’s Health Alliance sued the state of Indiana Wednesday over its repeated refusal to provide an operating license for a clinic in South Bend.

The group sued in federal court, alleging that the Indiana State Department of Health’s refusals are based on its pro-life policies rather than any wrongdoing by the abortion provider. The group also argues that Indiana’s licensing laws are vague and impose a burden on women’s access to abortive care, according to Vox.

WWHA asked in its lawsuit for the court to place a temporary injunction on Indiana’s licensing laws, which will allow the South Bend clinic to operate.

Wednesday’s lawsuit comes after Indiana’s health department refused in December 2018 to grant a license to WWHA for the South Bend clinic. The clinic’s license was “properly denied” following WWHA’s failure to provide record of its affiliates, the department maintained, according to the South Bend Tribune. The health department previously rejected an earlier request for a license, saying that it could not issue a license to the clinic over a failure to meet requirements of “reputable and responsible character,” the Tribune reported.

“It became very clear the state has no intention of giving us a license,” WWHA CEO Amy Hagstrom Miller said, citing pressure from pro-life activists, according to Vox. Miller maintains that WWHA provided the Indiana health department with all the requested records and has not violated any state regulations. 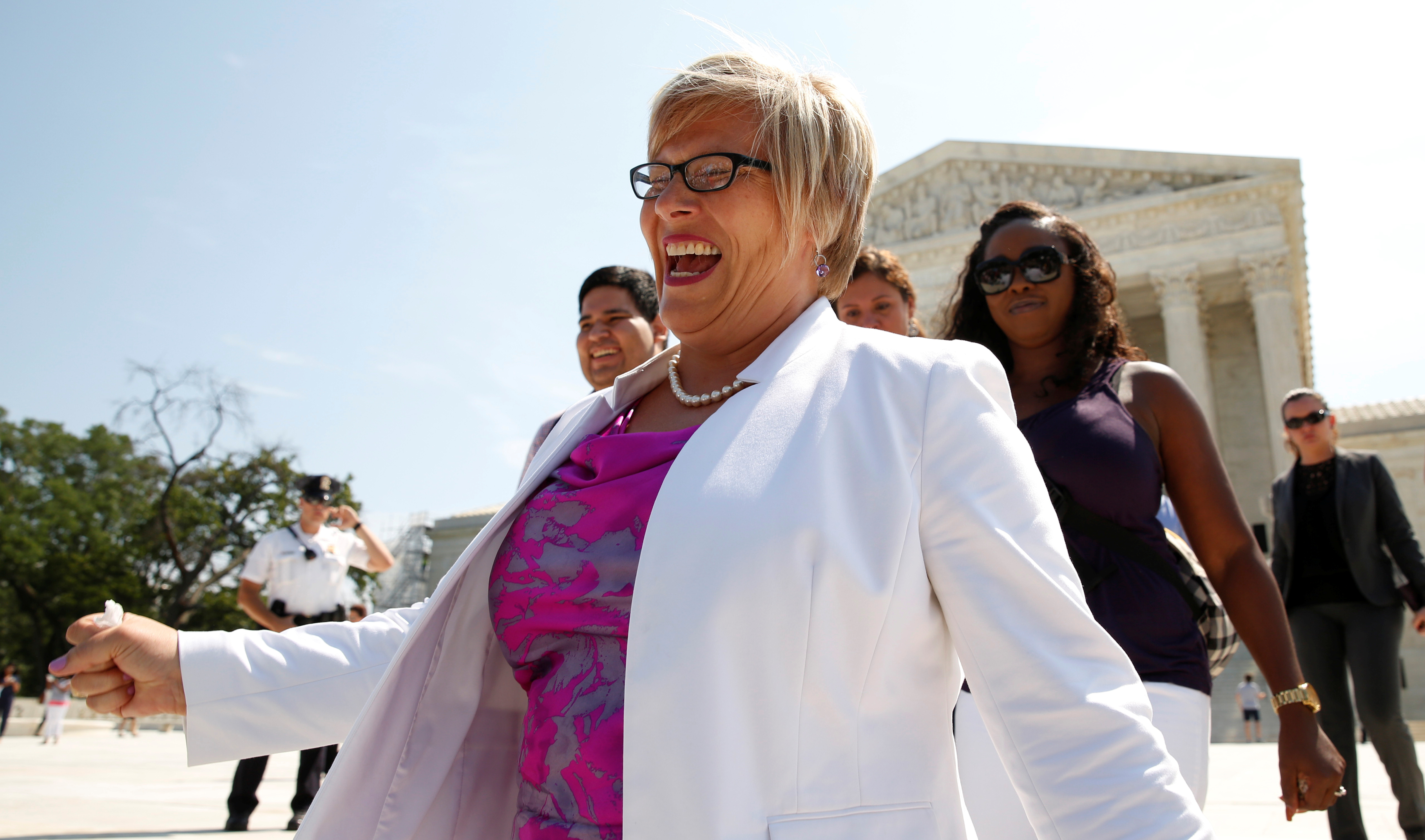 Lead plaintiff Amy Hagstrom-Miller, president and CEO of Whole Woman’s Health, smiles as she walks from the U.S. Supreme Court after the court handed a victory to abortion rights advocates, striking down a Texas law imposing strict regulations on abortion doctors and facilities in Washington June 27, 2016. REUTERS/Kevin Lamarque

“During a hearing with ISDH in 2018, we discovered that Indiana RTL [Right To Life], national RTL organizations, and various anti-abortion Indiana State legislators all lobbied ISDH in opposition to our application,” WWHA spokeswoman Mallory McMaster told The Daily Caller News Foundation in a Wednesday email. “Documentation of this activity was submitted as evidence during the hearing and discussed throughout the trial. The Department never disclosed these communications to us at WWHA and we were not given the opportunity to respond to the allegations against us,” she told TheDCNF.

The nonprofit first applied for a license in August 2017.