The Minnesota Democratic senator announced a trillion-dollar plan to make infrastructure her top budget priority if she is elected in 2020.

“President Trump is asking Congress for $200 billion for infrastructure in his budget proposal that will somehow support an over a trillion-dollar investment, but his plan is a mirage and he leaves the details up to lawmakers. In contrast, Amy has a concrete, commonsense proposal that will invest in our future and make sure our country’s infrastructure is second to none,” Klobuchar’s campaign wrote Thursday. (RELATED: Trump Calls For Adam Schiff’s Forced Resignation)

Her plan would raise the corporate tax rate from 21 to 25 percent and revive the Obama administration’s “Build America Bonds” to subsidize public infrastructure projects, reported PBS News. The bonds would provide 35 percent subsidies to state and local governments for the projects. 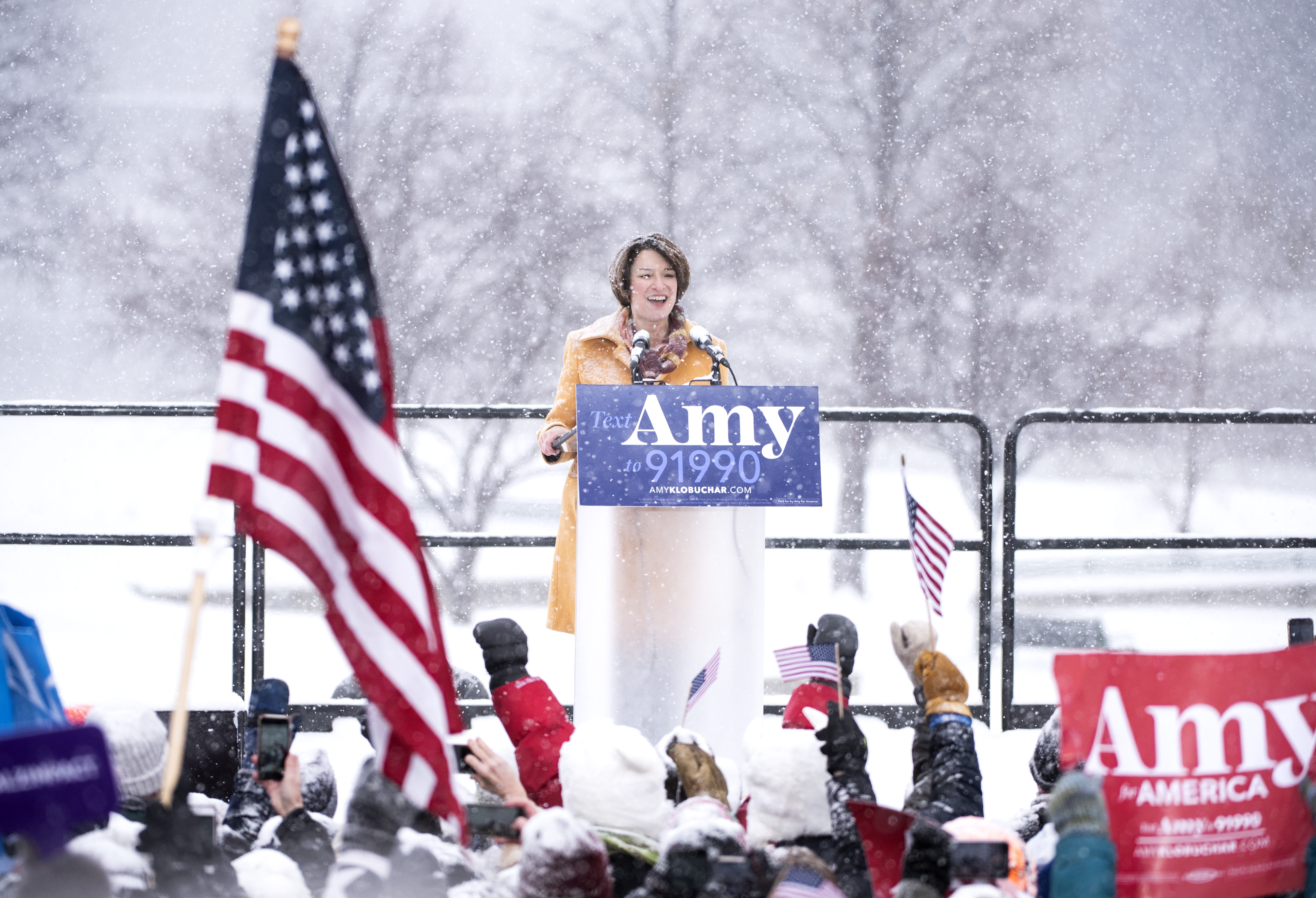 Klobuchar’s plan would divert $650 billion in federal funding to infrastructure like roads, bridges, airports and broadband internet. Other parts of her plan include:

Klobuchar connects her infrastructure focus to a deadly bridge collapse in her own state. A 2007 bridge collapse over the Mississippi River in Minneapolis left 13 people dead and more than 100 injured, reported Reuters.

Trump returned to his campaign theme of repairing the nation’s infrastructure after a deadly train derailment in Washington in December 2017.

The train accident that just occurred in DuPont, WA shows more than ever why our soon to be submitted infrastructure plan must be approved quickly. Seven trillion dollars spent in the Middle East while our roads, bridges, tunnels, railways (and more) crumble! Not for long!

“The train accident that just occurred in DuPont, WA shows more than ever why our soon to be submitted infrastructure plan must be approved quickly,” Trump wrote on Twitter Dec. 18, 2017. “Seven trillion dollars spent in the Middle East while our roads, bridges, tunnels, railways (and more) crumble! Not for long!”

An infrastructure plan Trump wanted lawmakers to get behind in February 2018 did not even make it to a vote in Congress, reported Reuters. Trump called for a bipartisan infrastructure bill in his State of the Union address on Feb. 5, but Congress is not making moves in that direction.

Republican South Carolina Sen. Tim Scott addressed the small chances of both parties working together on infrastructure in the near future Thursday, reported Politico.

“The chance of us getting something done in a big way on infrastructure is very small,” Scott said.

2016 Democratic presidential nominee Hillary Clinton announced a five-year infrastructure plan that would provide $250 billion in direct investment by the federal government, according to Ballotpedia.