Delaware became the 13th state Thursday to join the National Popular Vote Interstate Compact (NPVIC), a group of states whose objective is to elect the next U.S. president by popular vote.

The NPVIC is an agreement between states to pool their electoral votes and voting results together into one aggregate pot. States that formally joined the compact represent 184 electoral votes. The compact could become official when that number hits 270, or enough votes to elect the president of the United States. (RELATED: Natelson: Why A National Popular Vote Is Unconstitutional) 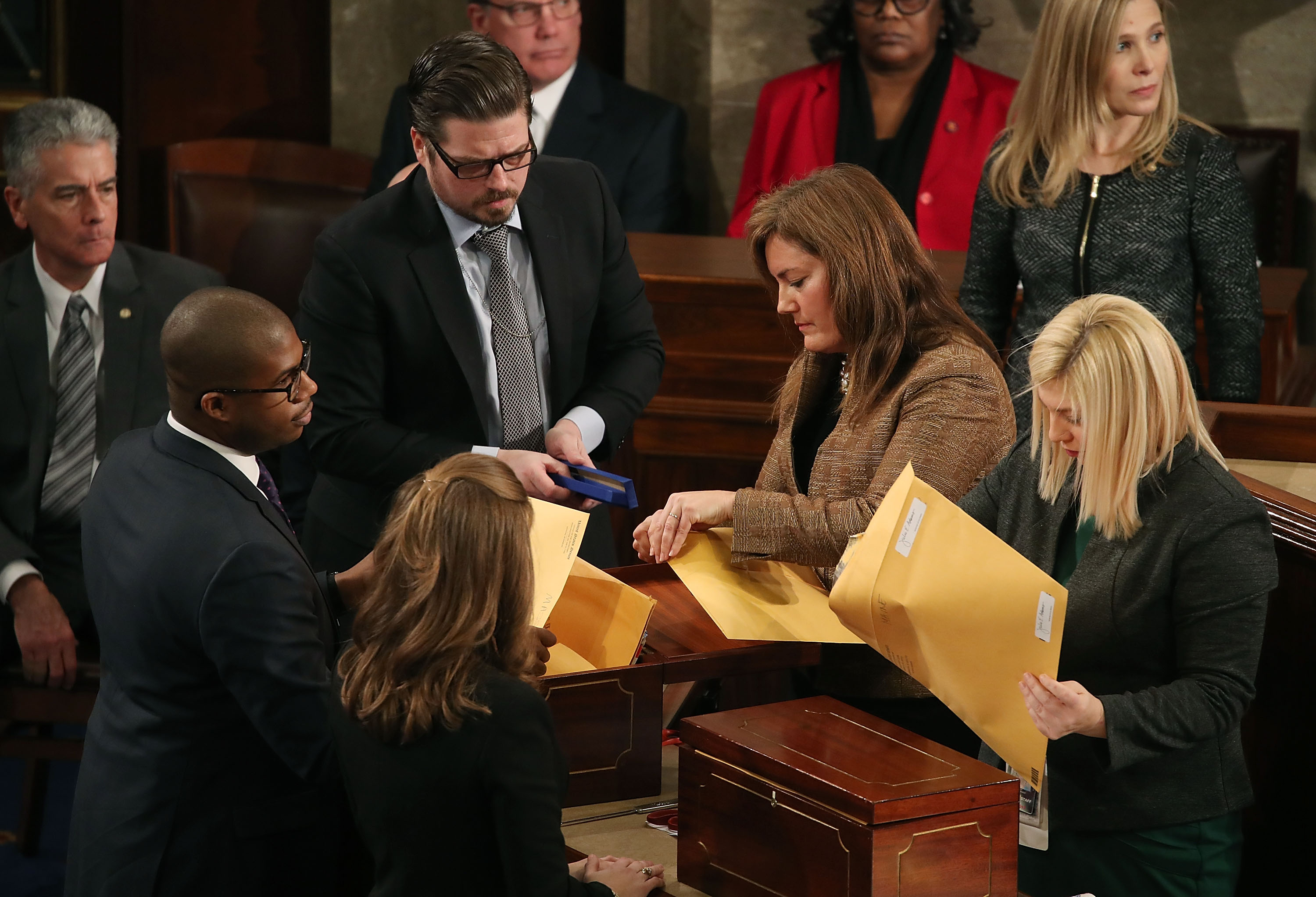 WASHINGTON, DC – JANUARY 06: Staffers organize states ballots during the counting of the electoral votes from the 2016 presidential election during a joint session of Congress, on January 6, 2017 in Washington, DC. It was confirmed that President-elect Donald Trump won the election with 304 electoral votes to Hillary Clinton’s 227. (Photo by Mark Wilson/Getty Images)

The NPVIC does not abolish the Electoral College, which requires amending the Constitution. Rather, by binding electors to vote for candidates achieving a plurality outside their own state, it achieves the results of a popular vote.

Colorado had previously been the latest state to join March 15, reported the AP.

The NPVIC has been pursuing its objective since shortly after then-Democratic candidate Al Gore’s loss to President George W. Bush in 2000, according to the AP. Legislation has also been introduced in Nevada, Oregon and Maine.