He used to catch touchdowns, but now he’s looking to catch some of the most famous politicians in the U.S. in the polls. 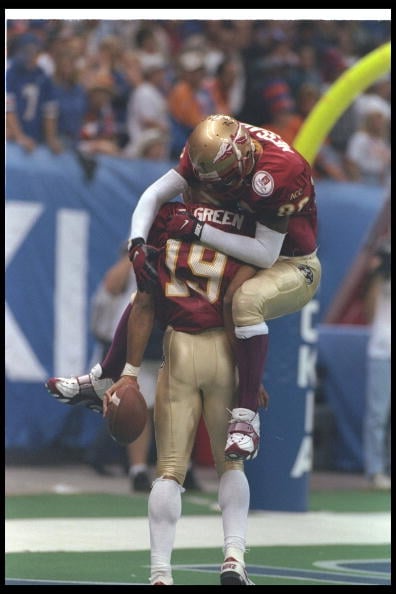 Messam has served as the mayor of Miramar, Florida since 2015, and before that served as a member of the Miramar City Commission from 2011-2015. The White House would be a big step up for the former football star, but if his college football career is any indication, Messam might just be capable of making the jump. (RELATED: Florida State Player Devin Vassell Throws Down Putback Dunk Against Notre Dame)

Messam has already been to the White House once to celebrate the Seminoles‘ 1993 national championship win. Can he get there again?

One thing’s for sure. If Messam is indeed our next president, it’s highly unlikely that he’ll be able to welcome his alma mater there at any point during his presidency.

That program has fallen on really hard times.