The announcement, which came from state comptroller and Maduro ally Elvis Amoroso, cited “irregularities” in Guaidó’s financial records, saying he has not disclosed information regarding funds for his foreign travels. Guaidó responded to the ban by reaffirming that he will continue his campaign against Maduro, the Associated Press reports.

“We’re going to continue in the streets,” the opposition leader declared upon learning news of the ban against him. 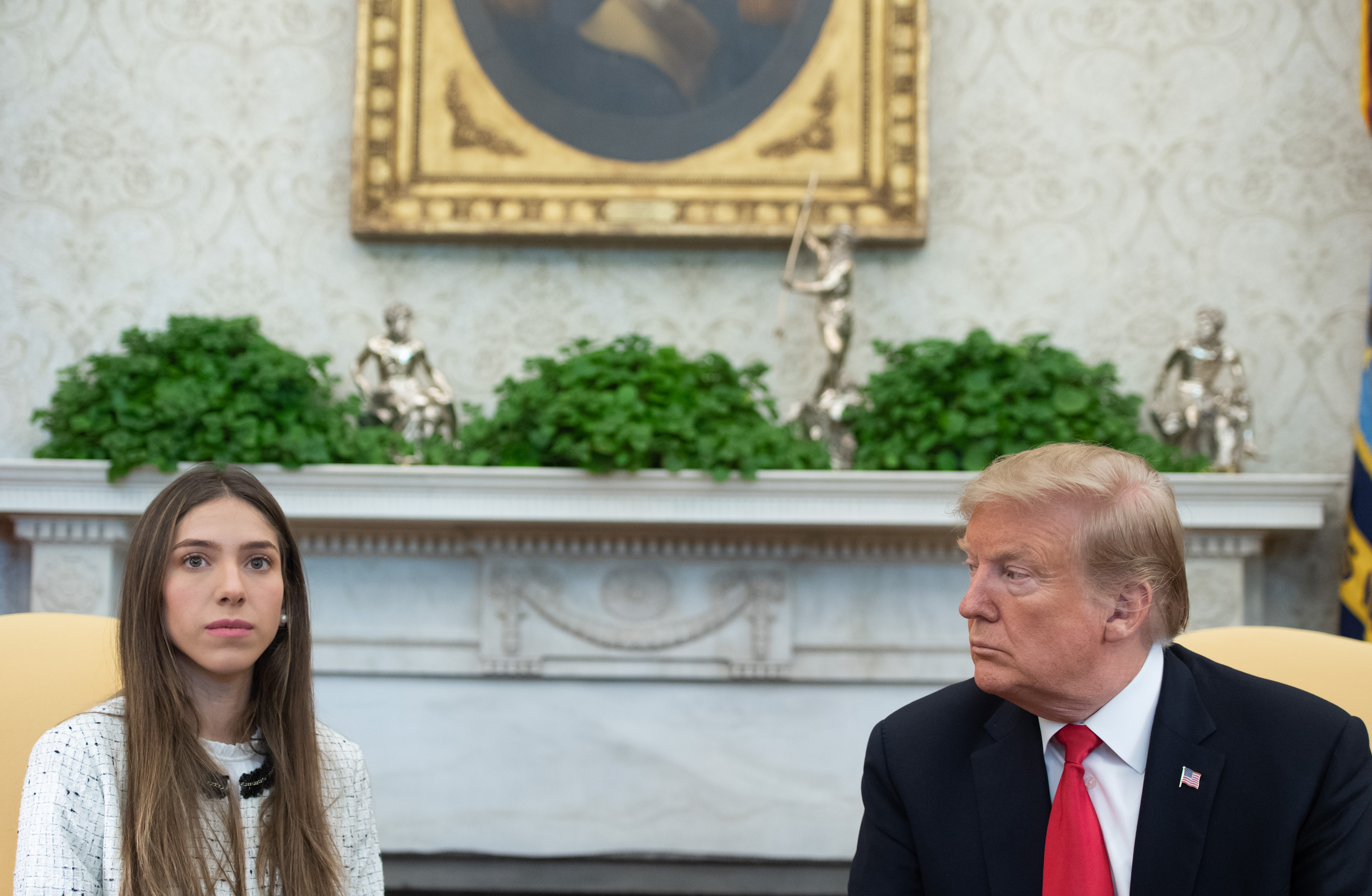 Trump first voiced his public support for Guaidó as the official President of Venezuela in a January statement, saying, “I am officially recognizing the President of the Venezuelan National Assembly, Juan Guaidó. The people of Venezuela have courageously spoken out against Maduro and his regime and demanded freedom and the rule of law. I will continue to use the full weight of United States economic and diplomatic power to press for the restoration of Venezuelan democracy.”

The Russia-backed Maduro government has repeatedly blamed both the United States and Guaidó for its ongoing nationwide blackouts. (RELATED: When Blaming Trump Fails, Maduro Tries To Pin Venezuela Blackout On Guaidó)

“The electricity war declared and directed by U.S. imperialism against our people will be defeated,” Maduro said. “Nothing and nobody will vanquish the people of Bolivar and Chavez.”

Rosales highlighted the country-wide power outage in her statement presented at the White House Wednesday: “Eighty percent of the population in Venezuela has no power. They are trying to break our morale. They want to submerge us in eternal darkness. But let me tell you that there is light, and the light is here.”

Maduro was reelected for a second six-year term on May 20, 2018, though many Venezuelans believe the elections were fixed by the dictator.