The statement also praised “progressive prosecutor” Kim Foxx for recusing herself from the case, comparing her decision to that of former Attorney General Jeff Sessions, who “also did the right thing when he recused himself from the investigation of Russian meddling in the 2016 presidential campaign.”

The former Democratic presidential candidate then called the “outrage” over the case “fake news.” 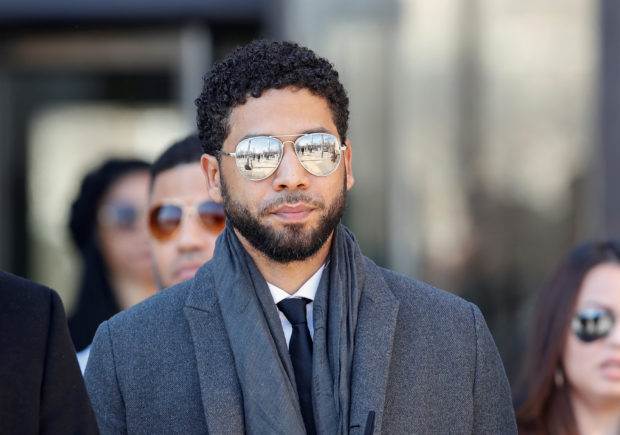 Jackson then launched into a multi-paragraph criticism of Chicago Mayor Rahm Emanuel, the Chicago Police Department’s handling of the “police murder” of Laquan McDonald,” the “539 homicides in Chicago, more than 80 percent of the killings unsolved,” police misconduct lawsuits, and the city’s high unemployment rate. (RELATED: Smollett Reaps Social Media Whirlwind From Liberals And Conservatives As #LiberalPrivilege Trends On Twitter)

Again, crickets from on high.

It is time to move on to the important issues facing our beloved city – the monumental mayor’s election on Tuesday, April 2, the persistent violence, intractable poverty, unequal urban development among them. We cannot, and we will not, allow ourselves to lose focus of the big picture: a just, fair and safe Chicago and Cook County for everyone.

Part of prosecutors’ decision to drop charges against Smollett for allegedly staging a hate crime against himself was based on the “Empire” actor’s two days of “volunteer service” with Jackson’s nonprofit Rainbow PUSH Coalition.