Reporter Yashar Ali claimed Friday that a top editor from NBC News attempted to intimidate him out of running a story in order to protect the Democratic National Committee (DNC).

Ali, who writes for the Huffington Post and New York Magazine, explained that he was following a scoop about the dates for the first 2020 Democratic Primary debate when he received a call from Dafna Linzer, the managing political editor for MSNBC and NBC News.

Linzer was apparently “agitated” that Ali was planning on reporting the date of the first 2020 Democratic debate before the DNC had the time to call and inform state leaders. The editor allegedly spent the rest of the call attempting to buy time for the DNC and convince Ali to hold the story for an extra hour before publishing. (RELATED: Three Different NBC News Stories On Kavanaugh Face Accuracy Issues)

“Why not?” Linzer repeatedly asked when Ali said he was going to publish without waiting for the DNC. “It’s not a big deal, let them make a few phone calls.”

“I realized that [Linzer], the head of all political coverage for NBC News and MSNBC, wasn’t calling to advocate for her network, she was calling to advocate the DNC’s position,” Ali said on Twitter. “I was so surprised that she was talking this way with a total stranger. The head of the political division was trying to bully me at the behest of the DNC over a dumb scoop.”

Ali detailed the alleged exchange with the editor in a tweet thread. 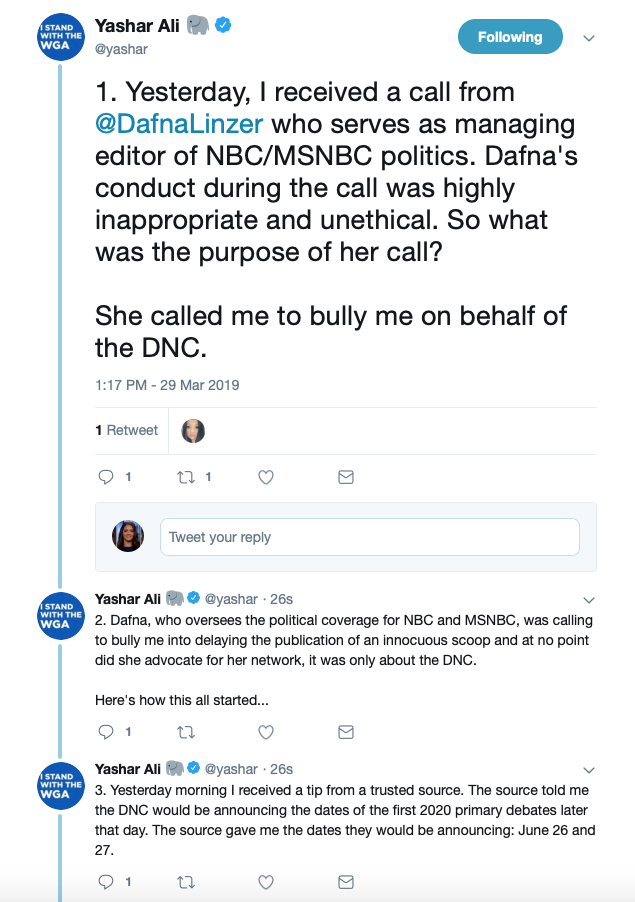 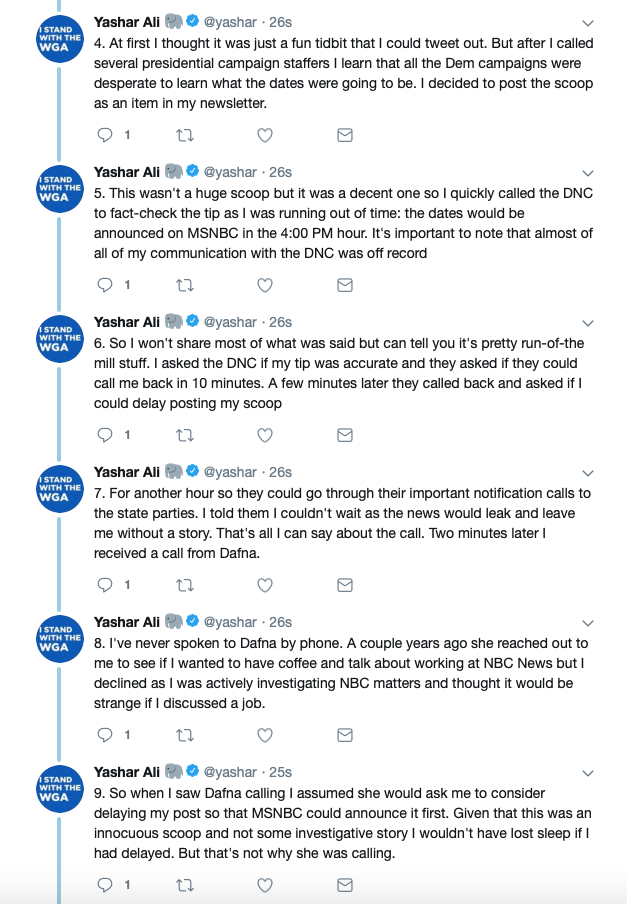 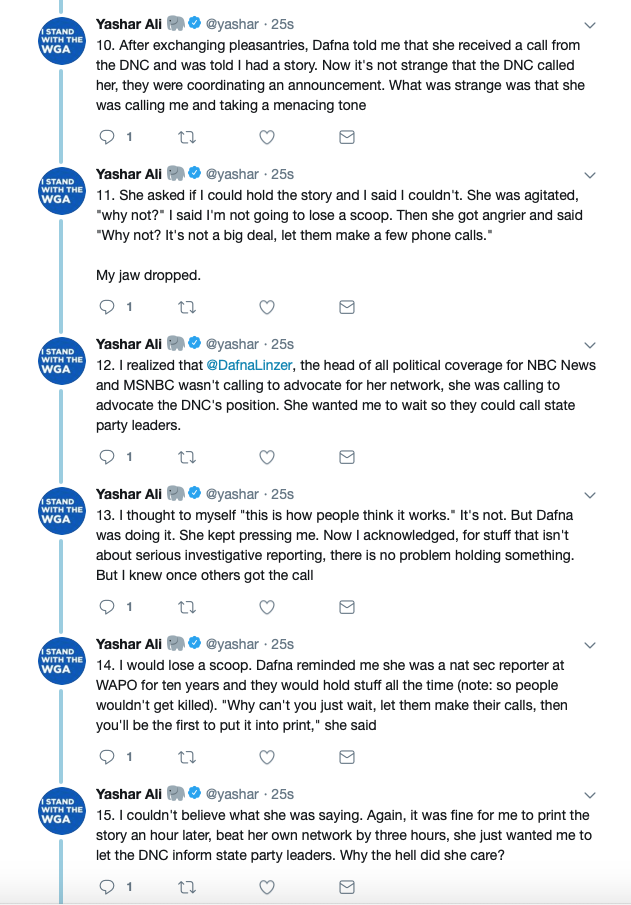 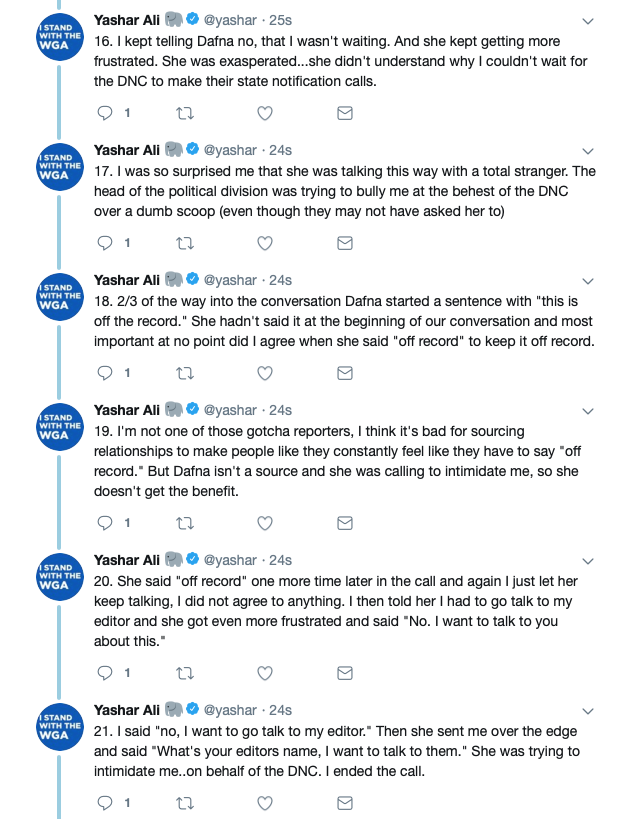 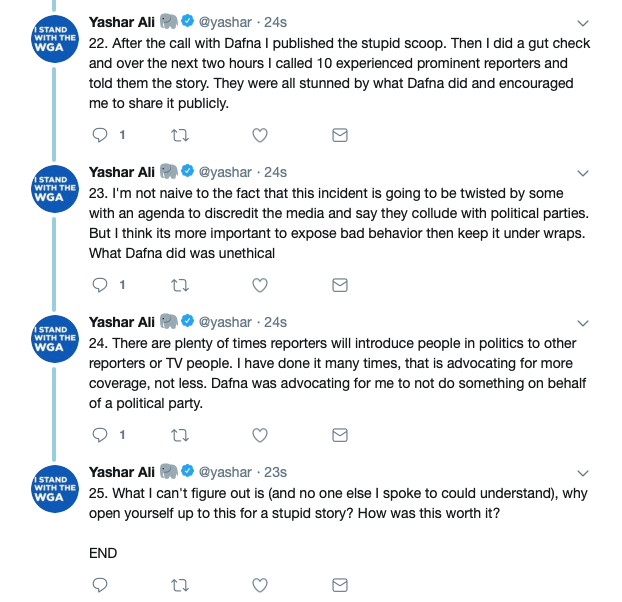 NBC News and Ali did not immediately respond to requests for comment.

NBC PR told CNN’s Brian Stelter that they and Linzer have no comment on Ali’s allegation.