A California man received a 20-year sentence for making a false 911 call to law enforcement in Wichita, Kansas that led to a SWAT team fatally shooting an innocent man with whom the defendant had no relationship. According to the announcement released Friday by the Department of Justice (DOJ), the sentence is “believed to be the longest sentence imposed for swatting or hoaxes.”

The incident occurred following a dispute among online gamers. One gamer, Casey Viner, allegedly persuaded Bariss to “swat” the Wichita residence of fellow gamer Shane Gaskill, which is the act of calling 911 with a phony report to elicit a response from a local SWAT team. However, Gaskill lied to Viner about where he lived.

Bariss made the hoax emergency phone call to the Wichita Police and falsely reported that a man with a gun was holding members of his family hostage and gave Finch’s address, but believed he was giving Gaskill’s residence to authorities.

When authorities arrived at Finch’s residence with a SWAT team, Finch answered the door and was shot and killed by law enforcement.

In the District of Columbia, Barriss pleaded guilty in a case for making fake bomb threats in phone calls to the headquarters of the FBI and the Federal Communications Commission in Washington, D.C. 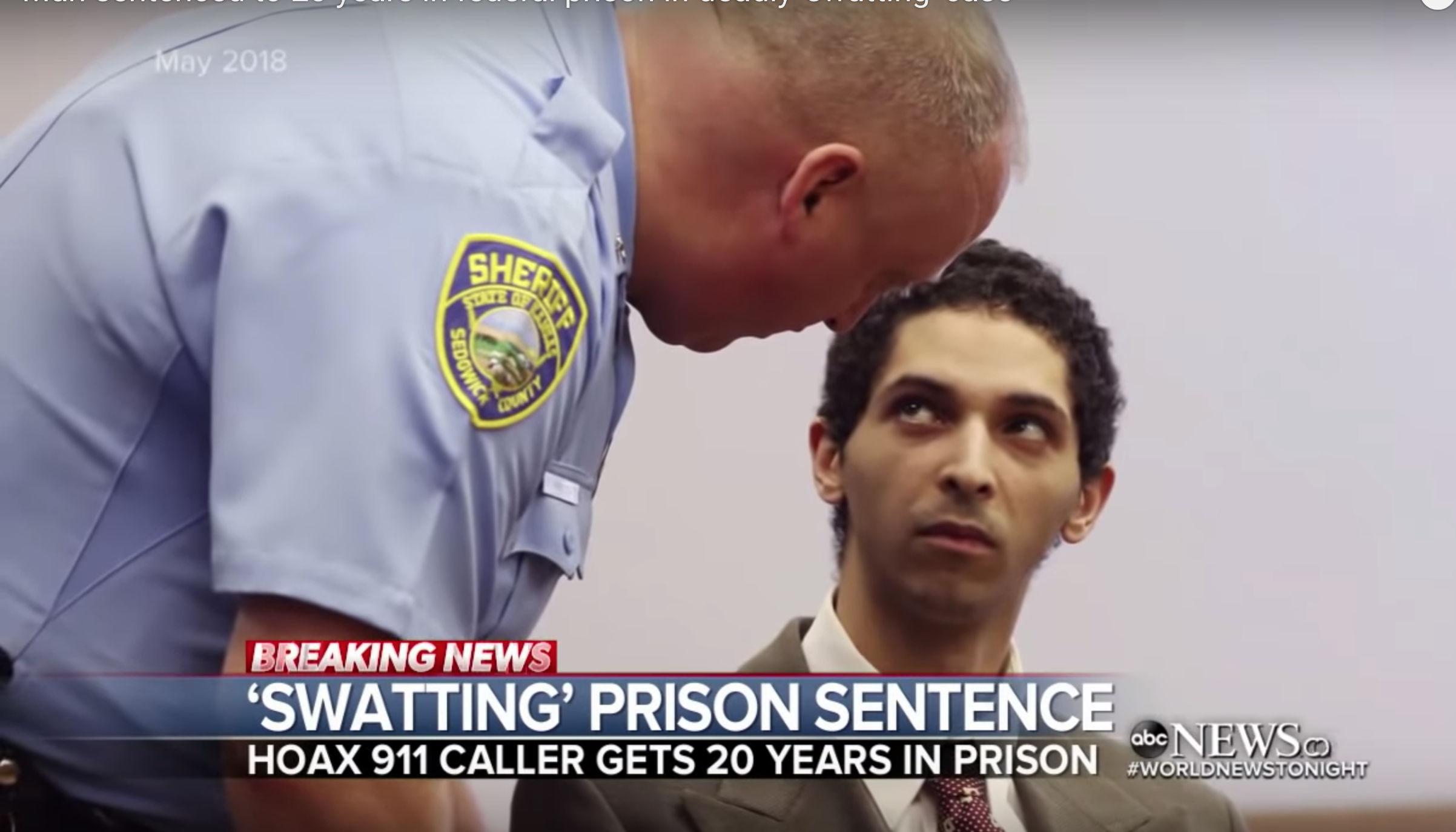 In a case from the Central District of California, Barriss pleaded guilty to 46 counts, “including making calls with false reports that bombs were planted at high schools, universities, shopping malls and TV stations,” DOJ said in a statement.

Lawmakers in Washington, D.C., have proposed anti-swatting legislation in the past but none have managed to pass, despite false emergency phone calls leading to SWAT teams responding doubling since 2011.