There were widespread media reports Monday of a possible avocado shortage if President Donald Trump closes the southern border.

A Reuters article highlighted the avocado as one of many fruits imported from Mexico in constant demand, with Mexico providing between 40-50% of the U.S. supply. Almost all U.S. imported avocados come from Mexico, as do raspberries, blackberries, cucumbers and tomatoes. 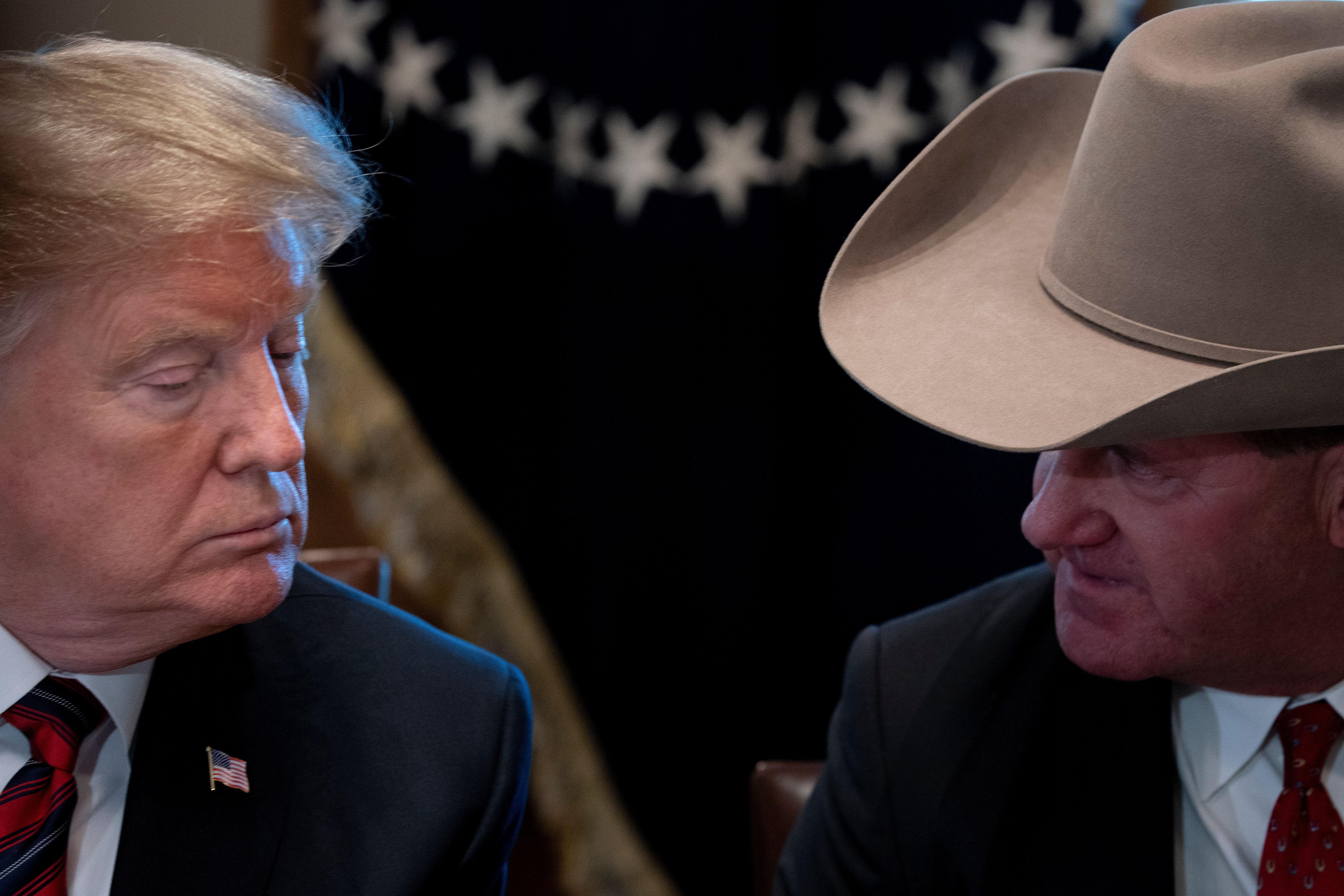 US President Donald Trump (L) listens to Jackson County Texas Sheriff A.J. Louderback during a meeting on border security in the Cabinet Room of the White House January 11, 2019 in Washington, DC. (Photo by BRENDAN SMIALOWSKI/AFP/Getty Images)

“You couldn’t pick a worse time of year,” said Steve Barnard, president and chief executive of Mission Produce, in an interview with Reuters. “We would be out of business for a while.”

According to the Ag Marketing Resource Center, U.S. consumption of avocados has increased significantly over the years, totaling $2.6 billion in 2017.

Trump said Friday that the likelihood was “very good” that he might close the border this week if Mexico does not do more to prevent immigrants from reaching the U.S. border.  Trump tweeted:

Mexico must use its very strong immigration laws to stop the many thousands of people trying to get into the USA. Our detention areas are maxed out & we will take no more illegals. Next step is to close the Border! This will also help us with stopping the Drug flow from Mexico!

Fox News published a story warning of an avocado shortage within three weeks of border closure. The Hill stressed the resulting increase in avocado prices. Newsweek also posted “Donald Trump’s Policies Could Cause U.S. To Run Out Of Avocados Within Weeks,” characterizing Trump’s tweet as being part of the president’s “attacks on immigration, Mexico and Central America.”

Trump has yet to take formal steps to close the Southern border. This weekend, he halted direct aid to Honduras, El Salvador and Guatemala, whose citizens are fleeing north in organized convoys and overwhelming U.S. resources. (RELATED: Trump Puts A Timeline On Closing The Border With Mexico)