Police arrested 12 people for “outraging public decency” after a group calling themselves Extinction Rebellion chanted for about 20 minutes in a glass-encased public gallery in the House of Commons, reported The Guardian.

BREAKING: Extinction Rebellion activists strip off in House of Commons public gallery to call attention to the ‘elephant in the room’ — Climate and Ecological Crisis #ExtinctionRebellion #TellTheTruth @HouseofCommons pic.twitter.com/VO8l31XRne

The activists said they wanted “to call attention to the ‘elephant in the room’ — Climate and Ecological Crisis,” and two of them had on gray body paint and elephant masks, reported Politico Europe. (RELATED: The Most Profitable Company In The World Raked In $111 Billion. It Wasn’t Apple)

“By undressing in parliament, we are putting ourselves in an incredibly vulnerable position, highlighting the vulnerability that all of us share in the face of environmental and societal breakdown,” one of the activists, Mark Ovland, said in a statement after the protest, according to The Guardian.

The protesters reportedly glued their hands to the glass of the viewing gallery and turned their buttocks to the MPs. 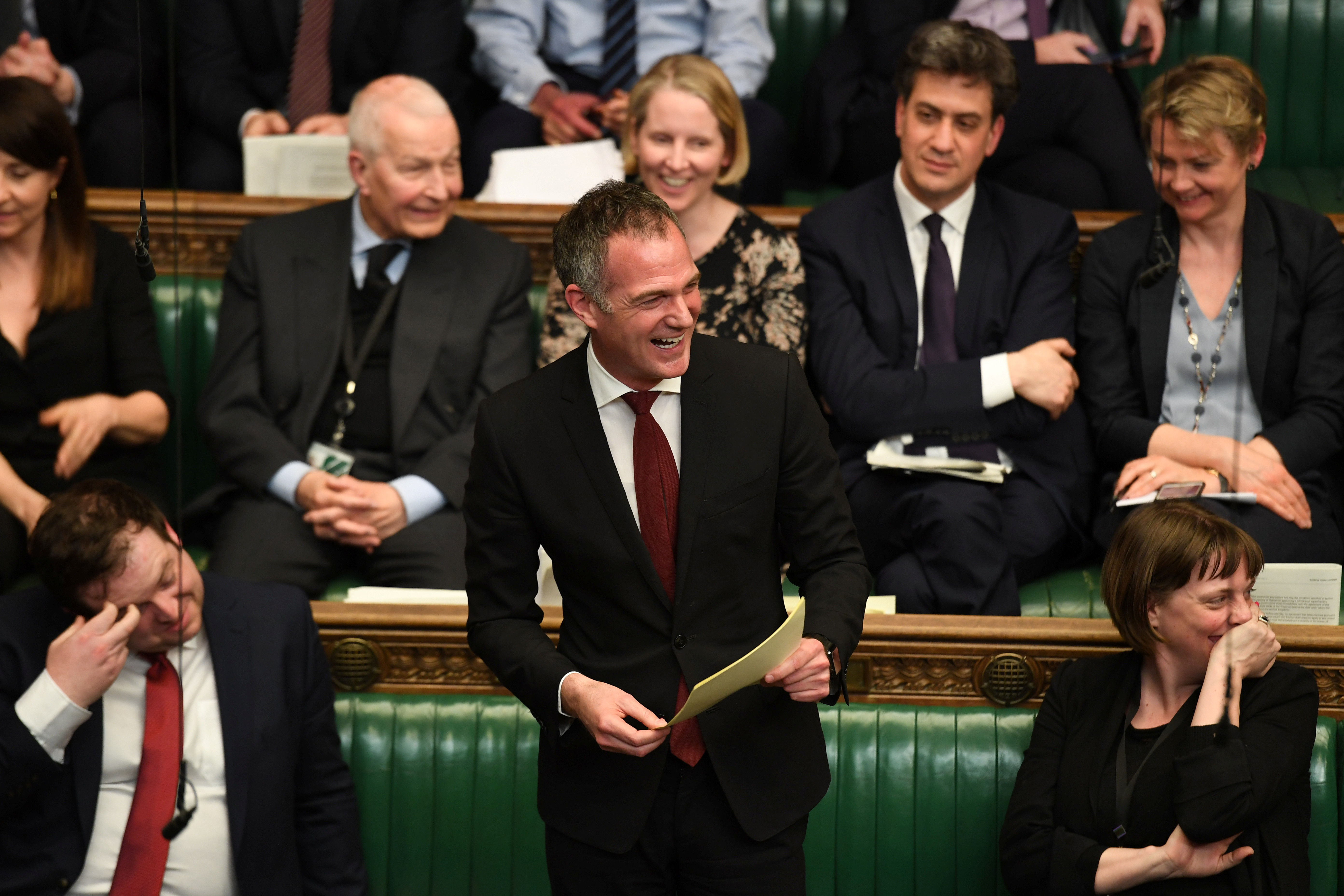 British Labour MP Peter Kyle laughs as he speaks at the House of Commons in London, Britain April 1, 2019. ©UK Parliament/Jessica Taylor/Handout via REUTERS

Some of the protesters had to be carried out by police officers. The activists’ unusual demonstration comes as UK politicians continue to struggle to find common ground on Brexit after Prime Minister Theresa May’s Brexit deal was voted down by both pro- and anti-Brexit members of the House of Commons in a record-setting defeat in January.

One poll showed that 90 percent of Brits said Brexit negotiations and how the government is handling them have been a “national humiliation” according to data published in late March.