Carter appeared in a viral photo with Biden during her husband’s swearing-in ceremony in 2015. In a Medium post titled “The #MeToo Story That Wasn’t Me,” Carter seeks to set the record straight regarding her interaction with the former vice president and likely 2020 presidential candidate in the photo. (RELATED: Feinstein Endorses Joe Biden For 2020)

“As the sole owner of my story, it is high time that I reclaim it — from strangers, Twitter, the pundits and the late-night hosts,” Carter writes. “… A still shot taken from a video — misleadingly extracted from what was a longer moment between close friends — sent out in a snarky tweet — came to be the lasting image of that day.”

Carter went on to explain that Biden was attempting to comfort her during a stressful day, leading up to her husband’s swearing-in. She explains that she had slipped and fallen on ice before the swearing-in ceremony and that Biden was leaning in to thank her for letting her husband take this position. (RELATED: DNC Finance Chair Sides With Biden Over Lucy Flores’ Unwanted Kissing Accusation) 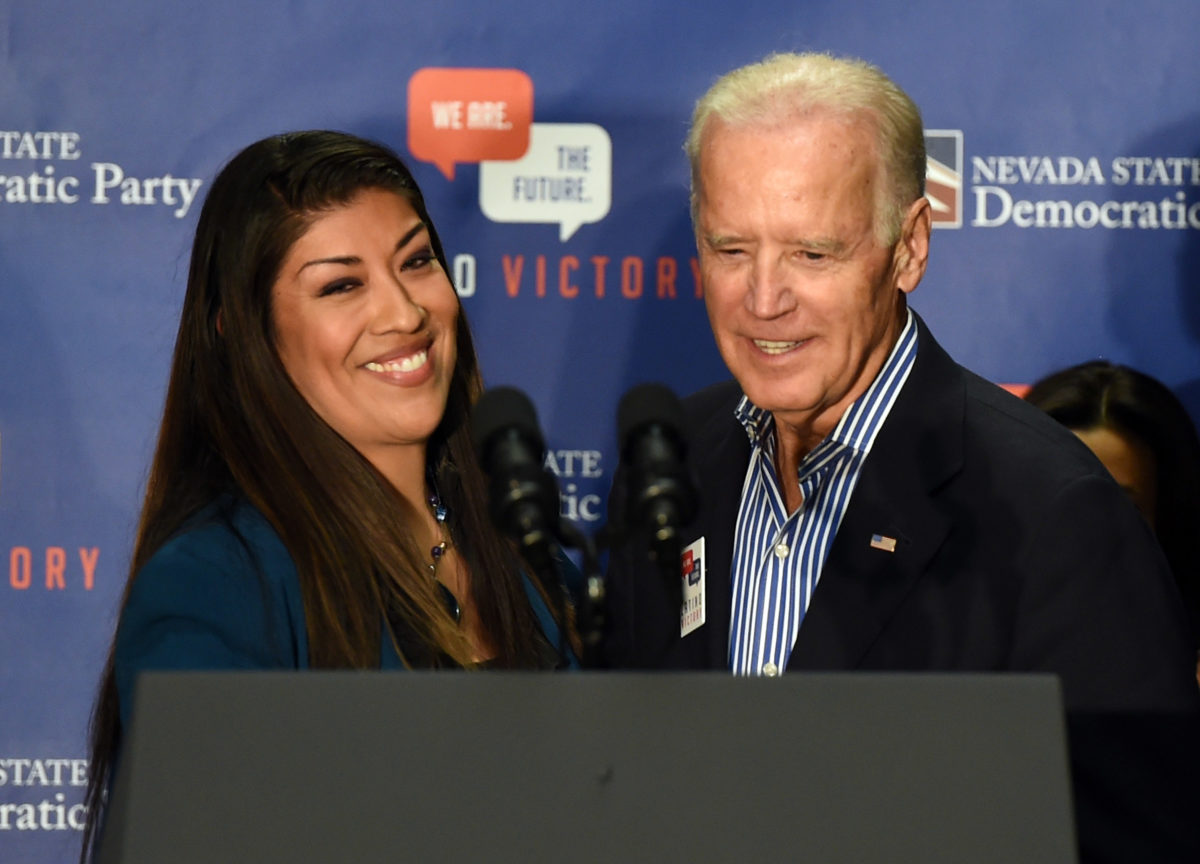 Biden was accused by former Nevada Assemblyman Lucy Flores of inappropriate behavior on Friday. Flores claims that Biden kissed her on the back of the head, which made her feel uncomfortable. On Sunday, Flores admitted that politics was an “impetus,” of her deciding to go public with the allegations.

“The reason why we’re having these conversations about Vice President Joe Biden is because he’s considering running for president,” Flores told CNN’s Jake Tapper.