The White House is reportedly deciding whether to bring on an “immigration” or “border czar” to help President Donald Trump coordinate his immigration agenda.

The Trump administration is mulling two potential candidates for the proposed position: Former Virginia Attorney General Ken Cuccinelli or Former Kansas Secretary of State Kris Kobach, according to sources who spoke with the Associated Press. The selected candidate could be brought on to assist Trump coordinate his goals across the several federal agencies that manage immigration.

Talk of an immigration czar comes as the situation on the U.S.-Mexico border escalates, and the president pushes greater enforcement measures.

“The security and humanitarian crisis at our southern border is getting worse every day,” Homeland Security Secretary Kirstjen Nielsen stated in a string of tweets over the weekend, begging Congress to enact legislative fixes.

“On Tuesday there were 4,000 apprehensions. I know that a thousand overwhelms the system. I can’t imagine what 4,000 a day looks like. So, we are truly in a crisis,” former President Barack Obama’s DHS Secretary Jeh Johnson, Nielsen’s predecessor, said during a Thursday interview. 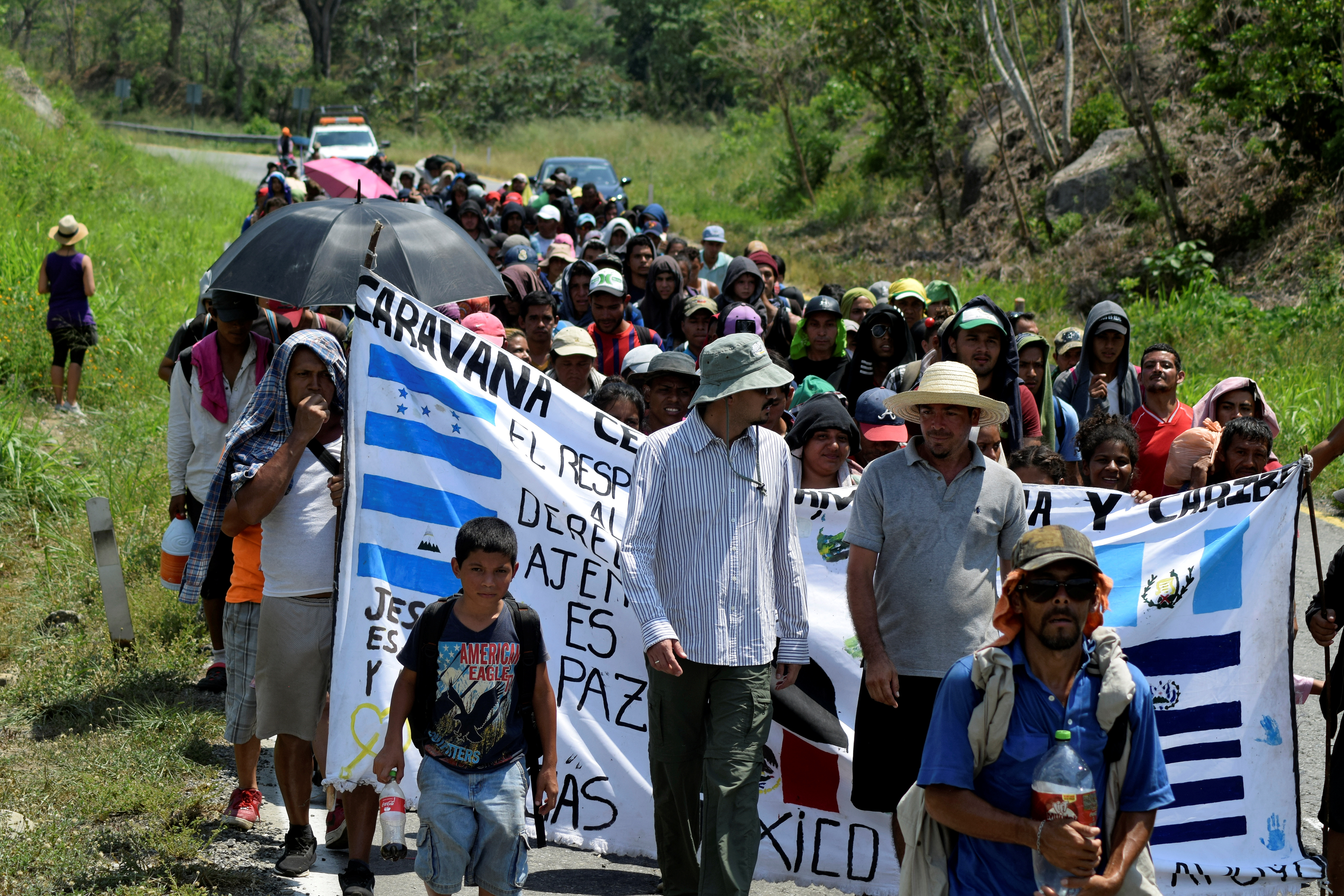 Migrants from Central America and Cuba walk on a highway during their journey towards the United States, in Escuintla, in Chiapas state, Mexico March 26, 2019. REUTERS/Jose Torres

Customs and Border Protection officers apprehended or stopped 3,974 illegal migrants on March 19, marking the single biggest day since Trump began his administration. There were six other days in February during which crossings topped 3,595, beating out the 3,530 daily average not seen since 2006. March is expected to have experienced the highest number of apprehensions and encounters in over ten years. (RELATED: Trump Administration To Quadruple Number Of Asylum Seekers Sent Back Over The Border)

Trump has declared an emergency on the southern border, allowing him to access around $8 billion in funding for wall construction. His administration is also attempting to withhold financial aid to the Central American countries of El Salvador, Guatemala, and Honduras — arguing that their governments are doing nothing to stop the vast majority of their citizens from leaving and trekking to the U.S.

The president has also warned he is ready to shut the southern border down entirely unless the Mexican government begins to help with influx of migrants crossing its country.