U.S. disaster funds are out of reach for thousands of Midwest farmers who lost millions of dollars’ worth of crops due to extensive flooding, Reuters reports.

The federal government manages a wide array of disaster programs meant to alleviate some of the pain of natural disasters. Federal aid is available for ranchers who lose cattle in natural disasters and for farmers who are unable to plant crops due to weather, but no program exists to cover stored crops destroyed in a disaster.

“[Stored harvests lost in a natural disaster have] not traditionally been covered,” U.S. Agriculture Under Secretary Bill Northey told Reuters. “But we’ve not usually had as many losses.” (RELATED: What Does The Science Actually Say About Global Warming And Midwest Floods)

Congress could address the issue with legislation, but putting in place another emergency aid program may take far too long for most farmers who are in immediate need.

“If we have to pass a bill to do it, I hate to tell you how long that takes,” GOP Sen. Chuck Grassley of Iowa told Reuters.

The Missouri River swelled and flooded tens of thousands of acres and forced thousands of evacuations after a “bomb cyclone” dumped water across the Midwest and Great Plains in mid-March.

Some local farmers blame the federal government for mismanaging the river to begin with by prioritizing the welfare of endangered animals over the communities that live along the Missouri River bank. The Army Corps of Engineers, responsible for controlling reservoirs along the river, dispute that claim. 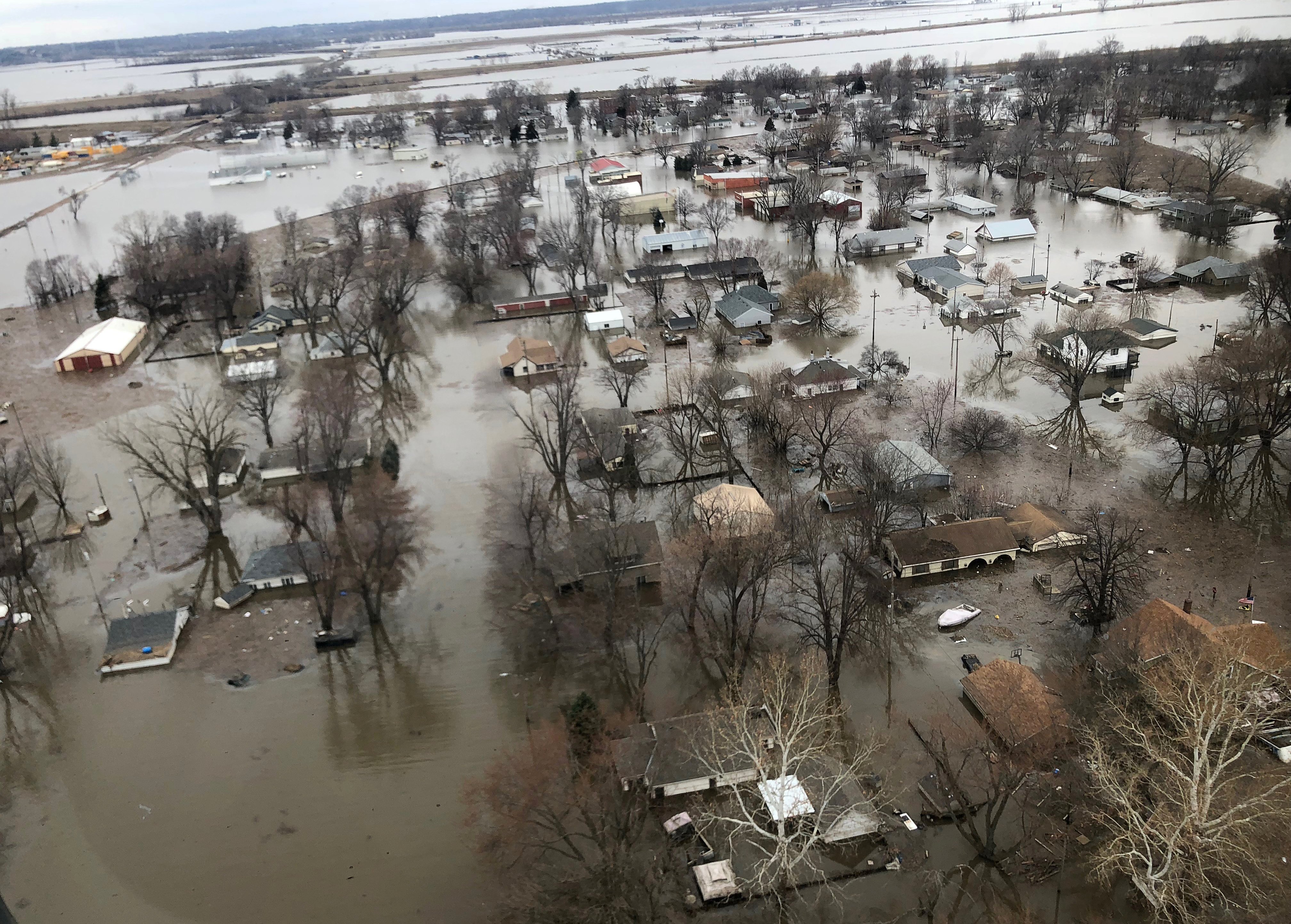 GOP Sen. Josh Hawley of Missouri has questioned the Corps’ management of the river and pledged to investigate whether Corps procedures have contributed to the flooding.