Speaking at the National Republican Congressional Committee’s Spring Dinner on Tuesday, Trump likely referred to a Tuesday Daily Beast report that supporters of socialist 2020 Democratic candidate Bernie Sanders were driving the allegations against one of his chief competitors.

“We’re going into the war with some socialists,” Trump said, according to The Hill. “And it looks like the only non-sort of heavy socialist, he’s being taken care of pretty well by the socialists.” 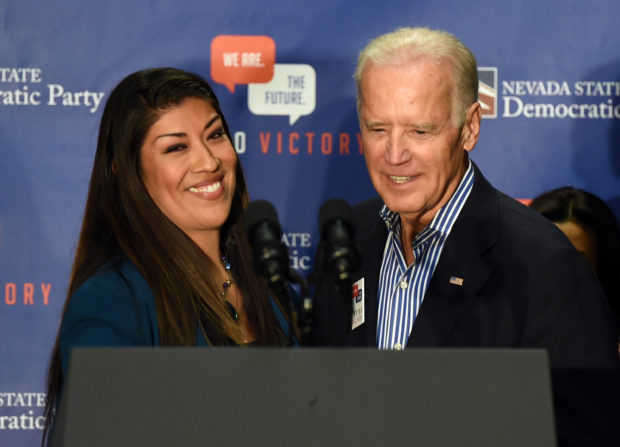 Although the Daily Beast source directly told the outlet that Biden’s circle believed the allegations against him were “all coming out of Bernie world” and that the former vice president himself is “ready to kill Bernie,” Sanders’ campaign chair issued a strong denial to Fox News:

Neither the Bernie Sanders campaign, nor anyone involved in it, planted, planned, persuaded, cajoled or otherwise urged Lucy Flores or anyone else to tell their story. Full stop, period, end of sentence. I don’t want to hear it. We didn’t play a role.

Tuesday was reportedly the first time the president, who himself faced sexual assault allegations during the 2016 presidential campaign, has addressed the Biden issue. (RELATED: Biden Accuser Claims Democrats Often Pressure Victims To Keep Their ‘Mouths Shut’)

1
'Mommy And Daddy' Escort 'Antifa Kid' Suspected Of Kicking Off Riot To Turn Himself In
US
2
At Least 5 Police Officers Shot, 1 On Life Support As Rioters Across The Country Attack Law Enforcement
US
3
Florida Sheriff Cautions Rioters, Says He Encourages Citizens To Defend Their Homes With Guns
US
4
Seattle Councilmember Says She Can’t Figure Out Why ‘Looting Bothers People’ When People Are 'Dying Every Day'
Politics
5
UFC Superstar Stops Rioters In Awesome Video
Editorial