President Donald Trump put a timeline on his call for Republicans to develop a comprehensive alternative to the Affordable Care Act (ACA) on Twitter Monday night.

“Everybody agrees that ObamaCare doesn’t work. Premiums [and] deductibles are far too high — Really bad HealthCare! Even the Dems want to replace it, but with Medicare for all, which would cause 180 million Americans to lose their beloved private health insurance,” he wrote, adding, “[Republicans] are developing a really great HealthCare Plan with far lower premiums (cost) [and] deductibles than ObamaCare. In other words it will be far less expensive [and] much more usable than ObamaCare.”

“Vote will be taken right after the Election when Republicans hold the Senate [and] win [back the House],” Trump wrote. (RELATED: Trump Continues To Hammer Health Care Messaging, Ropes 4 Senators Into His Fight)

Leading Republicans have been echoing Trump’s ACA criticism but have not pointed to any tangible steps to reset American health care on a large scale. Trump’s declaration that “a really great HealthCare Plan” can wait until after elections in November 2020 grants them time and the possibility of a GOP-controlled Congress. 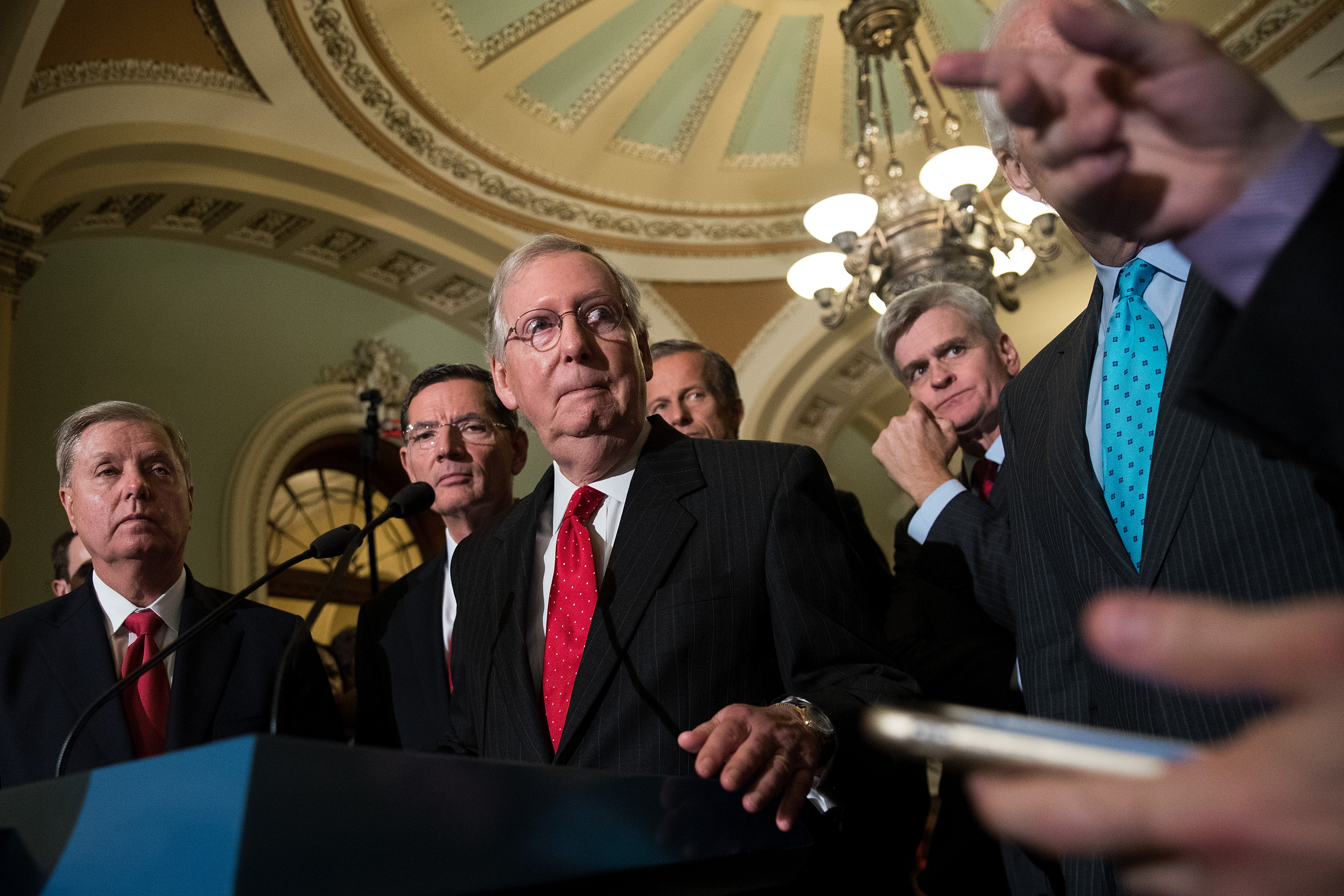 Trump has been focused on health care since his administration made news on that front March 25. That’s when the Department of Justice announced it sided with a December 2018 district court ruling that found the ACA violated the Constitution. Trump declared the GOP “will become ‘The Party of Healthcare!'” on Twitter March 26.

Actions may be limited in a divided House. Trump has named three Republican senators, Rick Scott of Florida, Bill Cassidy of Louisiana and John Barrasso of Wyoming, to spearhead health care efforts.

Cassidy is a familiar name in health care policy. He co-authored the 2017 Graham-Cassidy bill, an ACA repeal bill that would have restored power to individual states, with South Carolina GOP Sen. Lindsey Graham.

Cassidy is also a major critic of the Medicare for all proposal backed by roughly 100 House Democrats. Trump claimed Monday night that the House’s Medicare for all bill would “cause 180 million Americans to lose their beloved private health insurance,” while Cassidy has said the bill would affect “150 million people … who are currently satisfied with their employer-sponsored insurance.”

Trump’s tweets show he supports Republicans waiting until they control the House to pursue an ACA repeal. However, Republicans controlled both chambers in 2017 when they tried to fulfill campaign promises of repeal and replace — and failed. Some lawmakers including Republican Arkansas Rep. Bruce Westerman point to the importance of finding common ground between the parties in the meantime.

“Both political parties agree that the U.S. health care system is broken, so President Trump’s focus on health care is absolutely necessary as we in Congress craft legislation that will cover the most Americans at the lowest possible cost. … I’ve proposed a bipartisan solution — the Fair Care Act — that would cover preexisting conditions, lower premiums, and provide more consumer choices. I’ve already begun discussing these ideas with senators and I look forward to moving the bill through the legislative process, thanks to Trump’s renewed push for sustainable health care,” Westerman told The Daily Caller News Foundation in a statement Monday.