EL PASO, Texas — Democratic presidential candidate Beto O’Rourke paid roughly $110,000 in campaign funds to a web development company while either he or his wife owned it, public records show.

Either O’Rourke or his wife owned Stanton Street — a small web development firm that O’Rourke founded in 1998 — during the vast majority of those payments. Such payments are legal, so long as the campaign is charged for the actual cost of the services, but ethics watchdogs have criticized the practice as a form of self-dealing.

O’Rourke’s wife, Amy Sanders O’Rourke, took over Stanton Street as the Texas Democrat entered Congress in January 2013. She controlled it until early 2017.

Beto O’Rourke reported between $100,000 and $1 million in income from the sale of his wife’s stock in Stanton Street Technology, a firm paid by Beto’s congressional campaigns. (Photo courtesy of: Office of the Clerk of the U.S. House of Representatives)

“Amy will continue to be involved with the company during the transition,” read the blog post. “She plans to spend more time on local initiatives in addition to joining her husband, Senate Candidate and current U.S. Representative Beto O’Rourke, on the campaign trail.” 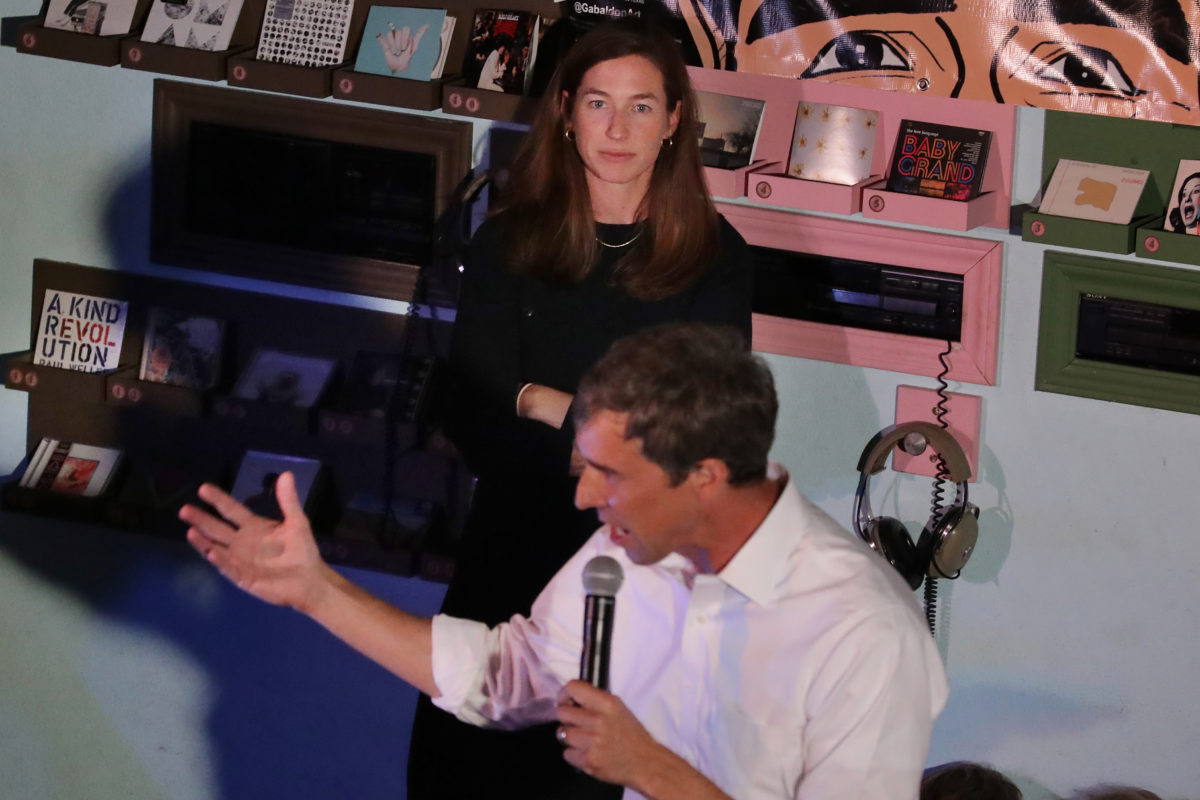 Beto O’Rourke doubled as both candidate and treasurer during his first congressional campaign in 2011 and 2012, according to FEC records.

Beto for Texas paid the candidate’s own business for services including “consulting” and “social media” during that time, FEC records show.

Stanton Street declined to make Wancho available for an interview, but Wancho agreed to answer questions via email.

Beto O’Rourke’s presidential campaign — his first campaign since Amy O’Rourke sold the company — is not using Stanton Street, according to Wancho. Wancho said he thought there wasn’t anything unethical about a candidate directing campaign funds to a business they own.

“What would be out of bounds is if the candidate abused the process and over-paid for goods and services just to enrich themself or their family. I expect the combination of campaign expenditure reporting and investigative journalism to work together to root out the situations where the candidate is abusing the system,” he said.

The only other federal candidate to report payments to Stanton Street was Democratic Rep. Veronica Escobar in 2018 as she ran to replace Beto O’Rourke in Texas’s 16th Congressional District, FEC records show.

He faced scrutiny in 2013 after purchasing Twitter stock before it was available to the general public, which ethics watchdogs said was a violation of House rules.

Beto O’Rourke faced backlash from local El Paso residents after supporting a development project that converted housing for low-income residents into a retail destination — an endeavor proposed by his wealthy father-in-law.