Presidential candidate Pete Buttigieg reportedly hit up Hollywood over the weekend, meeting with industry elite to garner support for his campaign.

South Bend, Indiana, Mayor Pete Buttigieg traveled to L.A. to meet with potential contributors to his campaign following his announcement to run in the 2020 presidential election. Buttigieg officially entered the race Jan. 23 and had little name recognition, but has jumped in some polls since then.

Buttigieg, 37, is a former naval intelligence officer, openly gay and speaks seven languages. The mayor stopped at Brillstein Entertainment Partners in Beverly Hills, and spoke with roughly 40 employees about universal health care, the Mueller report, climate change and tech monopolies, according to The Hollywood Reporter.

“I want the Republican party to spend the next generation with a very bad taste in its mouth about having let this happen,” Buttigieg said, according to the Reporter.

“We are all craving politicians who can bring us together,” Brillstein manager George Heller told the Reporter. “A lot of Dems seem to speak to only their own party, and I think Pete is more transformative and reflects a part of the country that most other Dems cannot access.”

Buttigieg got together with the founder of K5 Global, a media and finance advisory firm, according to the Reporter. He also recorded a segment on Bill Maher’s HBO show “Real Time.”

.@PeteButtigieg is just as charismatic in person as you’d hope. Being from Milwaukee, it feels inspiring to be able to support a gay candidate from the Midwest. pic.twitter.com/xSiQQzJPRk

While Buttigieg began as and remains an underdog, he has gained major traction in recent weeks. A poll put Buttigieg in third behind former Vice President Joe Biden and Vermont Sen. Bernie Sanders among Democratic Iowa voters. (RELATED: 2020 Contenders: Who’s In, Who’s Out and Who’s On The Fence)

“Pete Buttigieg is more likely to be the Democratic nominee than Joe Biden, according to PredictIt,” statistics site 538 founder Nate Silver tweeted Monday. 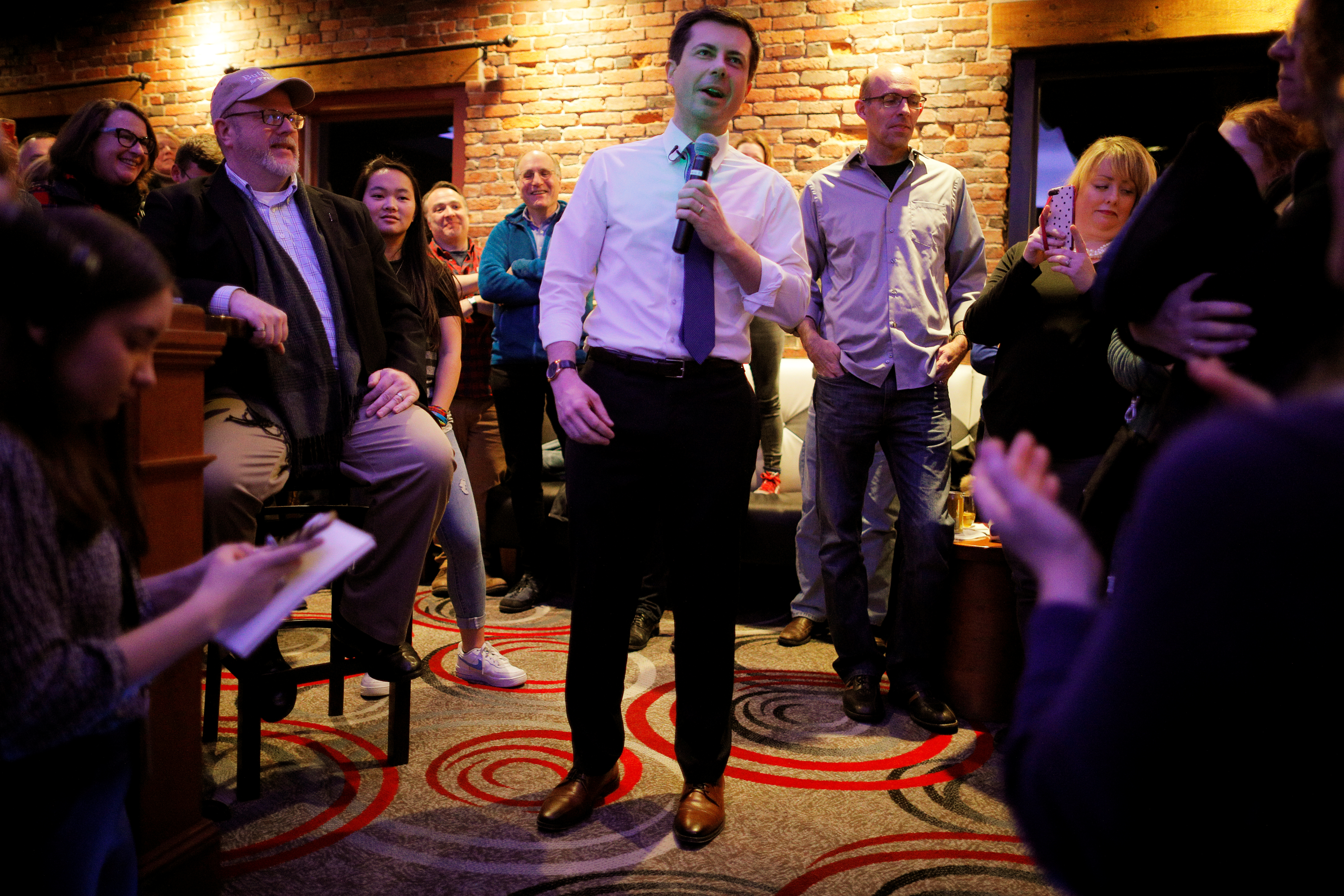 Democratic Sens. Kamala Harris of California and Cory Booker of New Jersey, both 2020 hopefuls, also made appearances in L.A. over the weekend. The two candidates appeared at the NAACP Image Awards and the Human Rights Campaign gala, according to the Reporter.

Buttigieg’s campaign did not immediately respond to The Daily Caller News Foundation’s request for comment.