Congressional Democrats set the stage for a major fight with the Trump administration over the full un-redacted Mueller report after voting to subpoena it from the Justice Department Wednesday morning.

BREAKING: The House Judiciary Committee has voted to authorize a subpoena for the full Mueller report and all of its underlying evidence.

NADLER says he’ll give Barr time to comply before issuing the subpoena. The vote, as expected, was entirely along partisan lines.

House Judiciary Chairman Jerry Nalder said he would give Attorney General Bill Barr “time to change his mind” about releasing the full report to Congress, but added “if we cannot reach an accommodation, then we will have no choice but to issue subpoenas for these materials.” The subpoena is particularly noteworthy because it also encompasses all the underlying evidence that special counsel Robert Mueller used to write his report.

The subpoena is likely to set the stage for a high-profile battle between Congress and the Justice Department over whether a fully redacted version can be turned over. Barr has not yet indicated how he will respond to the subpoena but it is unlikely that the full request will be honored.

Barr previously told Congress that he would provide a redacted copy of the Mueller report by mid-April and that the White House would not get a chance to publicly review it. “With assistance from the Special Counsel Mueller on redactions for a version of the Mueller report to be released, progress is such that I anticipate we will be in position to release the redacted report “by mid-April, if not sooner,” Barr wrote. (RELATED: Justice Department Delivers Mueller Conclusions To Congress, Determines No Collusion) 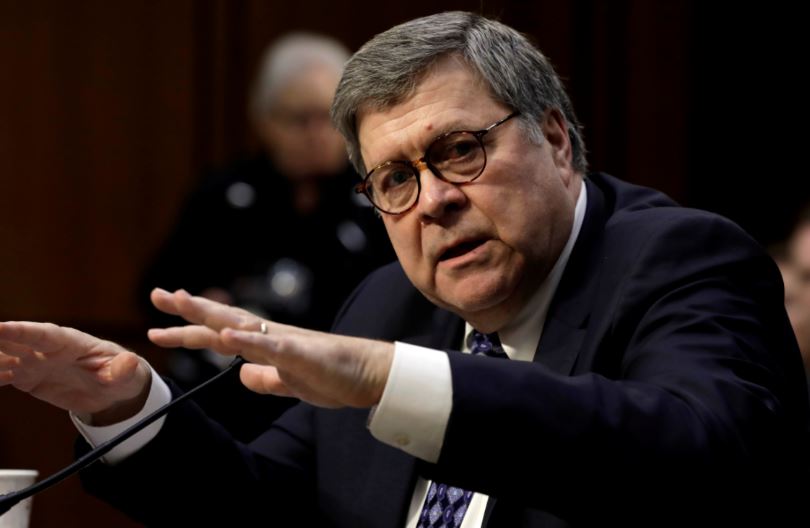 FILE PHOTO: William Barr testifies at a Senate Judiciary Committee hearing on his nomination to be attorney general of the United States on Capitol Hill in Washington, U.S., January 15, 2019. REUTERS/Yuri Gripas/File Photo

Barr revealed that the final report is approximately 400 pages in length excluding tables and appendices, and that the White House will not have a chance to review the document before it is released — with some redactions for national security purposes.

The attorney general took issue with characterizations from some Democrats that his Sunday letter to lawmakers purported to be a summary of the total Mueller report. Barr’s Sunday letter to lawmakers revealed that Mueller’s principal conclusion was that the Trump 2016 campaign did not collude with the Russian government and that there was not enough evidence to attempt to prosecute Trump for obstruction of justice.