The foundation, which was named after the journalist beheaded by ISIS, announced that Pompeo was chosen to receive the “2019 American Hostage Freedom Award” for his work in bringing American hostages home, including three Americans held in North Korea and Pastor Andrew Brunson, who was imprisoned in Turkey for two years. (RELATED: Andrew Brunson’s American Pastor Describes Harrowing Turkish Courtroom Experience)

The foundation opted to revoke Pompeo’s award after media partners promised to boycott the event, according to The Washington Examiner. The new recipient of the award is Brett McGurk, the former special presidential envoy for the Global Coalition to Counter ISIL, who helped win the release of Americans from Iran. 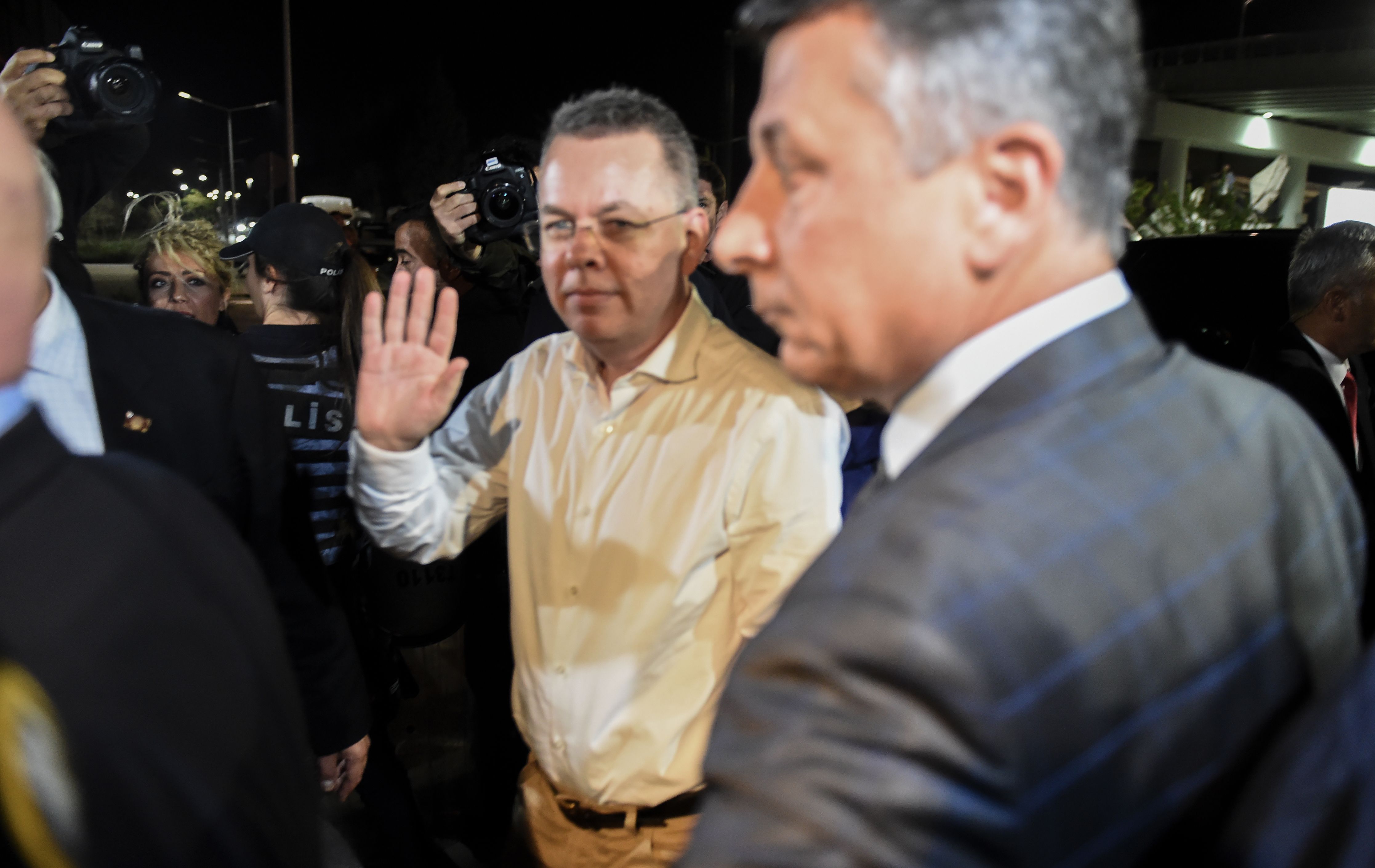 US pastor Andrew Craig Brunson waves as he arrives at Adnan Menderes airport in Izmir, on October 12, 2018 after being freed following a trial in a court in Aliaga in western Izmir province. (BULENT KILIC/AFP/Getty Images)

A State Department official confirmed to The Daily Caller that Pompeo was the original recipient of the award and that he was stripped of it. (RELATED: Pastor Andrew Brunson Kisses American Flag After Being Freed)

“The James W. Foley Legacy Foundation doesn’t comment on the deliberative process that goes into the decision to award our honorees,” Margaux Ewen, the foundation’s executive director, told the Caller. “We thank Secretary Pompeo for his extraordinary efforts to bring Americans home and are grateful for all that he and this administration have accomplished to prioritize the return of our citizens.”

“In particular we are thankful for the time he dedicated to meeting with families of American hostages on Tuesday. We look forward to working closely with Secretary Pompeo and this administration on these efforts to bring Americans safely home,” her statement continued. 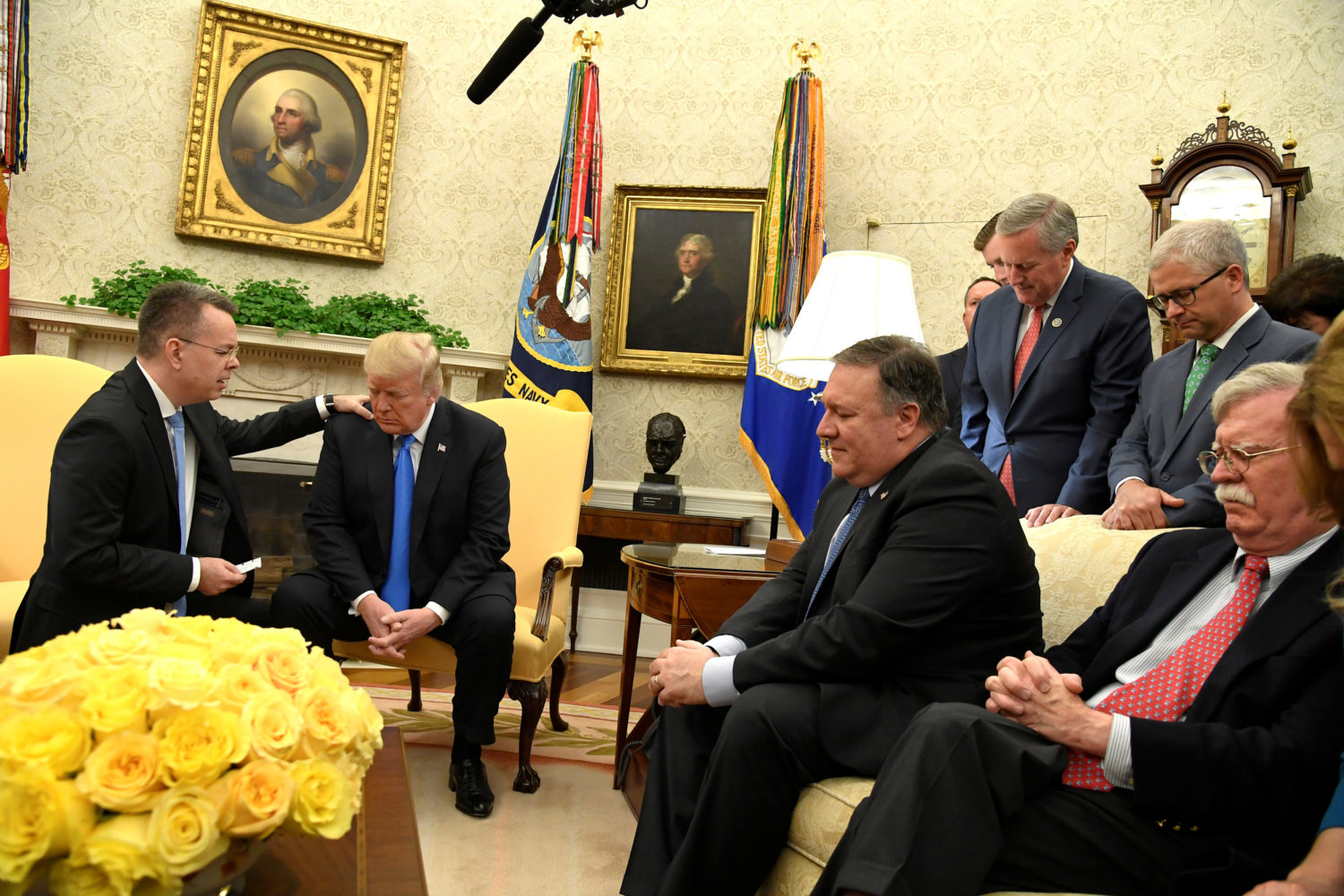 U.S. President Donald Trump closes his eyes in prayer along with Pastor Andrew Brunson, after his release from two years of Turkish detention, along with Secretary of State Mike Pompeo and National Security Advisor John Bolton, in the Oval Office of the White House, Washington, U.S., October 13, 2018. REUTERS/Mike Theiler

Following his loss of the award, Pompeo sent a letter to James Foley’s mother, Diane, who is the foundation’s president and founder. His letter included a list of the hostages that have returned under his leadership.

“I understand that the Foundation decided to rescind the Freedom Award and my invitation to attend the 2019 James W. Foley Freedom Awards due to pressure from its media partners and your fear, stated in your recent letter, that some guests at the dinner would not show my office proper respect if I attended,” it reads in part. “How sad is it that base politics and hatred have been allowed to creep into even this sphere of our national activity?”