Defeated Georgia Democratic gubernatorial candidate Stacey Abrams acknowledged Wednesday that she lost her 2018 gubernatorial race, but contended that she would not concede because a concession implies the race was “proper.”

“We had this little election back in 2018 and despite the finally tally and the inauguration and the situation we find ourselves in, I do have one very affirmative statement to make: we won,” Abrams told a crowd during Rev. Al Sharpton’s National Action Network Convention.

“I am not the governor of Georgia — remember I told you about my opponent? You see not only was he the Secretary of state he was also the architect of voter suppression,” she continued. “We can work as hard as we want, we can fight rights, but if you’re fighting against the system that is designed to oppress you, sometimes you got to fight a little bit longer than you think.”

Abrams is well-known for her consistent accusations of widespread voter suppression during the 2018 election cycle, which she further claims is racially motivated. Following her loss, she appeared regularly on cable news shows and at private events repeating those assertions. There has been no evidence to corroborate Abrams’s claims. 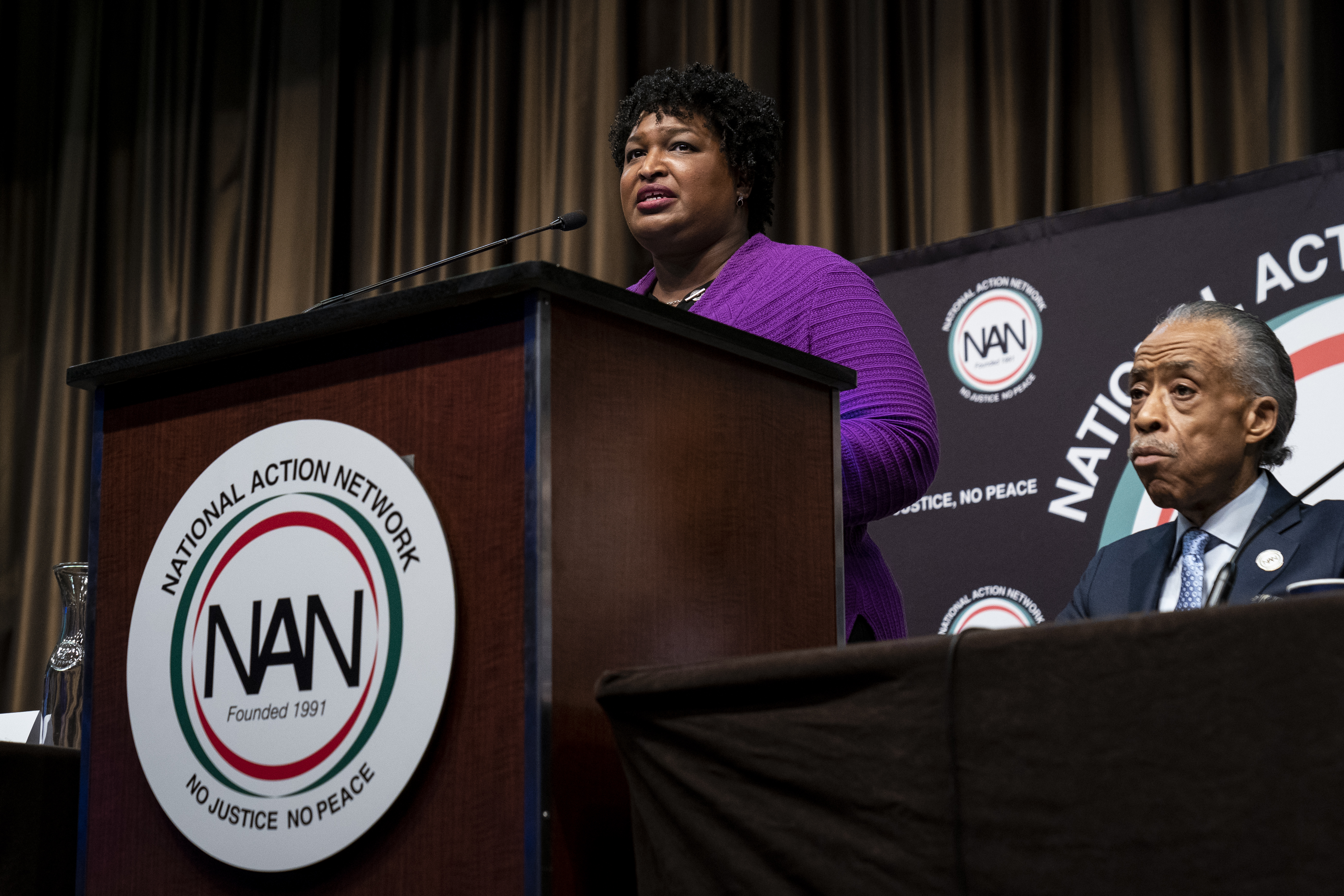 Abrams sued the state of Georgia in November over the allegations of voter suppression. Interestingly, the lawsuit condemned legislation that Abrams herself helped pass while serving in the Georgia legislature. (RELATED: Stacey Abrams Is Not Holding Virginia Democrats To The Same Standard As Brett Kavanaugh)

“On Nov. 6, I said from the podium that we were going to not declare anything until every vote is counted, and on Nov. 16, I decided to acknowledge the states of the election but I refused to concede, because here’s the thing concession means to say something is right and true and proper,” she told the crowd.

“I’m a good lawyer, and I understand that the law of the land said that Brian Kemp became governor that day and I acknowledge that, but you can’t trick me into saying it was right,” Abrams added. “You can’t shame me into pretending what happened should have happened.”