NEW YORK CITY — South Bend, Indiana, Mayor and 2020 presidential candidate Peter Buttigieg walked back comments he made in 2015 when he said “all lives matter.” (RELATED: Pete Buttigieg Said ‘All Lives Matter’ In 2015)

Buttigieg was delivering remarks at the National Action Network convention Thursday when he said, “Black lives matter,” a reference to the protest movement of black activists in 2013 that launched as a result of violent interactions between law enforcement and black men.

“It should enhance — not diminish — the value of a good police department when we assert what should go without saying, but in these times must be said clearly and again and again, that black lives matter,” Buttigieg said. 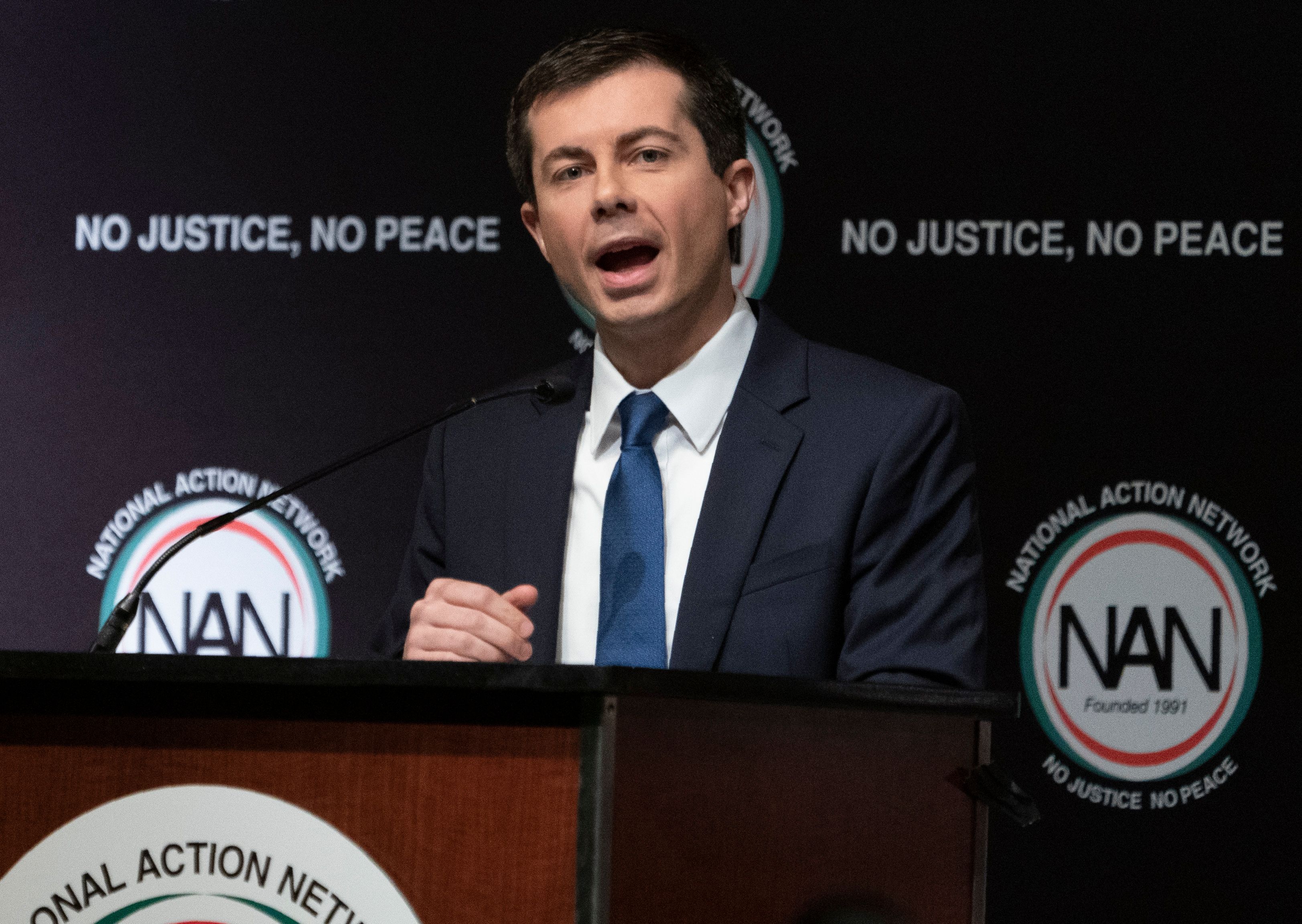 “So, a national agenda on criminal justice reform means not only enhancing policing in a more racially and just way — not only challenging discriminatory practices and existing laws — but addressing the harm done by things like the decade long war on drugs. It means reversing and recognizing the harms of mass incarceration,” he added.

The comments were in sharp contrast to his statements in 2015 when he was forced to address the building problems between the South Bend’s police department and the black community.

“There is no contradiction between respecting the risks that police officers take every day in order to protect this community, and recognizing the need to overcome the biases implicit in a justice system that treats people from different backgrounds differently, even when they are accused of the same offenses,” Buttigieg said in his  State of the City speech. “We need to take both those things seriously, for the simple and profound reason that all lives matter.”

The 2015 remarks were made just three years after Buttigieg forced out the city’s first black police chief.

Following his remarks at NAN, reporters asked Buttigieg how his current comments about Black Lives Matter differ from his 2015 thoughts on the issue.

“So at that time, I was talking about a lot of issues around racial reconciliation and … what I did not understand at that time was that phrase just early into use especially into 2015 it was coming into use as sort of a counter-slogan to black lives matter,” Buttigieg said.

Buttigieg went on to say that, “So, the statement … actually wound up being used to devalue what the Black Lives Matter movement was telling us, which was what we needed to hear, because, unfortunately, it was not obvious to everybody how black lives were being valued in the streets.”

“So, that is the contribution of Black Lives Matter, and that is the reason why — since learning about how the phrase was being used — I have stopped using it,” he added.

Buttigieg, who confirmed to NAN President Al Sharpton he wants to see the abolishment of the death penalty, also agreed that national legislation should be passed so ex-felons should have the right to vote.

Additionally, like Democrat presidential candidates Beto O’Rourke and Julian Castro, the Indiana mayor also supported a commission to study reparations for descendants of blacks should be established.