The pilots aboard Ethiopian Airlines Flight 302 followed proper procedure and guidelines before its deadly crash, according to a preliminary report.

“The crew performed all the procedures repeatedly provided by the manufacturer but was not able to control the aircraft,” Ethiopian minister of transport Dagmawit Moges said at a Thursday news conference, announcing the initial findings of an investigation into the crash, CBS News reported.

The Ethiopian Airlines 737 Max 8 plane crashed March 10 shortly after takeoff, killing all 157 people on board. A Lion Air Boeing airplane also crashed in October 2018, in what analysts are calling a potentially similar series of events involving the malfunction of the plane’s Maneuvering Characteristics Augmentation System (MCAS) system. (RELATED: Norwegian Air Expects Boeing To Foot The Bill For Aircraft Groundings)

“Despite their hard work and full compliance with the emergency procedures, it was very unfortunate that they could not recover the airplane from the persistence of nose diving,” Ethiopian Airlines said in a Thursday statement.

Witnesses described a cloud of white smoke and debris trailing the plane before it crashed.

A fuller picture including all the elements contributing to the plane’s crash has yet to emerge. 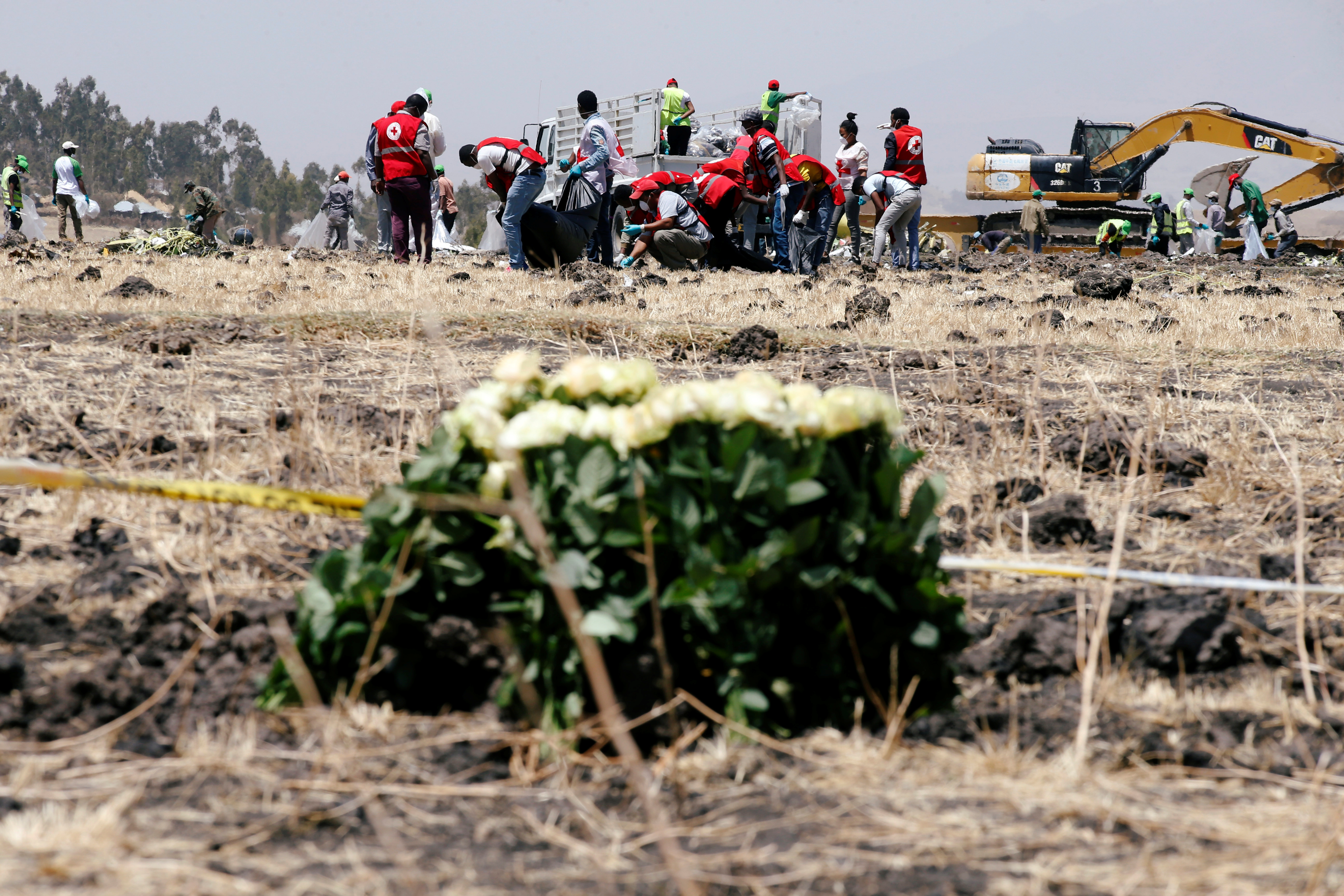 Members of the Ethiopian red cross search for remains at the Ethiopian Airlines Flight ET 302 plane crash before a commemoration ceremony at the scene of the crash, near the town of Bishoftu, southeast of Addis Ababa, Ethiopia March 13, 2019. REUTERS/Baz Ratner

Following the crash, numerous airlines announced they won’t fly any of the 737 Max planes until authorities determine what went wrong and confirm other planes won’t suffer the same fate, CNN reported.

The ongoing investigation into the crash is expected to conclude within a year.