A humanitarian aid ship with 64 migrants on board was refused entry into Italy and Malta Thursday and is now stranded in the Mediterranean Sea, according to The Associated Press.

Belonging to the German humanitarian organization Sea-Eye, the ship is far too small for the current capacity and has cramped conditions that have left migrants sleeping on deck as a storm is approaching. Within the rescued migrant group is a newborn baby and a child, said the group. (RELATED: Hundreds Of Syrian Refugees Drowned After Italy Refused To Help)

“We have no idea yet where we can disembark,” Carlotta Weibl, a spokeswoman for Sea-Eye told AP. “Malta says we can’t enter their waters and we are unlikely to get permission from Italy.” 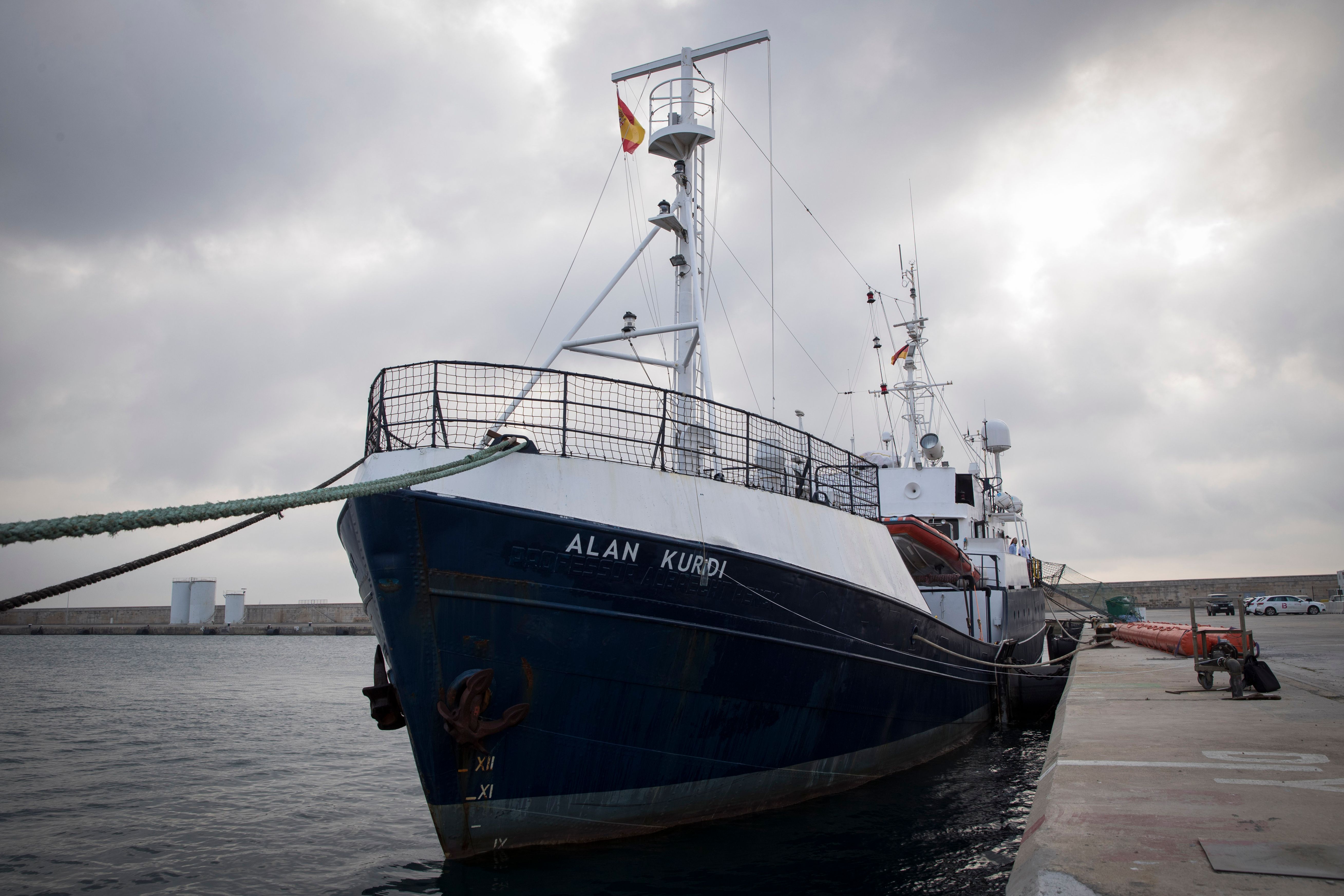 A picture shows the Sea-Eye rescue ship named after Alan Kurdi during its inauguration in Palma de Mallorca on February 10, 2019. (JAIME REINA/AFP/Getty Images)

Named the Alan Kurdi, the ship rescued the migrants near Libya on Wednesday while searching for another smuggling boat carrying 50 people that has been missing since Monday and 40 other migrants missing at sea since last week.

“The chances are low that they are alive,” said Weibl.

Denying an entrance to the country, Italy’s interior minister Matteo Salvini told the ship to “go to Hamburg” because it is a German ship. However, Weibl says a trip to the European country is “out of the question,” as the ship does not have the food or water necessary for the lengthy trip. (RELATED: Italy Ready To Veto EU Budget Over Immigration Crisis)

“It’s a journey of three to four weeks (to Hamburg),” said Weibl. “We don’t have food and water, so it’s completely out of the question.”

The current refusal by Italy and Malta is not the first time the two Mediterranean countries have blocked access to migrant rescue ships. The two countries blocked ships carrying hundreds of migrants twice in June and created a standoff between European countries on who will allow the ships. One ship was accepted in Spain and the other was eventually let into Malta. (RELATED: Matteo Salvini Wants Malta To Open Its Ports For Migrants) 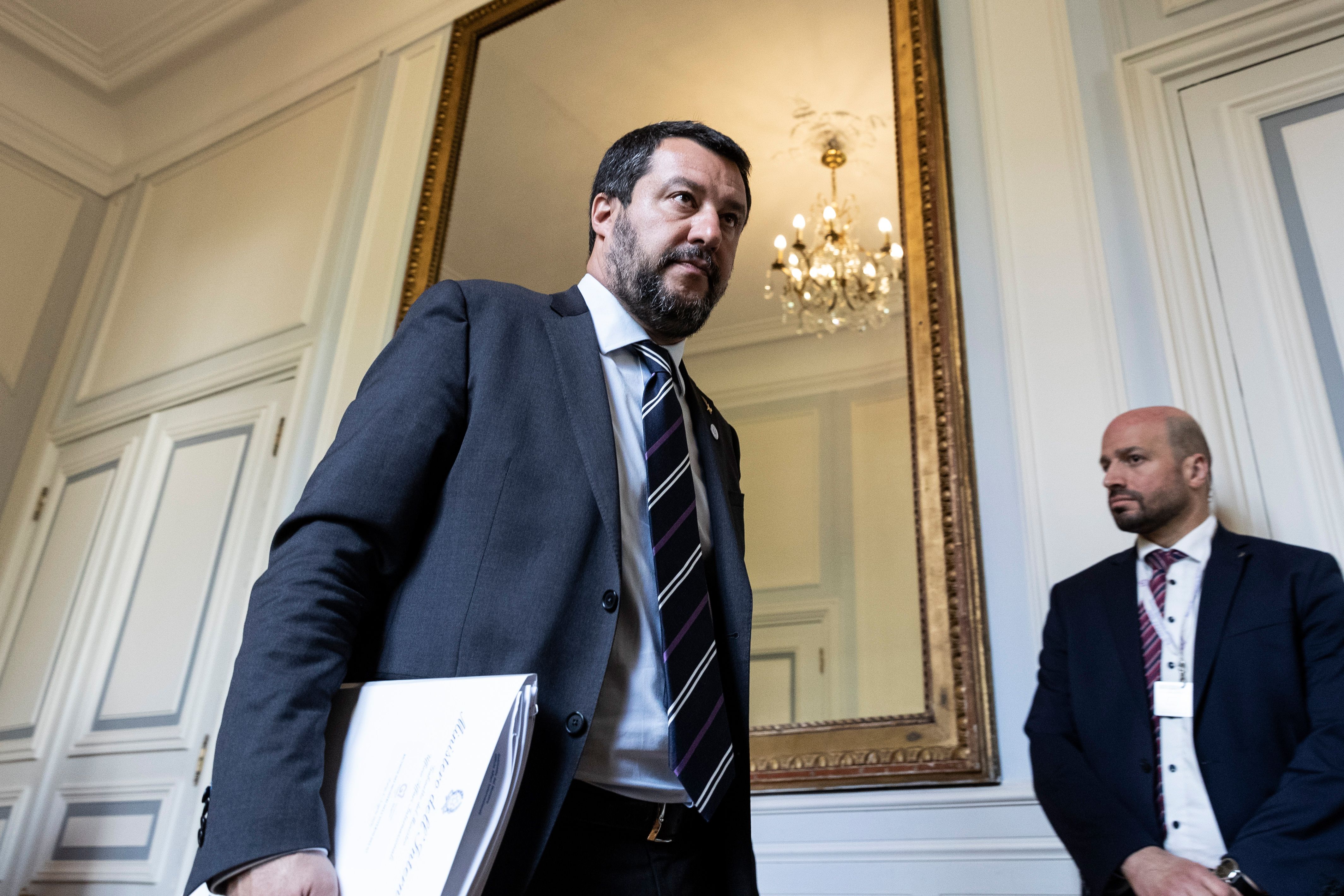 Italys Interior Minister and deputy Prime Minister Matteo Salvini (R) walks towards a meeting at the Ministry of Interior, Place Beauvau, in Paris on April 4, 2019 to prepare the G7 Summit in Biarritz which will take place from August 25 to 27, 2019. (KENZO TRIBOUILLARD/AFP/Getty Images)

Weibl said that the Alan Kurdi ship, which is named after a three-year-old Kurdish boy who drowned in 2015 after fleeing Syria, is currently the only humanitarian ship operating in the Mediterranean due to governments denying aid ships to operate.

After saving thousands of migrants, the search and rescue ship Aquarius ended its operations after being unable to find a flag to sail under. The charity that operated the ship, Médecins Sans Frontières (MSF), said that it was forced to terminate operations due to a “smear campaign” by European governments.

“This is a dark day. Not only has Europe failed to provide dedicated search and rescue capacity, it has also actively sabotaged others’ attempts to save lives,” said Vickie Hawkins, head of MSF UK.